Save
The Blog As A Museum: Meganom Makes its Online Exhibition Debut with Thngs
Share
Or
Copy

Our experience of information is changing. We now consume more and more information digitally, with much of this being non-textual. Videos, photos and GIFs have become commonplace, with technology allowing these mediums to be as easily shareable as text. This gives way to another trend: the increase in the number and accessibility of online platforms. Not only is more information being digitized, but more dynamic ways of digitization are being developed; multimedia articles and online exhibitions, for example, hope to provide a more engaging way of sharing information. 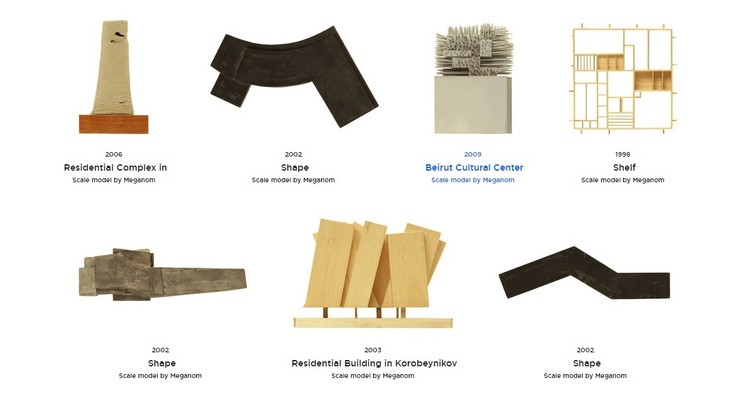 Architects are getting in on this online exhibitionism too, with Moscow-based architecture firm Meganom having their debut cyber "show" on Thngs. Each "show" is a curated collection of archived objects, with Meganom’s online exhibition featuring their architectural models from the past 18 years. Clicking on a model gives further information on its dimensions, weight and materials, with the entire group accompanied by a mini essay and timeline.

But what exactly is Thngs, the host behind these online exhibitions? Seeking to be a Wikipedia of physical objects, Thngs is an online archive providing photos and information on hundreds of objects, from 40,000 BC through to today. They put forth the argument that “each thing is a source of objective information about our past, present, and even future.” Thus, the digital archive is a response to the fact that “the physical preservation of all things is not possible, but we can preserve information that things contain.” Their shows complement this larger archive, giving further insight to selected groups of related objects, like the Meganom models.

Thngs differs from websites like Thingiverse or WikiHouse, as its catalog is purely a cultural exercise rather than a functional one. Rather than providing for the production of large numbers of new objects, it records those that have already come into existence. There is poetry in this, a respect for the many physical things that surround us and make up our world. The Thngs team appears conscious of this sentiment and the difference between recording and reproducing. Its shows are one such attempt to provide a function that differentiates them as a website that records instead of reproducing. This differentiation is further seen in the website as a whole, which is especially beautiful and crisp—making it feel like you’re really "visiting" somewhere special.

However, until Thngs catalogs every single physical object that has come into existence (which is near impossible), there is unavoidably a conscious process by which someone chooses what to include in and exclude from the catalog. This is where Thngs begins to stray from its goal.

A search for "chair" is a good example of this, with the results largely being upscale, Eurocentric designer furniture (though other categories, especially electronics, also include pop culture icons such as the original iPod or GameBoy). Commonplace chairs that are in other ways also iconic, like school chairs and bus seats for example, are currently left out. This implicit bias ultimately jars against Thng’s democratic aim of providing comprehensive, objective information. So perhaps what is needed is a method of selecting objects which is as fresh and innovative as their way of displaying objects, and a self-awareness of their role as curator. Otherwise, Thngs falls back into an old-fashioned approach to curation despite its contemporary platform.

Fortunately for Thngs, other institutions have already begun to set a precedent in this regard. Of note is the V&A Museum’s “rapid response collecting,” where items are “collected in timely response to major moments in history”—meaning that it is society, rather than a curator, who dictates the importance of an object.

When selection of an object is based upon its position as a topical, culturally charged artifact, the selection process is also vastly shortened. This is a huge breakthrough for a museum that has, for most of its history, rejected items less than fifty years old. There is also opportunity for open discussion over what items should be considered, via the hashtag #rapidresponsecollecting. Considering these elements make up the V&A’s approach to “the museum as a blog”, it would be fitting for Thngs—the blog as a museum—to take on a similar methodology.

Furthermore, though Thngs mentions future hopes to “provide possibilities for the re-creation of things,” transforming the “digital form back into the physical” with accompanying files for 3D printing, the website currently lacks this feature and relies solely on photographs to represent the object. These three-dimensional models, as well as other modes of representation such as videos, would certainly give Thngs a more convincing presence, pushing it towards the realm of projects like the Million Image Database Project, which preserves at-threat artifacts through 3D documentation.

There are many innovative aspects to a project like Thngs, and what it has already achieved is undeniably a beautiful contribution to the growing world of digital archives. But if it’s to reach its full potential it is not a technological, but a human issue that is of central concern: how best to achieve an objective curation of objects. 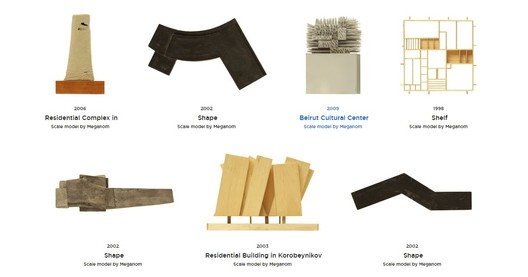