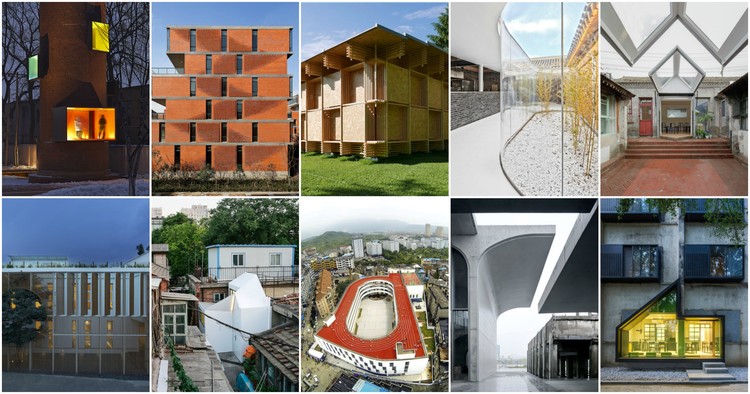 Led by principle Ruan Hao, LYCS is one of the most diverse young design practices in China. Based in Hangzhou, the practice has a team structure of 3 partners and 2 associates to allow the firm to operate at all scales, from Masterplans to their infamous Cat Table.

LYCS are one of the first young architectural practices in China to explore the typology of urban schools with the Roof Track School. The practice claims to be invested in critical issues of design building, urban development, and construction within China.

Duo Xiang Studio is a Beijing-based studio which explores everyday objects, focusing on appropriateness. This fresh approach has led to an interesting array of works from the Comb Chair, made out of hundreds of combs, to the Vanke Pavilion as a part of the 2010 Shanghai World Expo.

A research-based practice, META-Projects focuses on discovering and responding to the unusual socio/cultural potential of Asian cities. From the ‘Regeneration-by-intervention’ of their own office, (a courtyard house in the Hutong laneways of ancient Beijing), to the research-based projects designed in collaboration with Vanke (one of the largest real estate developers in China). META-Projects has been very demonstrative of the renewed desire of local architects to connect architecture to its social environment.

He Wei has carved out his architectural approach from his background as a researcher and professor at the Central Academy of Arts (CAFA) in Beijing. With a passion for China’s minorities vernacular architecture and concerns over the future of China’s villages, Hei Wei is seeking to create a dialogue between the past and the potential future of China’s leftover buildings.

ArchStudio first caught the attention of local and international media with their visually seductive and contextually sensitive interventions within historic parts of Beijing. Their breakthrough project, the Hutong Tea House in Beijing uses a ‘curvy corridor’ to physically link and repair the relationship between the past and present while providing the necessary modern day creature comforts.

More recently, they have extended their approach to renovation of industrial era spaces and striking new structures such as the Tangshan Organic Farm, winner of ArchDaily’s Project Of The Month for November.

Zhu Jingxiang started his career by building a lot and fast, caught up in the fast pace development of mainland China. After designing over 100,000 square meters of buildings in his early career, he took a professor position at the Chinese University in Hong Kong to take a break to research and teach. However, the devastating Sichuan earthquake in 2008 drew him into a crusade of design custom, prefabricated and economically viable buildings for disaster prone zones worldwide.

More recently he has extended the scope of his work practically and geographically. Zhu was one of the principle designers/participants in the China pavilion at the Biennale with his Dou Pavilion, while his innovative light-weight system and post-disaster reconstruction projects have extended beyond remote parts of China to Africa.

Perhaps young is not the most appropriate way to categorize Atelier Deshaus, as both of the partners, Chen Yifeng and Liu Yichun are both seasoned architects who have been through the largely unknown Chinese system of Design Institutes.

However, the refreshing designs of Atelier Deshaus surprise time and time again, ranging from the brutalist beauty of the Long Museum West Bund to their recent art installation Blossom Pavilion.

Based in Shanghai, Archi-Union combines digital technology and craftsmanship through a low-tech, locally sensitive digital fabrication method of ‘Digital Tectonics’.

The use of digital fabrication extends beyond facade treatments and mere aesthetics to the transformation of circulation flows and folding of space itself in projects such as Fab-Union Space on the West Bund.

O-Office, unlike most other offices on this list, is located in the southern Chinese city of Guangzhou. Having experienced the Chinese urbanization climax first hand from their local context, the firm now seeks to exploit architectural design as a critical instrument for research on our spatial and economic reality.

The transformation of the top floor of Guangzhou’s oldest beer factory into the Silo-top Studio was one of the studio’s first projects, complete with 38 meter high terraces overlooking the city’s old downtown.

People’s Architecture Office believe architecture is for the masses, in fact, it is the masses that inspire their work. From their Courtyard Plugin's within which a modular system is integrated into century-old houses to enable them for modern living, it is clear to see that PAO’s architecture is not based on form or pure aesthetics but everyday realities. 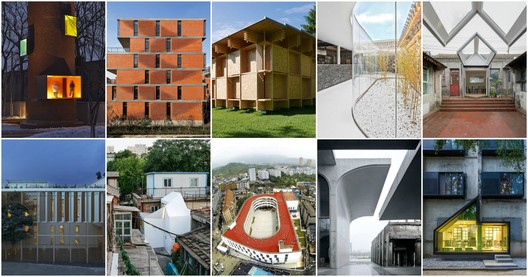