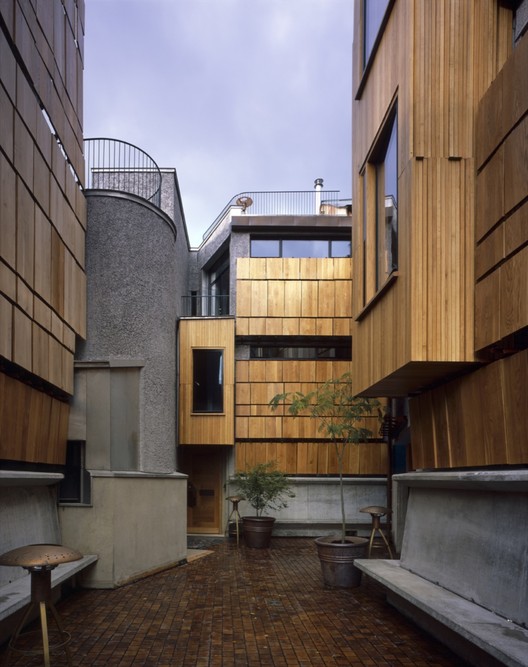 Text description provided by the architects. Walmer Yard is the first residential scheme in Britain by Peter Salter, the internationally acclaimed teacher and architectural designer. Seven years in the making, four finely crafted houses built around a shared courtyard in Notting Hill are now being shown to the architectural press.

The houses reflect Salter’s unique approach to the design of spaces for living. The structure, volumes and materials are employed to create a series of rooms and circulation spaces that are precisely tuned to domestic use, private peace and sensory experience.

The scheme offers an alternative ambition for contemporary domestic architecture: it uses a combination of new, old and non-standard materials selected for fitness for purpose rather than ease of construction, convenience or cost. The design and construction has as a result involved painstaking experimentation in materials and techniques, exacting craftsmanship and successful compliance with regulations for non-standard approaches.

Cast from in situ poured concrete, structured around rectangular and elliptical stairwells, each house fits within an interlocking plan around an acoustically adjusted timber-lined courtyard removed from the street. The floors are a single unrestricted span supported by the stairwells, creating flexibility and extending space and circulation as well as allowing the play of light deep into the rooms across smoothly moulded concrete ceilings.

Each of the interior rooms and the connections between them are designed to be experienced from within; the complex interplay of structural form and material textures, light and shadow, colour and sound are the result of decades of teaching by Salter and his team at the Architectural Association and other leading architectural institutions in Britain.

The houses were commissioned by developer Crispin Kelly to demonstrate the potential of Salter’s drawing, design and engineering skills. Having worked with Alison and Peter Smithson in the 1970s, Salter built his reputation as a teacher at the Architectural Association and since 2006, as Professor of Architectural Design at the Welsh School of Architecture, Cardiff University. He has taught many of the leading architects practising in the world today.

It is the crafted appearance of in-situ concrete, a reflection of its handmade form and manipulation that prompted its use at Walmer Yard. It carries the imprint of a bespoke craftsmanship; its scale of construction in tune with the other material elements that form the interior of the houses. In-situ concrete offers a sense of permanence to the architecture of the room; its density and massiveness of fabric providing quietness and a stillness for sleep.

Concrete belies its 20 year indemnity on workmanship and material. Its degree of permanence, through age, offsets the embodied energy used in its making. Ground and granulated blast furnace slag, a byproduct of the iron and steel industry commonly known as GGBS, is used as the finest of fine to replace 38% of the cement content of the concrete matrix, to further offset embodied energy.

The concrete structure, a mixture of frame and spandrel panels, forms a table-like construction over the underground garage. The tabletop slabs are highly reinforced, to transfer loadings across the floors to the elliptical staircase drums on the periphery of the site.

Close living between dwellings requires quietness and privacy. The concrete walls surrounding the periphery of the courtyard provide a buffer against the airborne  sound of the room and contribute to the acoustic renders, rigid insulation and timber louvres  that dispel sound from the  external central space. This tuned fabric between room and courtyard is a technical space – it presents surfaces and enclosure to the rooms, whether those rooms are inside or out. The concrete spandrel of the bedroom is cast to receive a low level window, from which to view from the bed  the early sunshine or morning light. Sitting on the bed, the procrastinating early riser is offered another window. The spandrel wall is divided by construction joints, grooves that separate head height, concrete cast in a phenolic-  faced formwork, with that of the lower wall casting using birch-faced formwork. The differences between formwork surface are startling, with the smoothness of the phenolic construction reflecting light to the extent that it appears almost white, set against the birch faced-forms in which the imprinted grain collects shadow - a soft darkness. The phenolic cast wall overhead connects to the soffit of the slab above, making a visual reconnection with its smoothness and reflectivity. By lining the soffit formwork with a wide roll of linoleum, the soffit is cast with minimal joints and is smooth, in some places even shiny.  This soffit connects to a ceiling-high window that enables light to illuminate and pan across the ceiling, penetrating the room to a depth of 2.00 m. The concrete spandrels contribute to a patchwork of material finishes to the rooms that work together as textures, complementing chopped straw clay renders and the exposed welding of the carbonized steel bathrooms. The use of phenolic and birch-faced plywood becomes a vocabulary that is used throughout the project.  It anticipates the graduated light quality that occurs as occupants move from shadow to light. Walls at ground level are constructed as double skin concrete, using different forms for internal and external surfaces.

Just as the interiors are governed by a rule system of concrete finish, so too other concrete surfaces carry a hierarchy of finishes to enable architectural decision-making, judgment and reading. The concrete retaining walls of the basement level media rooms and car park follow the striation of day joints with triangular fillets  of protruding concrete, which later got struck back to form a series of stepped datums revealing an exposed pebble matrix, almost like the remnants of a shoreline. The recognition of this surface plots the edge of the site and the party wall.

Perhaps the most complex surfaces of all are the board-marked concrete walls that describe important elevations. This arrangement of board marking can be seen on the front elevation to Walmer Road and its return as a solid balustrade up the stepped ramp to the courtyard beyond. Because of the difficulty in connecting the sections of boardwork of random strip design, each length of formwork was built complete and shipped to site ready for placement. One timber form approx. 9m. in length weighed 7 tonnes and was lifted by crane into place. Following trial castings, the formwork was faced with strips of wire-brushed redwood. The redwood varied in section between 40mm and 70mm high and was chosen for its graining. A design of inset and protruding redwood strip was decided upon, whereby each protruded run of concrete was set 5mm beyond a hypothetical face; similarly, inset runs of concrete were set back 15mm from the face. The finished concrete board marking produced particular light striations and variations across it surface. The protruding concrete produced shelves of white daylight and the recessed elements deep shadow - an amazing ensemble of striation, almost a fixed geology or a sea washed eroded cliff.

In-situ concrete wall panels were cast at each front door to signify entrance. These fluted elements were regarded as door cases similar to the fluted and reeded timber door cases of Georgian houses. Each concrete flute perfectly describes the finger.

The floor slabs were screeded with a  small brown Thames river gravel and large black Scottish river pebbles. These were ground back to form a terrazzo finish and a threshold to the timber floors beyond. In other places, concrete floor surfaces were struck with a ‘three stone’ floor design similar to that of a lime-bedded Japanese floor.

As with all in-situ concrete work, aggregate bridging and other anomalies become “par for the course”.  Such imperfections required a strategy, a judgement: to leave or to treat. What was clear was not to cover it up!  The majority of aggregate bridging was left as an indentification of process. Others were framed and scabbled back .  Scabbling became the preferred option, as it offered an alternative and unpredicted surface. 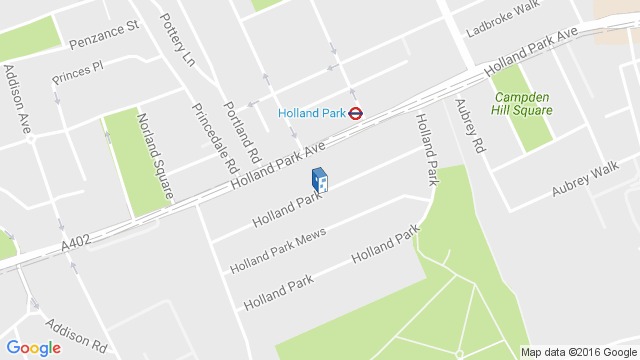 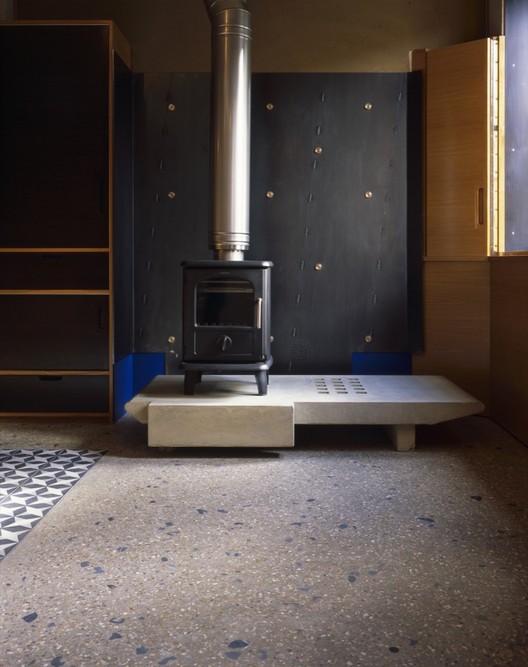