BIG’s VIA 57 West has been unanimously chosen as the winner of the 2016 International Highrise Award (IHA) for the world’s most innovative highrise.

One of the world’s most important architectural prizes for tall buildings, the award is presented by Deutsches Architekturmuseum (DAM) every two years to the project that best exemplifies the criteria of future-oriented design, functionality, innovative building technology, integration into urban development schemes, sustainability, and cost-effectiveness. 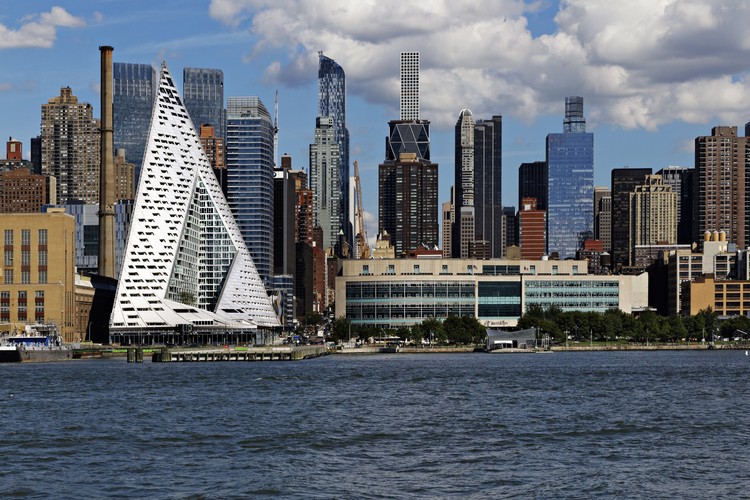 Described by DAM as a “grandiose building sculpture [representing] a varied and sensual experience from all perspectives,” the winning project was selected from over 1500 highrises commissioned worldwide over the last two years, which was narrowed down to 30 nominated buildings and later a 5-strong shortlist.

“It is a great honor that VIA 57 West receives the International Highrise Award 2016,” said BIG founder Bjarke Ingels. “It is a rare new breed of building combining the communal qualities of a european courtyard with the density and views of a highrise. I see this prize as an invitation for us and others to think differently about how we want inhabit our future cities”

In the west the site is separated from the Hudson River by a multi-lane motorway, in the north stands a historical electricity plant, in the south there are the noises and smell of the newly built waste sorting centre, while a conventional, blue-glazed, 130-metre-high residential tower rises up in the east, whose view of the Hudson River may not be obstructed - these were the unattractive framework conditions in the very mixed district “Hell’s Kitchen”.

The architects responded to this with the innovative concept of a “courtscraper”. The hybrid of an American high-rise and a European perimeter development turns away from the building to the north-east and is orientated towards a green interior courtyard. The balconies integrated into the roof surface afford protected views of the Hudson River in the West. Almost all of the 709 apartments enjoy a view of the river and the sunset, which would have been geometrically impossible for a normal perimeter development. This sculptural prototype therefore offers a quiet, sheltered oasis within the loud city, without being closed off from it. BIG Architects have created great innovations with this building.

“Basically, this project is a major milestone for housing, and not only in the extreme residential market of New York,” said DAM Director and jury member Peter Cachola Schmal.

“It not only brings in an exciting new typology, a hybrid of a skyscraper and a perimeter development, but also shows how impulses from current European movements, building groups, and cooperatives can be applied to quite different residential areas. The metropolitan inhabitant residing alone is no longer lonely, but finds the necessary social contact with like-minded fellow beings within the same block. “

The Jury also awarded a special recognition to the Housing & Development Board (HDB) of Singapore for their “exemplary leadership as a public agency realizing innovative high-rise sustainable residential community projects.”

An exhibition on all 30 nominated projects, titled “Best Highrises 2016/17 – International Highrise Award 2016,” will be on display at Deutsches Architekturmuseum in Frankfurt from November 4, 2016 through January 15, 2017. 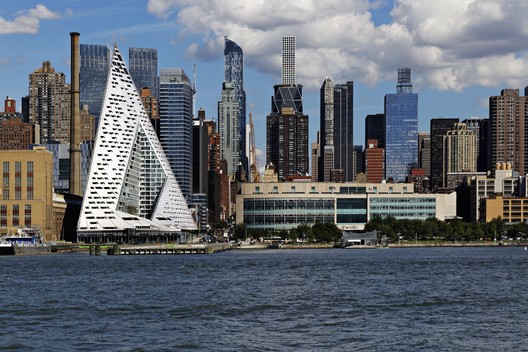