Wang Shu (born November 4, 1963) is a Hangzhou-based architect and dean at the China Academy of Art, known for his thoughtful resistance to what he considers “professionalized, soulless architecture.” His honoring of local tradition, environment, and craftsmanship saw him become the first Chinese citizen, and one of the youngest people overall, to receive the Pritzker Prize in 2012 for "an architecture that is timeless, deeply rooted in its context and yet universal.” 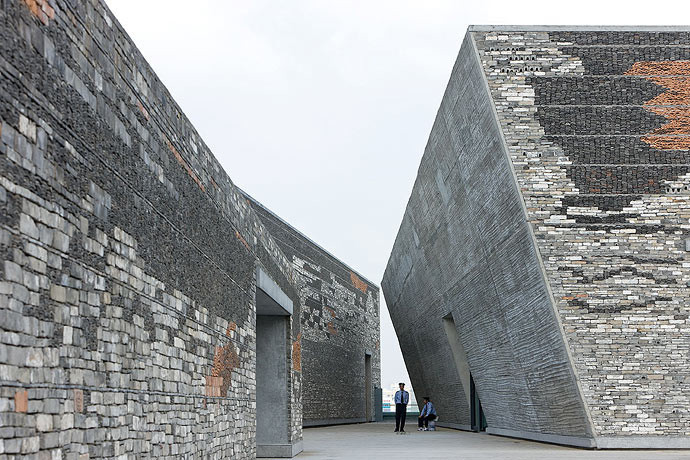 Wang undertook his architectural studies at the Nanjing Institute of Technology, graduating with a Bachelor’s degree in 1985 and a Master’s in 1988. He then moved to Hangzhou, where his first architectural work took the form of a youth center in the nearby town of Haining, completed in 1990.

Following this, he took a notable break from designing, committing instead to almost a decade of hands-on building experience where he learned directly from craftsmen. This knowledge would come through in the work produced by his own firm, Amateur Architecture Studio, which he co-founded with Lu Wenyu in 1997. The work Wang is known for (and which he was awarded the Pritzker) was achieved in collaboration with Lu causing some controversy at the time of the award. However, though Wang agrees that credit is due, Lu wants little of her husband’s spotlight, stating that she would not want a Pritzker and is wary even of interviews, saying “in China, you lose your life if you become famous. I want a life and I prefer to spend it with my son.”

Notable buildings from Amateur Architecture Studio include the Xiangshan Campus of the China Academy of Art and the Ningbo Historic Museum. Both buildings show Wang’s respect for the agency and narrative of material, with the Xiangshan Campus reusing over two million salvaged tiles from demolished houses, and the Ningbo Historic museum employing building rubble in rammed earth wall construction. As Grace Ong Yan wrote for the Pritzker website, the use of what would otherwise be local waste “is at once a rejection of China’s demolition and renewal projects, and a way to ensure continuity of the region’s history in its new construction.”

See more of Wang Shu's work via the thumbnails below, with links to further articles below those:

Kenneth Frampton On The Work of Wang Shu and Lu Wenyu

Wang Shu Honored as One of TIME 100's Most Influential People

Wang Shu: "Architecture is Not Just an Object That You Place in the Environment" 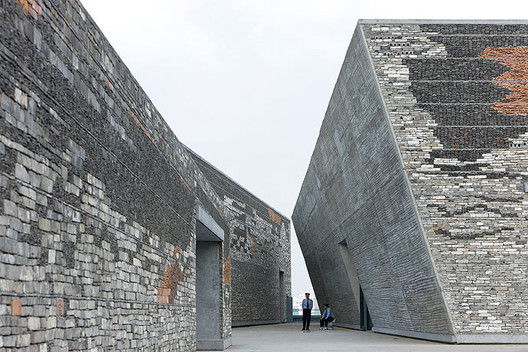