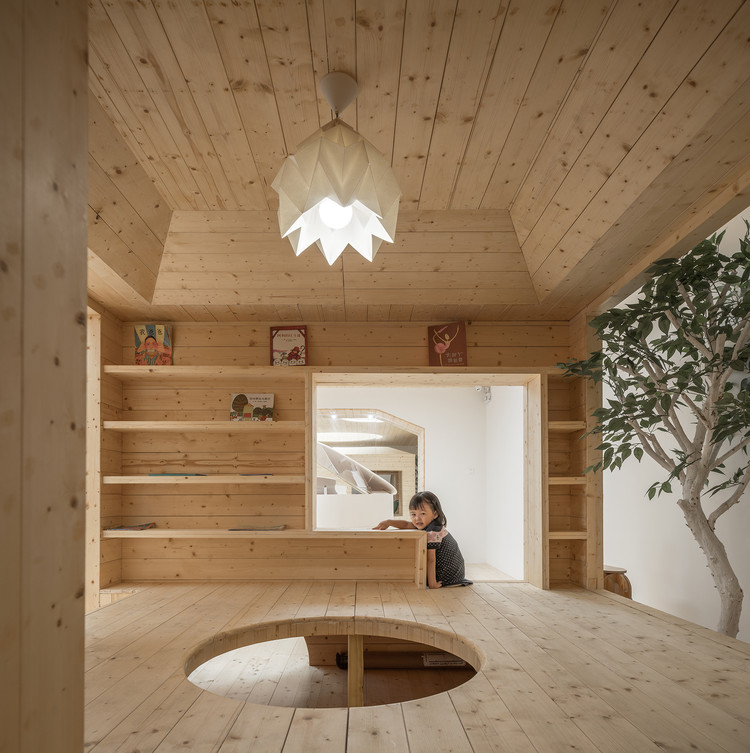 Text description provided by the architects. As a mother and a designer, she was not satisfied with growth centers in Shanghai, finally, she got a chance to design one by herself.

The Designer decided to build a space that is completely belong to kids, rather than using  concrete figurative that many adults believe kids will prefer. Thanks to the restriction of facade, an inner world was gained.

Offices and Parents’ room are on the Basement, classroom is on the Second floor. Both parents and kids can use the first floor. It can be regarded as a new world wrapped by the continuous pine veneer, including floors and ceilings.

There is a small wood house in the center of the new world, kids can do whatever they want.

The continuous veneer brings a transitional space between the kids’ inner world and the outside normal life.

This is an elaborately world created by a mother. ‘If you don’t go through the world, you will never know where your spirits and feelings belong to. Once you travel around the world, we can never go back to the wonderland. At the moment when we begin to looking for something, we begin to lose something. But we won’t realize the value of normal life until starting to chase something.’

Everyone is a kid, although only few of us remember it. As a mother of six-year-old girl, sometimes I found it is my kid shows me the world rather than I teach her. Children believe there is a wonderland, they dream impossible things become possible. They can find pleasures even from the most normal things in life.

We came across variety of kindergarten and growth center, but all of them are concrete figurative. They are gifts from adults, carrying their imaginative childish. While none of them belongs to kids.

I used abstract things instead of concrete things in the growth center, let kids explore the space with their imagination. I used three different architectural language to imply the common family structure in shanghai, 2 adults and 1 child. I believed that adults should give children chances, not to let them beat us, but to give kids a chance to free like a bird. The growth center is an opportunity for kids from our adults.

The 123+ Growth Center is the beginning of kids’ life. 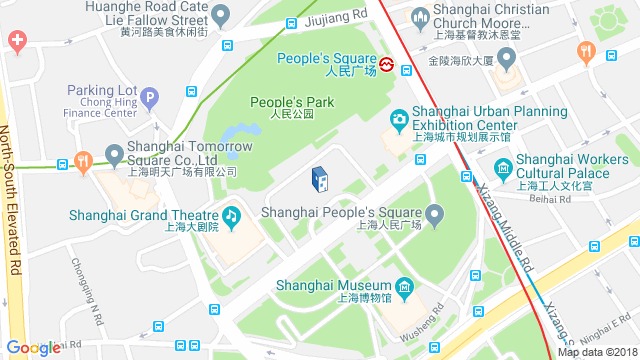 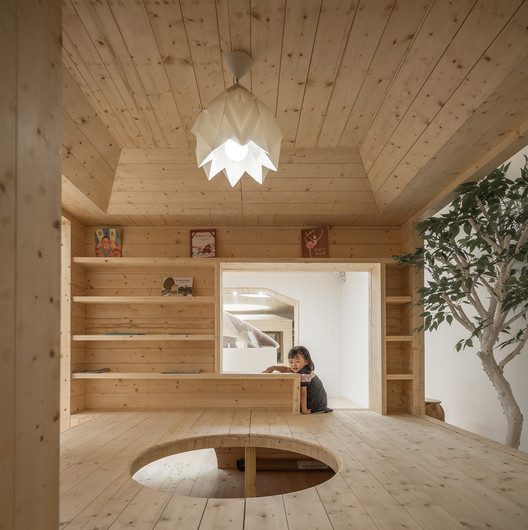