Büro Ziyu Zhuang and RSAA have released images of Kunstsilo, their proposal for the Tangen Collection and Sørlandets Kunstmuseum in Kristiansand, Norway. The design is centered around a historical grain silo, simultaneously preserving, modifying, and adding to the existing site.

The design carves a curved void into the concrete silo, producing a shelter for visitors and revealing the form within. The circulation then follows the former path of the grain through a new structure on the eastern side envisioned as an open box with an industrial glass envelope. The extension of the silo, new volumes, and adjacent canal produce a new plaza that spans the length of the silo. 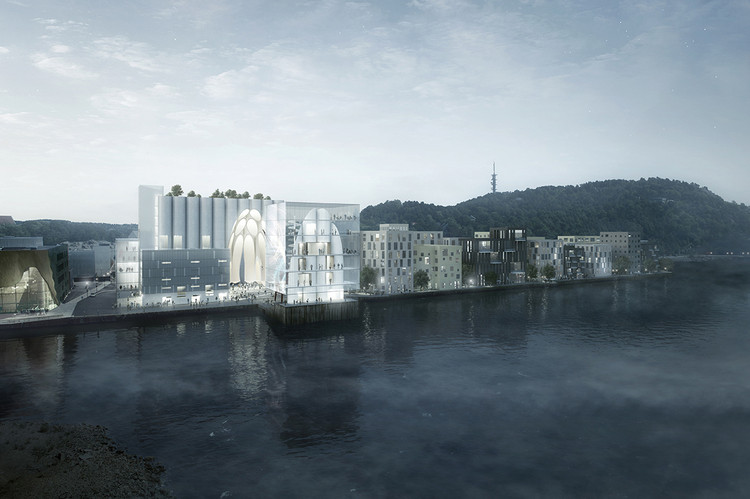 The main feature of the proposal is the rectangular "artcube," which accentuates the transition between the waterfront promenade to a calmer residential neighborhood. Appearing from a distance as distinct from the coastline, the artcube is constructed by two main elements. The first is the cutout of the silo, which serves as the backbone of the artcube and contains a cafe, restaurant, and lookout platform. The translucent facade can either hint at the interior space or display artwork from the Norge Tangen Collection, integrating the private collection as part of a public space. 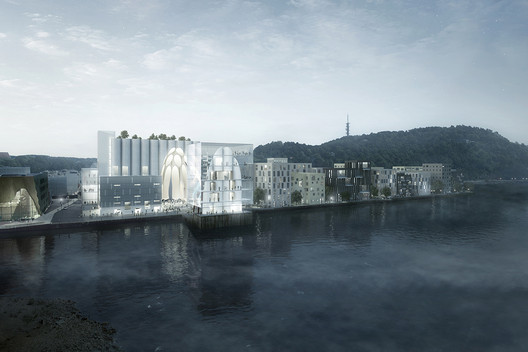