The scaffolding obscuring the facade of OMA’s Taipei Performing Arts Center has begun to come down, exposing the aluminum exteriors of the spherical Proscenium Playhouse and the Multiform Theatre for the first time. Upon completion, the experimental building will feature a looped public pathway, flexible auditoriums and unique stage environments. Construction on the building is now moving full speed ahead, with an expected opening date in June 2017.

Continue on for more images of the in-progress building.

The Taipei Performing Arts Center will house three theaters in total: the 1,500-seat Grand Theatre, the 800-seat Multiform Theatre designed with a flexible layout for experimental performances and the spherical 800-seat Proscenium Playhouse, which serves as perhaps the most iconic element of the facade. The three theaters will be joined together by a transparent central cube containing shared backstage and technical facilities that will allow the theaters to be used independently or in tandem, expanding the potential for experimental theater pieces.

OMA won the design competition for Taipei Performing Arts Center in January 2009, with construction beginning in 2012.

Read ArchDaily’s interview with OMA partner-in-charge David Gianotten here and follow the links below for past coverage of the building. 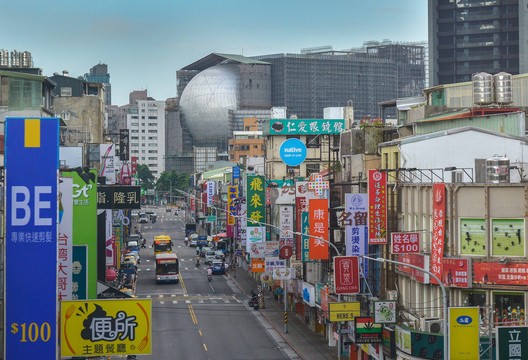