Read more
Save
Team of Young Architects Propose "House of Opportunity" for Cultural Center in Skellefteå, Sweden
Share
Or
Copy

A team of three young architects based in Copenhagen has unveiled their proposal for a new cultural center in Skellefteå, Sweden. The Möjligheternas Hus (House of Opportunity) extends the existing city grid with new "culture streets" at ground level, giving rise to a thriving central "living room" of arts, hospitality, and culture. The design was developed as part of an open competition, in which the first-time collaborators placed second against a pool of established international practices.

The 22,700 square meter project encompasses a large auditorium, a library, an art hall, as well as a restaurant, hotel and conference space. The team; Hanna Johansson, Juras Lasovsky and Filip Lipinski; said that it was critical that each of these programmatic zones retained its own clear identity, while still coming together to form a cohesive building. Their scheme fulfills the programmatic requirements of the brief, whilst also embodying the judges' key design criteria; scale and flow.

Centrally located adjacent to Möjlighternas Torg, the city's main square, the building had to reconcile the open space at its doorstep with the urban context bordering its remaining sides. It does this by stepping down in scale as it approaches the square, with each "step" presenting a distinctly separate programmatic function. These boxes, which array from a hotel, concert hall, theater, library and gallery at the forefront, maintain their own identity through their distinct separation whilst appearing open and approachable from multiple entry points.

The multitude of entrances give rise to informal meeting places and countless paths to circulate through the building. Each of the separate programmatic zones are accessible at ground level, enabling visitors to explore each of the spaces without having to infiltrate the upper levels. The design has the meandering quality that mirrors Skellefteå; a city with a comfortable atmosphere and strong pedestrian connections.

The cultural institutions; Västerbottensteatern Theatre, Guest Stage, City Library, MAN Art Hall and Skellefteå Art hall; as well as a hotel are aligned on one side of a long foyer, creating a “cultural street” that extends the city grid. In their report, the judges commended those who were able to successfully execute this urban connection, as the north-south pedestrian route is of critical importance.

The volumes were opened up at the southwest and northwest corners to facilitate these new streets. At roof level, each of the volumes have been faceted in a way that allows the internal light to emanate across the city. The architects said that this would create a "civic and cultural beacon," whose simple yet elegant form is highlighted against the Skellefteå skyline. The sculpting of the roof line also serves to create a terraced outlook, where each of the volumes retains views of the surrounding context.

The scheme was developed in response to an open, anonymous competition run by Skellefteå Municipality, which was won by White Arkitekter. Möjligheternas Hus presents a powerful alternate option to the competition brief, which can be viewed in full at Sveriges Arkitekter. 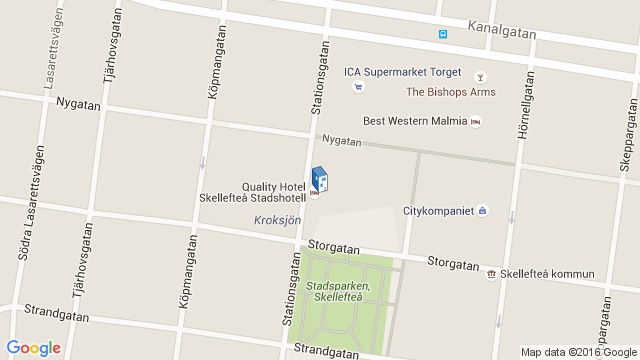 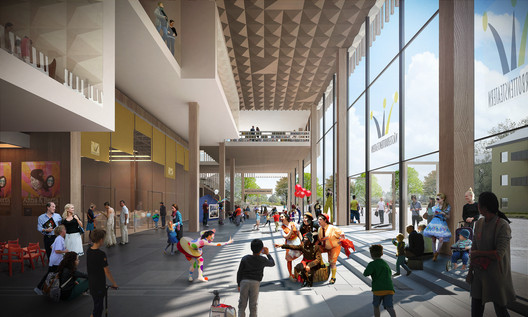