Bee Breeders, organizers of international architectural competitions, have announced this week the three winners and six honorable mentions of their Uganda LGBT Youth Asylum Center competition. Inspired by recent activism in Uganda, Bee Breeders sought the design of a community center to welcome those in the LGBT community who have been ostracized from their home environments. The judges said that they were looking for designs that focused on social integration, not isolation, celebrating those who created "a community center, not a prison." 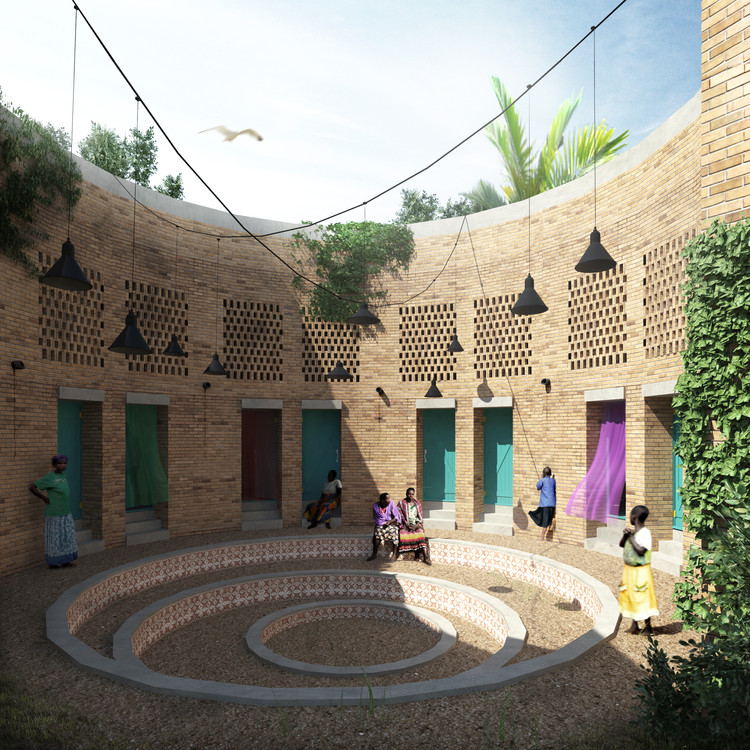 Within their brief, Bee Breeders acknowledged the hostility of the Ugandan social environment and the resultant need for a place of calm, refuge, and empowerment. The building needed to facilitate interaction between inhabitants so that those who have experienced adversity or aggression could meet like-minded individuals. The judges remarked that the chosen projects showed great foresight of a near future with improved social conditions for all.

The inspiration for the competition originally stemmed from the work of Kamoga Hassan and other Ugandan LGBT activists; the sole voices against a harsh, anti-homosexual regime. These individuals face persecution for their activism, yet continue to do so in a bold effort to promote equality. Hassan's new documentary "Where is Home" follows the stories of Ugandan LGBT asylum seekers, and can be viewed here.

The contradicting logic of the spiraling form made this proposal stand out; the walls simultaneously encourage open circulation paths and create an inner sanctum, protected from the outside world. The organic form seamlessly blends into the landscape, and the simplicity of the spiral has the potential to become a symbol of hope for those seeking asylum.

The second place winners proposed a colorful, tensioned structure which is comprised of low-cost, uncomplicated materials. A tent is held up by a series of columns, linked by cables and support a wired mesh which creates a "protective membrane" from the outside world. The cables allow visual permeability so as to not block it off completely. Due to the nature of the organic form and its materiality, this design has the potential to be replicated anywhere.

The third place winners proposal initiates a small village within their building through intensive programmatic zoning. By mimicking the social relationships between the elements of a village, the building is able to connect outwards into it's greater social environment. Continuing their focus on social sustainability, the building is comprised of locally sourced materials such as brick and incorporates environmentally conscious elements such as solar panels and rainwater collection. 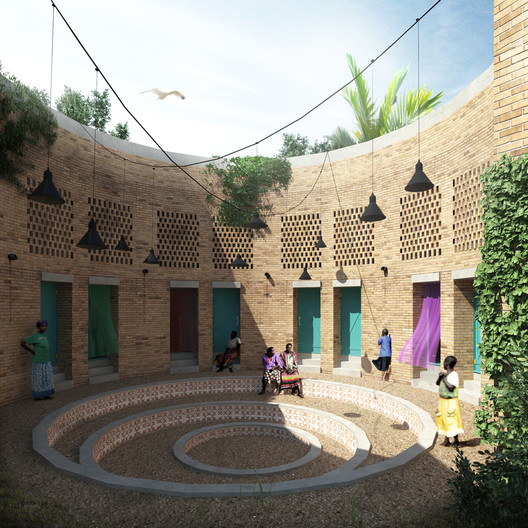