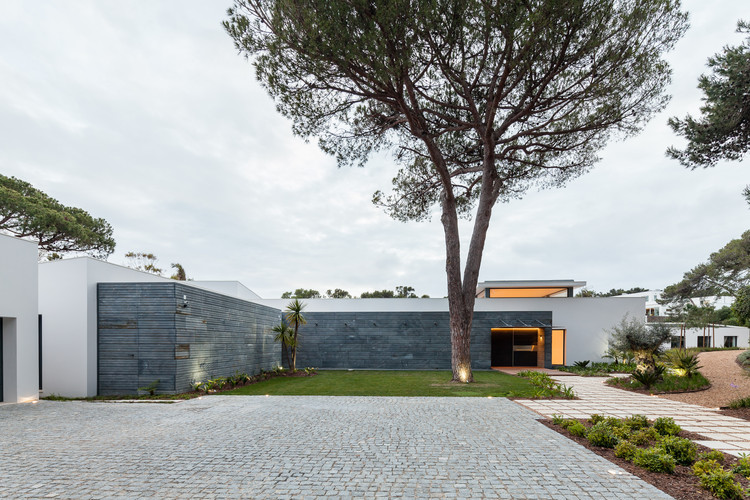 Text description provided by the architects. The restoration of this pre-existing home aimed to create architectural harmony and open up its interior and connecting spaces. Full advantage was taken of natural light and the relationship between different spaces by giving them new uses and maximizing the potential of the surrounding garden.

Previously, the main entrance area was semi-circular with a roof that sloped towards the main living room. The space was surrounded by a semi-circular pergola of round pillars, none of which were related in any way to the concept of the new project. The main entrance is now marked on the outside by a large refection pool, (which mirrors the form of the bedrooms), and highlights the new façade rendering (grooved slate), in this area. Inside, the entrance hall has been transformed into a large, double-height, open space; its ceiling lifted and windows inserted all around the edge, flooding the atrium with natural light.

At the intersection between the two perpendicular sections of the house (living rooms and bedrooms) there was previously an office/library (set over 2 floors) – this was demolished due to its awkward configuration. Most of the windows in the southern and western facing façades had to be resized and light wells created in the main sitting room, winter garden and bathrooms.

The area of all the rooms - both bedrooms and communal living rooms - was increased and private areas separated from guest areas. The communal areas are now contained within one large open space, divided by split-levels, the fireplace and the winter garden. This opening up of space created new visual connections and strengthened links between the indoor and outdoor living areas, all compartments enjoying direct access to the garden. Along the southern side of the house was built a large covering, with a partially open ceiling, which functions as an extension to the interior spaces (living room, dining room, TV room), and provides a huge exterior sitting area.

The various outdoor spaces have different ambiances and varying levels of privacy depending on the rooms that surround them. For uniformity, the swimming pool has the same proportions as the living rooms and outside roof covering, and extends right up to the main bedroom, emphasizing its position of importance. 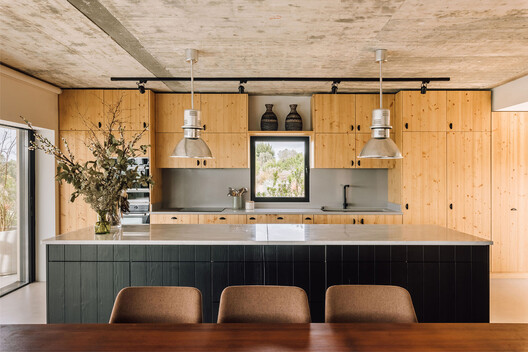 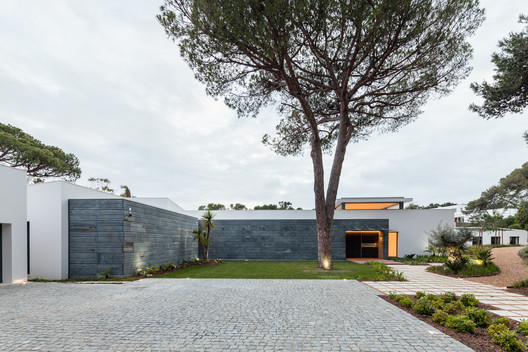