At 6:20pm on the evening of October 16, 1834, a fire began in the old Palace of Westminster in London – the foremost seat of parliamentary governance for both the United Kingdom and the British Empire across the seas. The inferno, which burned until the early hours of the morning, destroyed so much of the medieval complex that neither restoration nor preservation were considered viable options – a new palace would have to rise from the ashes to surround the largely undamaged Westminster Hall.[1] The fire gave the United Kingdom a chance not only to replace what was considered as an outdated, patchwork of government buildings, but to erect a Gothic Revival landmark to spiritually embody the pre-eminence of the United Kingdom across the world, and the roots of modern democracy. 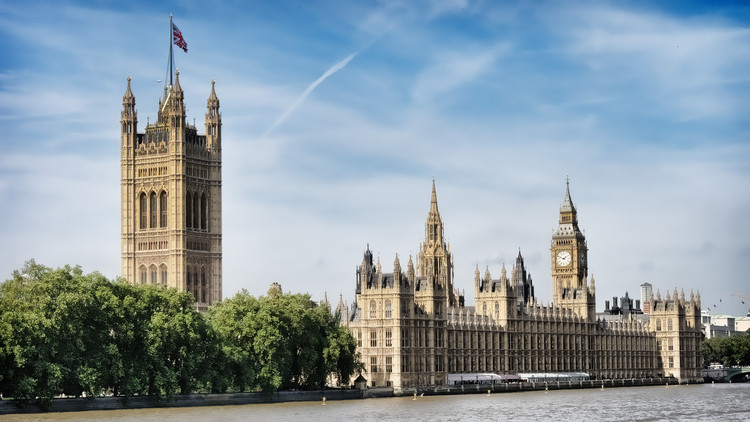 From the late 11th century until the reign of Henry VIII, the Palace of Westminster served as a royal residence. Various monarchs of England and the subsequent United Kingdom (England, Wales, Scotland and Northern Ireland) made their own additions and renovations to the palace as the centuries passed. The Great Hall of the palace, now known as Westminster Hall, was completed in 1099 by William II; Richard II would later remodel the space, removing the Norman columns that supported the roof and replacing them with a “hammerbeam” wooden roof that remains in place to this day. After Henry VIII moved the royal residence away from Westminster in 1534, the palace transitioned to use by the British Parliament.[2]

The 1830s and 1840s proved a tumultuous time for the United Kingdom: mainland Europe was awash with revolutions, famine struck both Britain and Ireland, and political upheaval was changing the landscape of British government. When the House of Commons (the elected body of the government) launched a design competition for the new Palace of Westminster, they specified that entries must be in either Neo-Gothic or Neo-Elizabethan styles – a symbolic gesture that would connect the new building to the order, stability, and prowess of the nation’s past.[3]

A rectangular site, measuring roughly 800 by 350 feet (244 by 107 meters) along the bank of the Thames River, was laid out for the competitors.. Alongside preserving Westminster Hall, architects were required to provide chambers for both the House of Lords and the House of Commons, a variety of offices, and accommodations for officials who needed to be on call at all times.[4] Out of the 97 entries submitted, the parliamentary committee awarded the first prize to Charles Barry – architect of numerous churches, country houses (including Highclere Castle, of Downton Abbey fame), and civic buildings.[5]

Although Barry’s initial proposal, with drawings by Augustus Pugin, made a large enough impression to win him the competition, it was only selected with the caveat that it required significant revision. Over the next several years, the building evolved substantially in both plan and elevation: the two parliament chambers moved to accommodate a new octagonal central hall, sections of the building were realigned, and the two towers grew taller, with the northern one becoming a clock tower (now housing the bell, Big Ben). In this process, what had originally been a comparatively economical proposal became increasingly extravagant, drawing ire from the people against both Parliament and Barry.[6]

The foundation stone for the Palace was laid on April 27, 1840 by Sarah Barry, Charles Barry’s wife. From that moment, 775,000 cubic feet of stone were shipped in and assembled into a palace comprising 1,180 rooms, two miles of corridors, and 126 staircases.[7] The chosen stone was a sandy limestone from Anston Quarry in Yorkshire and, while the material was comparatively cheap and suited to intricate carving, it proved ineffective at withstanding the coal pollution for which industrial London was notorious and ultimately had to be replaced between 1928 and 1960.[8]

The final, built incarnation of the new Palace of Westminster featured a full 914 feet of horizontal frontage along the River Thames, punctuated by raised turrets and the three main towers that dominate the complex.[9] Victoria Tower, the tallest and largest of the three, was built to crown the Sovereign’s Entrance (as, according to tradition, the Monarch may never tread near the House of Commons) and to house Parliament records. The Central Tower, which was built for ventilation, takes the form of a spire, visually contrasting it with the towers at either end of the Palace. The clock tower, very recently named Elizabeth Tower in homage to Queen Elizabeth II, yet commonly known as Big Ben, presented a challenge to Barry who struggled to produce a design that made the clock itself sufficiently prominent. The ultimate solution was to project the clock story out from the sides of the tower; the four clock faces themselves were designed by Pugin. [10,11]

Delays and conflicts plagued Barry throughout the project. Both Houses of Parliament constantly scrutinized the architect, requiring him to justify revisions before numerous committees, explain why construction was taking so long, and generally interfering in the design process. A particular frustration was Parliament’s insistence that Barry work with Doctor David Boswell Reid, a Scottish scientist of dubious credibility whose schemes for ventilation took up vast swathes of interior space and greatly increased the flammability of the Palace. The House of Commons rejected its chamber almost immediately after its completion in 1850, criticizing the acoustics and layout of the space and forcing Barry to radically alter it. Such delays were blamed solely on Barry, despite that he had faithfully followed Parliament’s instructions. Rumors swirled as to whether the architect would resign from the project; instead, he passed away in 1860, leaving the remaining work to be completed by his son.[12]

The new Palace of Westminster was finally completed in 1867, 33 years after fire had consumed its medieval predecessor. Its Gothic splendor, while recalling the the continuity of the past, became a potent symbol of a changing nation; when revolutions overturned much of Europe, the United Kingdom’s parliamentary reforms defused the worst of the upheaval in the British Isles.[13] The monumental new Houses of Parliament, while garbed in an interpretation of time gone by, stood as a prominent icon of a newer, more democratic order – one that has survived both the ravages of time and the Blitz of the Second World War to remain one of London’s most iconic architectural landmarks. 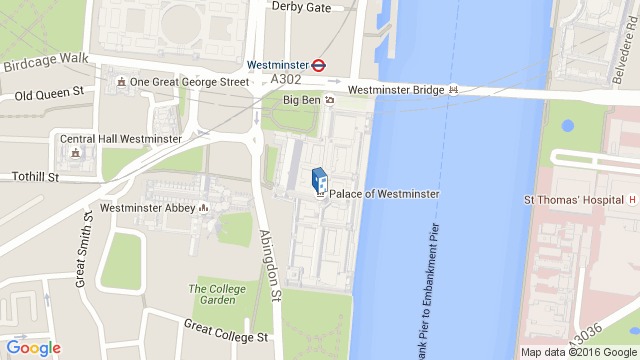 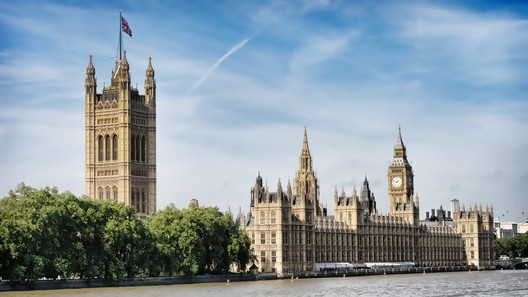