Maastricht, capital of the Dutch province of Limburg, has a history which stretches back to the Roman Empire. It was in this city that the Maastricht Treaty, which ushered in the European Union as we know it, went into effect in 1993. For over a century, the Bonnefantenmuseum has served as Limburg’s premier museum for archaeology and fine arts.[1] The collection was originally housed in the Bonnefantenklooster, a monastery in central Maastricht from which the museum derived its name.[2]

At the beginning of the 1990s, the Province of Limburg committed €40million to construct a new museum building in the Céramique – a former industrial estate directly across the River Maas from Maastricht’s historic center. The Bonnefantenmuseum chose to commission Italian architect Aldo Rossi for its design, as the museum’s director Alexander Van Grevenstein believed he “coupled great expressive inventiveness with a reserved visual language.”[3] The project had a clear, deceptively traditional, outline: a series of galleries lit from above and the sides, organized into wings and surrounding a central stairway.[3]

Rossi’s volumetic proposal was essentially tripartite, comprising a main building, a cylindrical body with a dome, and a belvedere to allow visitors to soak up city views.[4] The main building is laid out in the shape of a large, symmetrical ‘E,’ the arms of which face the bank of the river. The central arm abuts the domed tower, the most prominent feature of the museum’s riverfront façade. The main building is constructed from traditional materials – namely brick, stone, and wood. The heaviness of these materials, however, belies the permeability of the walls, which are designed to admit enough daylight to naturally produce brightness within the gallery spaces.[5]

Natural daylight was key to Rossi’s control over the visitors’ experience of the museum. The front and sides of the museum are closed while the walls of the central wing, which forms the main axis of the museum, are open. Punctuated openings in the building’s brick façades interact with both the artworks and the circulation routes, turning a trip to the museum into a “promenade architecturale.” The long central stairway, meanwhile, is bathed in sunlight from a fully glazed ceiling, creating the sense of a covered street rather than an indoor space.[6]

This staircase is perhaps Rossi’s most symbolic architectural gesture. It is, according to his own description, “linked to the world” – drawing a parallel between the seafaring nations of The Netherlands and Portugal. To paraphrase the Portuguese poet who inspired Rossi, The Netherlands could be seen as the country where the land ends and the sea begins.[7]

Curiously, and despite Rossi’s stated connection to Portugal, the inspiration for the stairway actually comes from a Belgian example: the Montagne de Bueren in Liège.[8] The 374-step outdoor stairway forms a clear visual parallel with the central stairs of the Bonnefantenmuseum, albeit built of weathered stone instead of the museum’s polished hardwood.[9]

While the central stairway is the interior’s most defining feature, the exterior is visually dominated by a domed cylindrical tower. Although it is not detached from the museum proper, it is set apart visually: its circular dome, clad in lustrous zinc, stands out against the rectilinear brick of the main museum building.[10] As with the staircase, the dome was specifically intended by Rossi to reference Europe’s classical architectural canon. He specifically chose to reference the work of Alessandro Antonelli, a Turinese architect whose slender classicist dome over the Basilica of San Gaudenzio likely served as an inspiration for its similarly-proportioned counterpart atop the Bonnefantenmuseum.[11,12]

References to classicist examples were entirely within character for Aldo Rossi. He objected to the Modernist notion that all historical forms and aesthetics must be entirely abandoned; instead, he argued, architecture should respect and connect to its urban context, thereby preserving the fabric of the city instead of upending it with architectural non sequiturs. In Rossi’s view, certain forms and ideas have remained essentially consistent in the history of architecture. In this way his own designs were physical manifestations of his interpretation of architecture. Whether his design for the Bonnefantenmuseum, with its austere brick façades and its contrasting metal dome, merges seamlessly with the fabric of Maastricht is ultimately up to debate.[13]

The new Bonnefantenmuseum first opened its doors to the public on March 9, 1995. Over 175,000 people would visit the museum by the end of the year; a full fifty thousand would visit within the first six weeks of the new museum’s opening, surpassing visitorship for the entirety of the last year the old location had been in service. A survey taken in 1997 indicated that 73% of visitors specifically appreciated the architecture of the new building – a greater percentage of visitors than were satisfied with the art collections themselves.[14]

Although Aldo Rossi passed away only two years after the Bonnefantenmuseum officially opened its doors, his creation remains a landmark in Maastricht. His own words, written during the design phase, can now be read as a retrospective on the creation of the Bonnefantenmuseum: “But now, just as if we were standing on the belvedere, we can view the museum as a whole, perhaps a lost whole which we only recognize thanks to those fragments of our lives which are also fragments of art and Europe of bygone days.”[15] 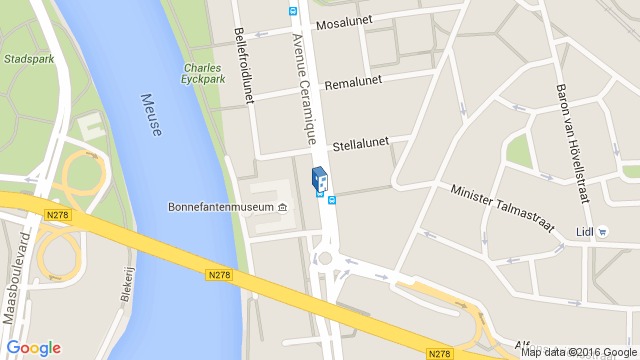 Location to be used only as a reference. It could indicate city/country but not exact address.
Share
Or
Copy
About this office
Aldo Rossi
Office
••• 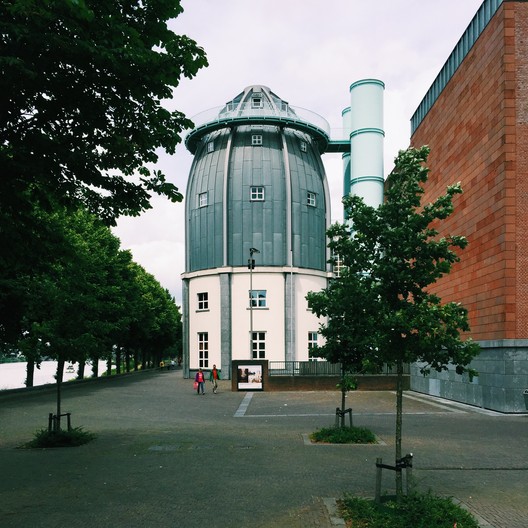