Leon Krier was born and raised in Luxembourg where, along with his brother Rob, he took an interest in the progressive images and visions of Modernist architects and planners such as Le Corbusier and Mies van der Rohe. Upon entering architecture school at the University of Stuttgart, however, Krier began to critically evaluate his beliefs, poking holes in Modernist theory and ultimately finding the majority of its ideals to be “shallowly based.”[1] Instead, Krier started looking toward Classical and traditional buildings and urban plans as stronger manifestations of architectural needs. In 1968, after just one year in the program and no longer subscribing to the defined curriculum of the university, Krier abandoned his studies and traveled to England to work for James Stirling, whose work was beginning to draw more inspiration from Classical precedent.

After 3 years in Sterling’s office, Krier returned to the academic world to teach at the Architectural Association and the Royal College of Art as professor of architecture and town planning, while subsequently running his own planning practice. During this time, Krier published his first book, Rational Architecture, and became known for his analytical and often satirical drawings. The drawings reflected his urban philosophies, and laid the political groundwork for New Urbanism, defining ways of reclaiming a civic pedestrian cityscape from urban areas increasingly defined by automotive infrastructure. Krier believes that the city should be designed around the physical capabilities of the human body, resulting in city centers that take no longer than 10 minutes to walk across and building heights that rise no more than 100 steps.

These New Urbanist ideas later manifested in designs for existing cities such as Rome, Stockholm, Munich and Washington DC, as well as new-built communities, notably Cayalá, Guatemala and the town of Poundbury in England, which was famously commissioned by Charles, Prince of Wales, a well-known opponent of architectural modernism. These towns feature tightly-knit blocks of buildings in traditional architectural styles surrounded by a fluid multi-modal system of plazas and pathways.

Krier has admitted that New Urbanist towns could still be successful employing buildings of a contemporary style, but there is a reason the traditionally styled designs have received more acclaim, stating, “Urban structure as a set of organizational principles is largely independent of style. [But] Modernist architecture is generally so bad and arbitrary that it is almost totally inappropriate for most common uses and climates.”[2]

In his 2007 book, Architecture: Choice or Fate (in 2009 supplemented and retitled The Architecture of Community), Krier outlines Modernism’s failings in creating visual typologies, explaining urban landscapes as conversations that require an assortment of textures and scales within each neighborhood, unlike the highly stratified neighborhood structures proposed by Le Corbusier. The book also takes on methods of scaling buildings up or down and placemaking techniques, and is illustrated with critical diagrams contrasting Modernist and New Urbanist cities.

In addition to his city plans, Krier has also completed a limited amount of architecture work, most notably in his temporary facade for the 1980 Venice Biennale; the Krier house in the New Urbanist town of Seaside, Florida; the Archaeological Museum of Sintra, Portugal; Windsor Village Hall; and the Jorge M. Perez Architecture Center at the University of Miami, Florida. 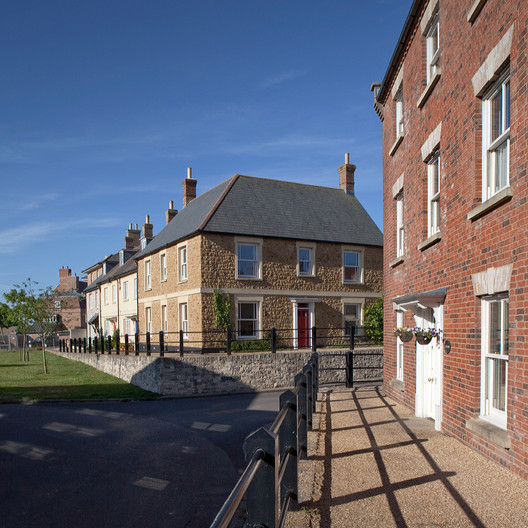