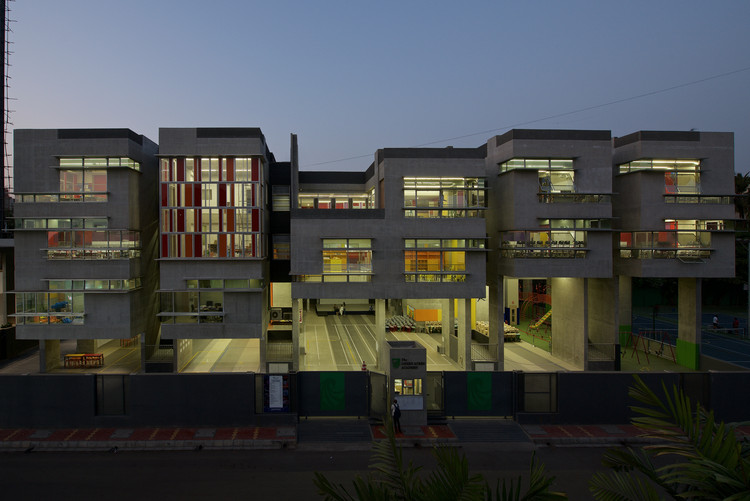 Text description provided by the architects. The client brief was to design a K-12 school in one of the Mumbai suburb’s. The key challenge was to provide for constructing the building in 3 phases & to ensure a non-rigid environment.

The fact that the school was going to be built in a phased manner over 5 to 8 years, presented an opportunity to design a building that grows.

The very high land rates in Mumbai coupled with regressive building regulations made it very challenging to introduce un-programmed spaces beyond the design program. It also implied a vertical school building. The challenge was to create a horizontal feel within the vertical environment.

The central block was conceived as column free space that housed the common facilities like laboratories, library etc. allowing flexibility to adapt to changing functional requirements. For the left & right wings the column structure followed the classroom grid. Together it ensured minimal cost of structural design. Further a split level was created by staggering the central bay level by 4’-0. This ensured two floors of classrooms could access common activities. The connecting staircase was planned not just as a means to access the levels but also allow children & teachers to pause, sit & synergize in an informal manner.

The playful design & the colour treatment emphasized the informality of the space. The fact that a staircase is free of FSI in Mumbai, helped generate the additional space required for 5 divisions per standard to make the financial model viable. Strategically widened corridors, created pauses that further encouraged unplanned interaction.

For an education building the minimum clear floor height as per the regulations was 3.6mts. This allowed for providing for 3 toilets between two floors and freeing some more floor space.

The design was based on the principles of passive climate control to optimize the use of natural light & ventilation by scientifically capturing and guiding wind through corridors and natural sunlight through the light shelves. The light shelves were an innovation that took advantage of the building bye laws that permitted only 750mm deep horizontal projections free of FSI to reflect glare free sunlight deep into the classroom and provide a cost effective visual feature on the façade.

Hi-wall split indoor units on inverter based technology were the most economical option for air-conditioning and the channels to run the piping were seamlessly integrated in the structural design. Similarly light grooves were introduced in the beams to house the lights so that the light fixtures became the integral part of structure. 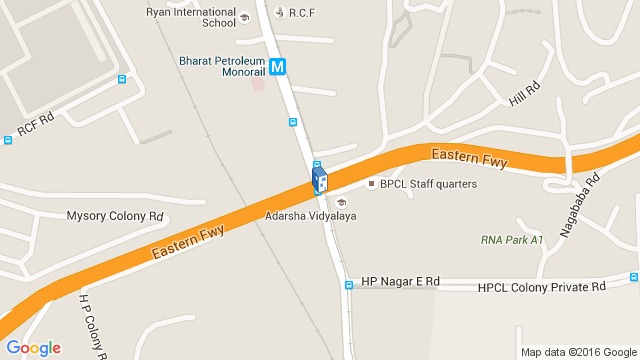 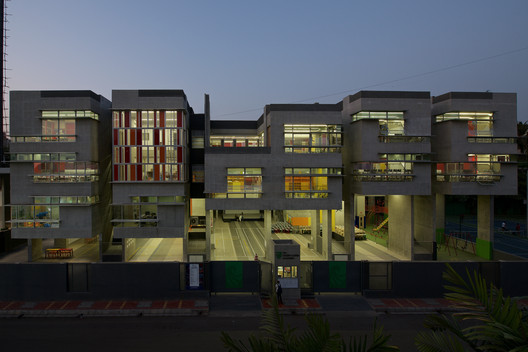