Alvar Aalto was born in Alajärvi in central Finland and raised in Jyväskylä. Following the completion of his architectural studies at the Helsinki University of Technology he founded his own practice in 1923, based in Jyväskylä, and naming it Alvar Aalto, Architect and Monumental Artist. Although many of his early projects are characteristic examples of 'Nordic Classicism' the output of his practice would, following his marriage to fellow Architect Aino Marsio-Aalto (née Marsio), take on a Modernist aesthetic. From civic buildings to culture houses, university centers to churches, and one-off villas to student dormitories, the ten projects compiled here—spanning 1935 to 1978—celebrate the breadth of Aalto's œuvre.

The library was awarded the 2014 Modernism Prize for its recent renovation.

You can investigate the studio rooms on Google StreetView: 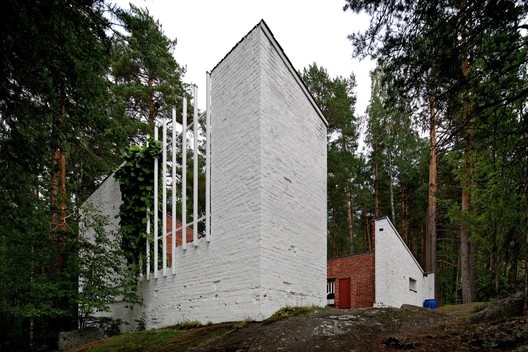