Prolific organizers of architecture competitions, Bee Breeders has revealed the winners of their latest challenge: repurposing a brutalist department store in Bangkok into an artists’ retreat. Competitors were expected to not only renovate the building, but also to engage the public in the surrounding city with the arts, as well as to “reflect on both the history and future” of the site. The program was loosely defined and open to interpretation, with entries evaluated primarily on the strength and clarity of their concept, originality, presentation quality, relevance to context and its possible presence as a strong community for artists in Bangkok. See all of the winners after the break. 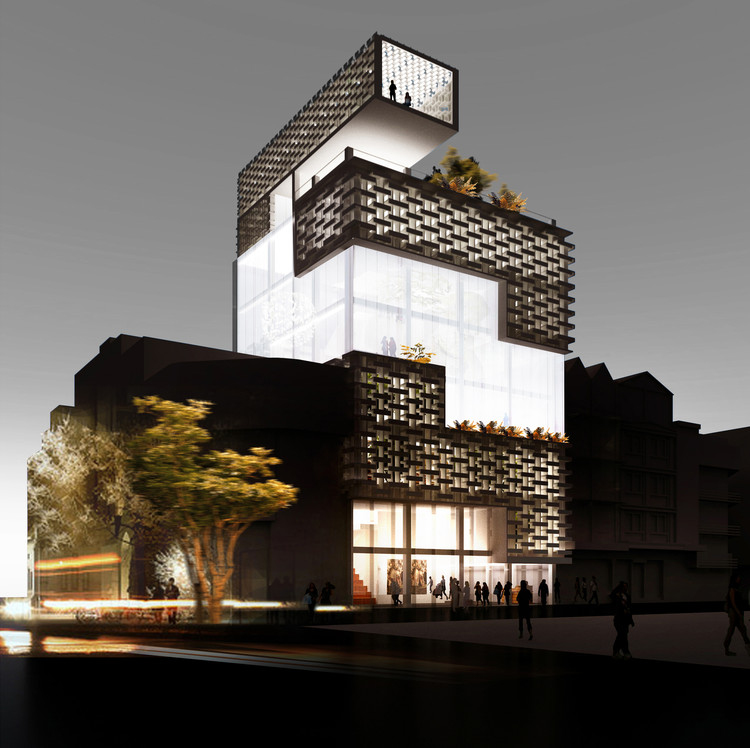 Rather than rigidly programming the building, and dividing the public and artists’ spaces, Framework creates an open network of spaces, encouraging artists to define the program themselves, and encouraging visitors to explore. It is "reminiscent of artists squatting in a building open to the public," creating a unique energy to attract attention and encouraging the “maximum exchange of ideas and experiences," according to the jury commentary.

Framework also features a large public pathway and auditorium for public events, dividing its ground floor. This walkway connects the buildings in the surrounding block, reinforcing the activity within the retreat.

Archipaper focuses on the process, rather than the result of making art. Long rolls of paper feature artist sketches and in-progress work throughout the building, allowing the public to experience both the final exhibitions and the process of its creation. Following this concept, the plan has a radial arrangement, reminiscent of an unrolling piece of paper. Public functions are situated closer to the ground, while private areas sit atop a large helical staircase around a central void.

Similarly to Framework, this project blurs the line between public space and artist space, with the in-process work of the artists flowing into the public space below it. By doing this, Archipaper combines a traditional gallery setting with a visit to an artist’s studio, ultimately creating a more immersive and personal experience for visitors of the retreat.

The first prize winner had the strongest, most concise concept, with clear illustration of its central idea: a series of stacked and staggered modules of private and public space. Within each block is both a private and public component, with a spatial variant separating them. The public spaces are double-storey height with transparent facades to allow natural light, while private areas are single storey with a brise-soleil façade that filters light.

The spatial composition is resolved at the top of the building with a roof-terrace restaurant and public café. Additionally, the project was one of few to repurpose the existing brutalist façade, incorporating new elements without being distracting. This move, along with the main concept, illustrated a potential for the project to be relevant to both the history and future of the city and site.

Read the full jury commentary for each of the projects, and see the honorable mentions here. 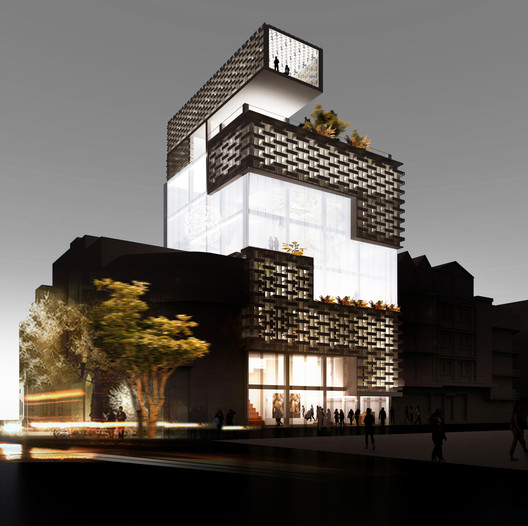