Photographer André Vicente Gonçalves has revealed his latest project, “Doors of the World,” documenting hundreds of doors from cities around the world. Gonçalves has previously produced a photo series of hundreds of windows internationally titled “Windows of the World,” citing his interest in the way that such a small element of architecture expresses so much about its inhabitants and the human sense of security.

By collaging his photographs from specific regions into a single image, Gonçalves reveals trends and styles that dominate the area. Like Rem Koolhaas’ “Fundamentals” exhibition at the 2014 Venice Biennale, which explores the evolution of architecture’s essential elements – from stairs to doors to toilets – “Doors of the World” and its predecessor, “Windows of the World” demonstrates how architecture has evolved in ways almost out of the hands of architects.

The final collaged images in each of these series draws attention to details that, individually may be overlooked, but play a huge part in the overall experience of a city.

Stay tuned: In May, Gonçalves will travel to the Azores (thanks to Turismo dos Açores) to capture even more photos. 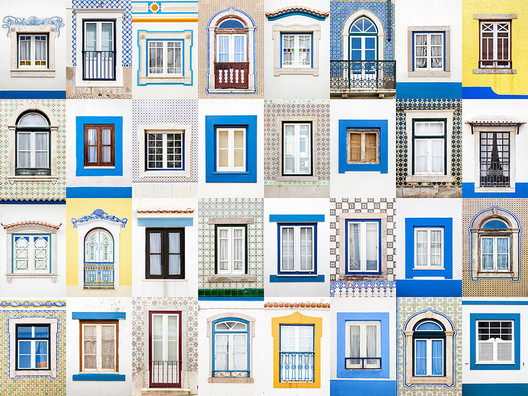