Save
Finalists Announced for 2014/2015 MCHAP.emerge Awards
Share
Or
Copy

The Mies Crown Hall Americas Prize has announced five finalists for its biannual MCHAP.emerge awards, celebrating the best architecture in the Americas by emerging practices. The five projects were selected from a list of 55, coming from 95 different nominators, that were announced last week. The projects represent the best architecture completed by young architects over the past two years in both North and South America, with finalists coming from Canada, the United States, Mexico, Chile and Paraguay.

The winner of the prize will be announced on the evening of April 1st at a symposium at the S. R. Crown Hall in Chicago, after an afternoon in which the finalists present their work to the jury, and the Architecture faculty and student body of IIT. Read on to see the list of finalists.

Pavilion on the Zocalo / Productora (Mexico) 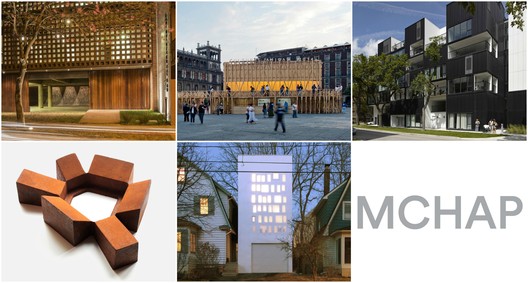