Save
Answering 5 FAQs About VR in Architecture
Share
Or
Copy

There's no question that virtual reality has the potential to change architecture. But as with all new technologies, it can be difficult to understand at first. In this article originally published on his LinkedIn page, Kym Porter answers five commonly-asked questions about VR in architecture.

There's a movement about to happen in the industry of design and architecture and it involves VR (Virtual Reality). I've been using it for well over a year now and thought I'd share five of the commonly asked questions I've received so far.

1. How is it any different seeing a rendered project in VR to a quality render on a PC/Laptop screen?

There's a number of reasons for this that I've noticed personally with the first being depth perception & space. With a good HMD (Head Mounted Display) you can actually get a real sense of scale. Whether it be the impressive size of an entire building or the distance between two benches this is not always easy for the average person to perceive from an image on a PC/Laptop screen. This brings me to the second and most important point which is "feeling." With presence comes feeling whereby a person not only sees what's been created. They can actually "feel" what it's like to be in that space visually. I'm told this can be the hardest part of a project for an architect or designer to convey to a client making it a very compelling technology.

2. Can I interact and work with a designed model in the virtual space?

Technically yes you can, however there are currently no commercially available VR platforms that allow the full functionality of the most commonly used CAD programs. There will however be significant actions towards this in future with many software development companies solely focused on achieving just that.

3. Can I walk around a designed space in VR?

Yes, you most certainly can but you'll need a tethered HMD like Oculus or HTC Vive's development kits as apposed to mobile HMDs like Samsung GearVR or Google Cardboard. It's the power of your computer that you'll need to run any of the current software platforms that convert your designs into navigable virtual spaces. A mobile phone (which run the majority of mobile HMDs) does not yet have the grunt needed to create a comfortable and smooth experience. Mobile devices are however being used to show a space from a fixed position which is still incredibly immersive and also allows great visibility of intricate details.

4. Can I see what my client is looking at whilst they're wearing the the HMD?

Yes, you can setup both tethered and mobile devices to display what the user is seeing on another screen. There are a number of different software platforms that allow this.

5. What are the downsides to the technology?

The biggest downside is that it's still emerging. The majority of software available is either in beta-stage or still being developed. Another major issue is the computing power required to run full VR walk-through experiences. Standard PCs and Laptops will not have the required minimum specs to support an Oculus Rift or HTC Vive. That being said, it's still worth investigating the technology now as it will provide a major advantage and point of difference to the companies who do adopt it early vs the companies that don't. 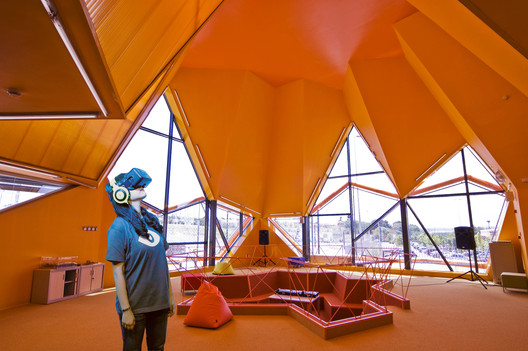