Save
Nine Projects to be Highlighted in 'In Therapy', the Nordic Contribution to the 2016 Venice Biennale
Presented by:

The Swedish Centre for Architecture and Design (ArkDes) have revealed that In Therapy: Nordic Countries Face to Face—the exhibition for the Nordic Pavilion at the 2016 Venice Biennale, curated by David Basulto—will partly comprise "a contemporary survey of Nordic architecture." 300 projects, drawn from over 500 submissions to a recent open call, will be complemented by an in-depth study of nine projects completed post-2008 by practices including Tham & Videgård, Reiulf Ramstad Arkitekter, and Lahdelma & Mahlamäki.

"Just as Sverre Fehn’s pavilion is a crystallisation of Nordic architecture—embodying a precise and fluid articulation of structure, light, and nature—the nine we have chosen to focus in on as particularly representative of the contemporary scene have a similar gravitas and complexity – but with their own distinct identities" says Basulto, who has made the selection alongside James Taylor-Foster, Assistant Curator. 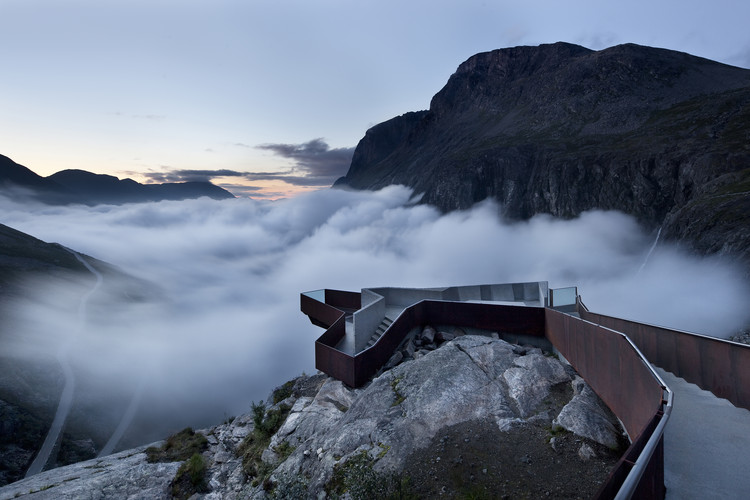 "The Nordic nations," he continues, "have reached a pivotal point in their collective, and individual, architectural identities. The 'grandfathers' of the universal Nordic style provided a foundation upon which architects and designers since have both thrived on and been confined by." The Nordic Pavilion will provide an opportunity to probe: to discuss, argue, debate and challenge what Nordic architecture really is and, perhaps more importantly, what it could be in years to come.

In Therapy will use the structure of Abraham Maslow’s 1954 ‘Hierarchy of Needs’ as an analytical lens and an observational springboard from which to explore and investigate architectural projects that have been instrumental in constructing contemporary Nordic society. According to the curators, "although it superficially appears that Finland, Norway and Sweden are at ‘the pinnacle of the pyramid’ they each, nonetheless, face difficult and distinct challenges. The exhibition will uncover the fascinating disjunction between the typical world view of the Nordic countries as highly developed, socially progressive nations, and seek to reveal the enormous challenges which they face, with architecture—as a spatial, social, and cultural practice—at its epicentre."

From fragmenting social integration, immigration demands and the challenge of an ageing population, to the decline of the oil industry and resultant damage to the natural landscape, beneath the surface there’s still a long way to go and much to be learnt from.

"As outsiders," Basulto continues, "we are in a position from which to curatorially observe and appreciate the submitted projects for their individuality as well as for their historical, contextual and societal connections. We believe that this is an incredibly strong collection of projects indicative of the breadth, depth and nuanced challenges which Nordic architects—and, by extension, architecture—faces. The questions which have arisen from this survey are going to be fascinating to explore."

Architecture that cares for basic needs, encompassing (but not limited to) shelter, healthcare, and educational facilities. Having distilled and refined these core typologies, projects in this category underpin Nordic society and often act as examples to other nations.

Architecture that enacts public programs and creates public space in which society gathers; the places where individuals become citizens and relate to one another. This includes (but is not limited to) sacred spaces, civic (institutional, cultural and recreational), workplace (office and retail), and infrastructural projects.

Architecture that recognizes and reflects upon certain processes in Nordic society, and its values. As the embodiment of a highly developed nation, projects that fall into this category have a reflective position on society and highlight its latent values (including but not limited to monuments, memorials, and projects which engage with the natural landscape).

David Basulto (Curator) is a Chilean Architect and co-founder, CEO and Editor-in-Chief of ArchDaily and its network of sites in English, Spanish, Portuguese and Chinese. He has lectured in institutions around the world including the Harvard Graduate School of Design, Sao Paulo’s Escola do Cidade, Tsinghua University in Beijing, and the Strelka Institute in Moscow. He has acted as curator and editor for a number of exhibi- tions and magazines, and as a jury member for multi- ple competitions and awards. Last year he moderated at the 2015 Alvar Aalto Symposium in Helsinki.

James Taylor-Foster (Assistant Curator) is a British designer, researcher, writer and editor working between architecture, urbanism, and art history. He has worked in practice in London and The Netherlands, written widely, and is currently ArchDaily’s European Editor-at-Large.

'In Therapy' – the Nordic Contribution to the 2016 Venice Biennale

The Nordic nations-Finland, Norway and Sweden-have reached a pivotal point in their collective, and individual, architectural identities. The Grandfathers of the universal Nordic style-including the likes of Sverre Fehn, Peter Celsing, Gunnar Asplund, Sigurd Lewerentz, Alvar Aalto, and Eero Saarinen-provided a foundation upon which architects and designers since have both thrived on and been confined by.

The Nordic participation at the 2016 Venice Architecture Biennale is a collaboration between the Museum of Finnish Architecture, Helsinki, the National Museum’s Department of Architecture, Oslo, and ArkDes – the Swedish Centre for Architecture and Design, Stockholm. The exhibition will be designed by Stockholm-based Marge Arkitekter.