Text description provided by the architects. Gordon Parks Arts Hall is bracketed by the two symmetrical neo-gothic towers of Belfield Hall at the north end of the University of Chicago Laboratory School’s main campus. The 1904 limestone façade of Belfield is reflected and re-interpreted in a muscular form in the Arts Hall, a visual dialogue of the 21st century with the 20th. It is symbolic of the evolution of Lab Schools’ values over time and the commitment to “present art as a language with unique expressive powers,” integral to the school’s ambitious educational mission.

Central to Lab Schools’ pedagogy is John Dewey’s educational philosophy of hands on project based learning. This concept has evolved over time, and Gordon Parks Arts Hall represents a new commitment to multi-media literacy; the idea that in a multi-media literate world people will communicate with every possible media — video, music, photographs, animation, and yes, even text.

“The new building should be understood as a place where work is created by hand, and then shown to a larger, real or virtual audience using every possible media imaginable.” - Joe Valerio, FAIA, Design Principal

The building has an inventory of spaces including art and music labs on the upper floors and on the ground floor there is a formal art gallery, two large rehearsal rooms and the Studio Theater - also used for cinema screening. Adjacent are two large performance spaces; the 750-seat assembly and music hall, and the Sherry Lansing 250-seat black-box theater, which also can be used as a sound stage. Every space in the Arts Hall has been designed to create and present content.

The enclosure combines Indiana limestone, dark ribbed metal panels and glass. The limestone connects the building to its context. The dark metal panels enclose the two large performance spaces – both inside and outside. And the glass becomes taut gossamer infill, letting south light into the main gathering space, and cool north light into all the labs and large rehearsal rooms. Large vertical solar chimneys anchor the north façade, naturally ventilating the first floor rooms. A folded glass plane is stretched between the east and west stone facades. Its shape responds directly to the amount of programmed space, which was reduced from the 1st to 2nd, and then again from the 2nd to 3rd floors.

There is a tradition of inserting circular forms on an orthogonal mass, as seen in the Pantheon, Palladio’s Villa Rotunda or the nearby Museum of Science and Industry. At Gordon Parks Arts Hall, the auditorium needed to address the Sherry Lansing Theater to the east, the interior garden to the south and the main entrance to the northwest. The insertion of the circle solved this complexity. Its asymmetry to the orthogonal mass and the way it expresses the interior function on the exterior was emphatically modern. The cylindrical space anchors not only the architecture, but also the school, acting as a town hall where the entire Lab community can gather.

Gordon Parks Arts Hall is a symbol of many things. The continuity of John Dewey’s pedagogy of hands-on learning connects the past, present and future over a 120-year history. Where innovation and change is expected and a new commitment is made to multi-media literacy, using every possible medium to communicate — including architecture. 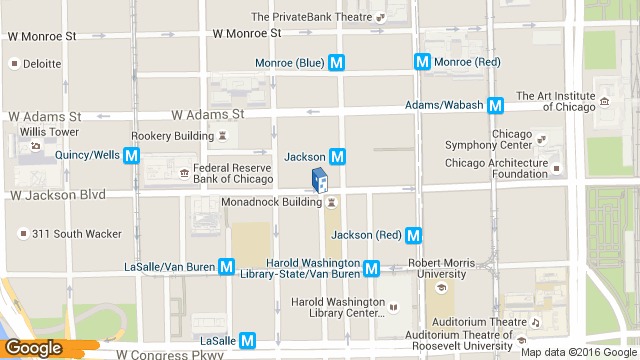 Location to be used only as a reference. It could indicate city/country but not exact address.
Share
Or
Copy
About this office
Valerio Dewalt Train Associates
Office
•••