Over the past few years, Netherlands-based artist Stefan Bleekrode has been creating cityscape drawings from memory of cities across the globe. Basing his work on impressions from trips throughout Europe and North America, Bleekrode utilizes pen and ink with watercolor shading to bring urban landscapes to life.

Each drawing is based on reality, but redesigned to create the artist’s own versions of buildings, with a focus on the expression of the social and historical background, as well as human achievements and preoccupation with beauty and design, Bleekrode told us.

Over the past six months, some work has also been done in the form of lithographic print, which adds new depth and shading possibilities in addition to making the drawings more accessible, as non-originals are now available.

One of Bleekrode’s drawings takes between three and half weeks, and one year to complete. Currently, he is working on a drawing of a large Southern Italian city, a small drawing of Marrakesh in Morocco, and a large, 80 by 110 centimeter oversight of New York City, viewing Midtown from the Upper West Side. These new drawings are expected to be on display at Bleekrode’s show at the TEFAF art fair in Maastrict, Netherlands next March. 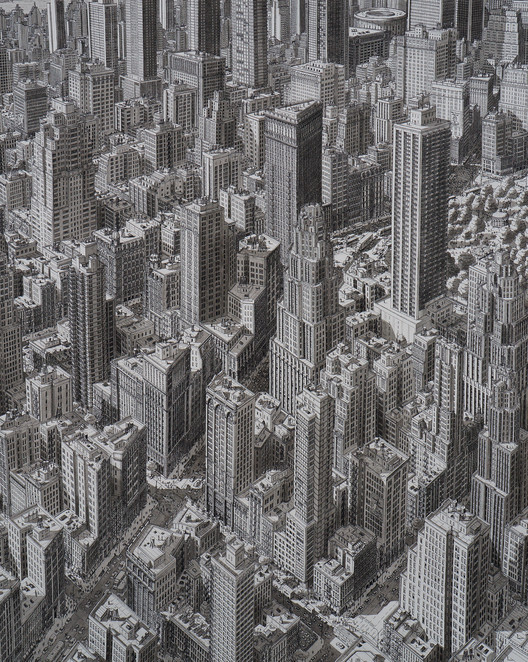