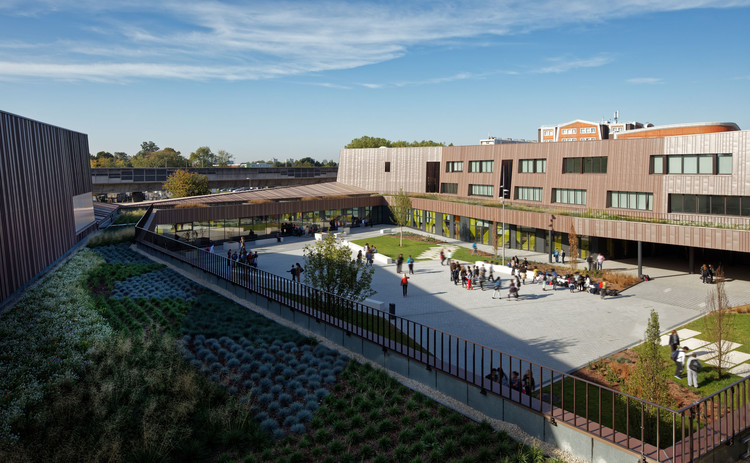 The new lower secondary school of Lille Moulins and its disabled sports complex, stand at an angle facing the boulevard d'Alsace and extending along the rue d'Arras. This location offers an obvious opening onto the Moulins district and requires taking into account the perception of the new facilities as seen from the adjacent urban area. Two scales stand out:

- On the one hand, the facility as perceived from afar, its masses and roofs designed to offer a rather elusive view

- On the other hand, the one of the facility settled into in its environment and offering closer views over the ground floor, the entrances... to passersby and inhabitants.

This dual scale is translated by the construction of a building that fulfils both its urban and symbolic dimensions while also meeting its functional requirements.

The complex, arranged in a ring around a central courtyard, has clear lines standing out against Lille’s skyline. The transparency of the ground floor offers genuine openness to the outside, ensuring visual continuity over the entire program. The upper floors of the school are treated as a more emblematic urban feature. The interplay of volumes make it easy to identify the main element of the program (school, boarding house, disabled sports facility, cultural center) and to also fit into the character of the local environment, a fairly fragmented urban fabric. A horizontal strip positioned between the ground floor and the upper floors runs throughout the programs, thereby linking them and providing cover for the courtyard, which is encircled with a ring of vegetation.

The fragmentation of these three volumes gives the entire building a certain lightness, owing to its openings to the exterior. The covered playground has openings onto the neighboring city blocks (to the north) offering numerous views. The playground also faces south, towards a major cityscape and onto the elevated urban train system. The transparency of the table tennis room onto the boulevard d’Alsace underscores the effect of the school’s openness to the city, further enhanced by its connection to the broad main entrance on the rue d’Arras. 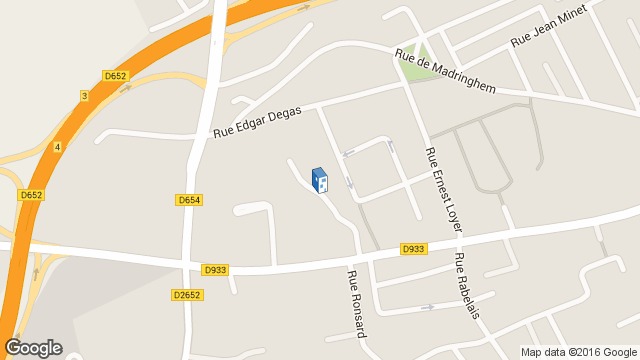 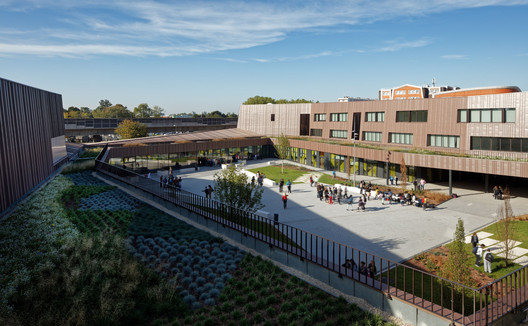