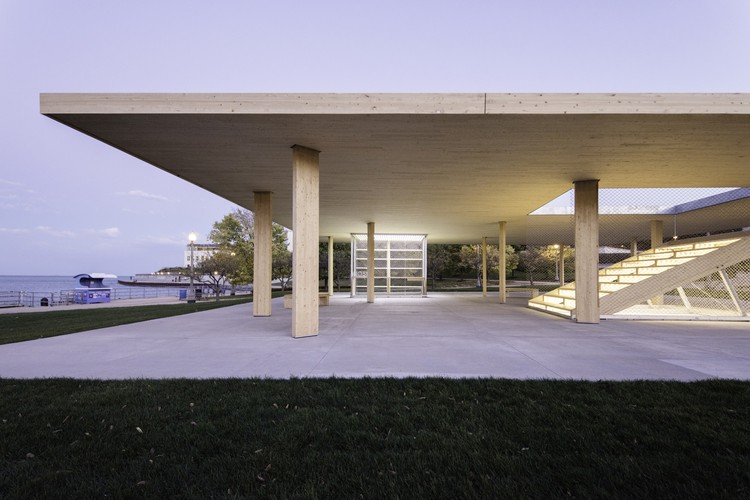 Text description provided by the architects. How much kiosk can you get for $75,000? Chicago Horizon probes this question through a quest to build the largest flat wood roof possible. Using Cross-Laminated Timber, a new carbon-negative engineered lumber product, in the largest dimensions commercially available, the kiosk aims to provide an excess of public space for the Architecture Biennial and Chicago beach-goers.

The generous 56-foot square offers an architectural lending library and shelter from the elements during its time in Millennium Park, and later becomes a large shading canopy overlooking Lake Michigan with space for commercial vending within. Chicago Horizon expresses lightness at a variety of scales, from the 8-foot hovering roof plane to the viewing platform and vending kiosk, which are suspended from the roof using chain-link fencing without any additional supports.

The lateral reach of the roof recalibrates the experience of two extremes of the Chicago landscape: at ground level, the Lake Michigan horizon dominates, forming a line of symmetry between ground and canopy. From the viewing platform, the roof becomes a new artificial horizon, shutting out the foreground and emphasizing the floating vertical Chicago skyline above an abstract floating plane.

The pavilion roof structure represents the application of the principles of flat plate (typical to concrete construction) to the material of wood. Two layers of CLT panels—one layer oriented in each principal direction, and each outer layer oriented lengthwise to the 8-foot-wide by 56-foot-long panels—combine to form a two-way spanning plate supported at points by columns. Each layer carries bending in the direction of the panel, with the layer above or below providing shear transfer between adjacent panels (and vice versa in the other direction). The result is a surprisingly thin 8.25-inch roof structure that spans upward of 30 feet between columns.

The columns connect to the roof plate using steel tongue plate bolted to the columns, which passes up through a slot in the CLT to a horizontal plate that connects to the CLT panels from above, hidden below the roofing and waterproofing. The columns themselves are simple glued laminated sections, held off the ground by a similar tongue plate at the base. The observation platform is supported by a chain-link fence held in tension along the edge of the opening to the roof using tack welds to structural steel angle framing the opening. The overall system is simple in its detailing, use of materials, and conception of its performance as a two-way plate, and this underlying simplicity complements the efficiency of the system. 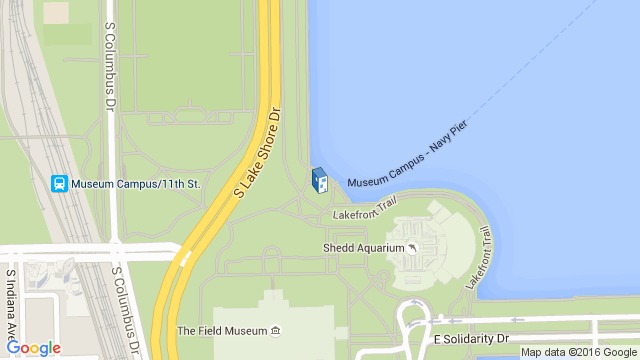 Location to be used only as a reference. It could indicate city/country but not exact address.
Share
Or
Copy
About this office
Ultramoderne
Office
••• 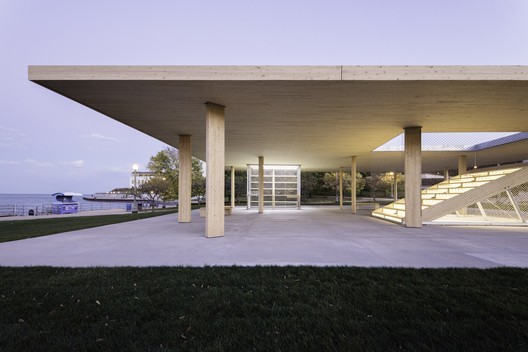