Following the announcement earlier this year that Herzog & de Meuron were developing designs for a new £500million stadium for Chelsea Football Club, the Swiss practice have released a series of official images which narrate the project's design intentions and contextual implications. The new stadium, which will be built in place of the football club's existing stadium at Stamford Bridge, will contain a "three-tier, four-stand, bowl with a capacity of 60,000 supporters" (compared to the current 41,837 capacity) and have around 60,000sqm of facilities housed within its ribbed shell. 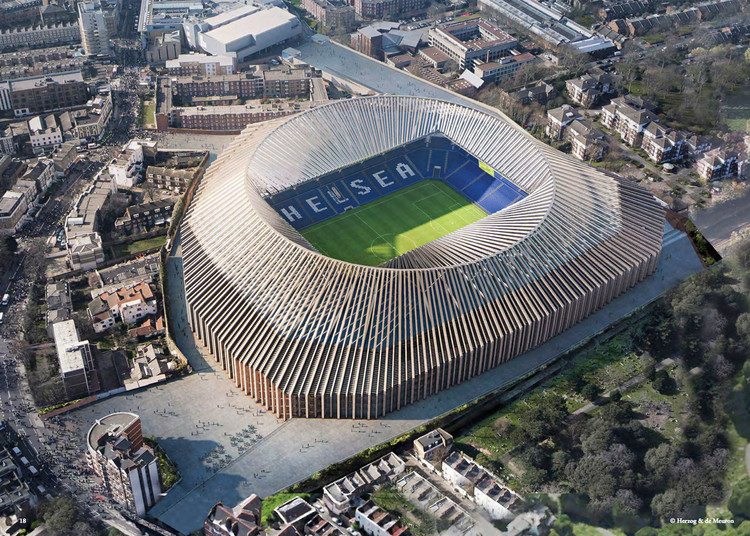 The irregular volume of the stadium will fill the site and feature 264 slender brick piers "inspired by Gothic architecture and nearby Victorian-era brick terraces" which will wrap the entire structure. Above the pitch, the irregular shape will be resolved into a circular peak, descending towards the centre of the design to form a rectangular opening above the pitch.

According to the planning statement, as reported by the Architects' Journal, "the structure will have a lightness of expression when viewed directly but also a solidity and textural materiality when seen obliquely. As the design evolved," it added, "the mass of the building significantly reduced, decreasing the impact of the new stadium on surrounding buildings. The external appearance became more open, moving from imposing brick walls to a visually open structure, a subtle and functional response to the historical context of the more open, popular and congregational character of earlier generations of the stadium."

The project is now awaiting planning permission and, if passed, will be completed by 2020. 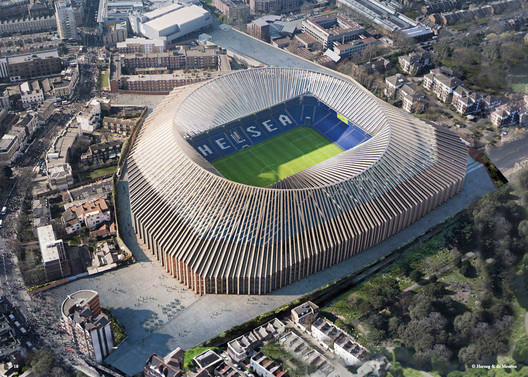