Now in its second year, DesignCurial has revealed the results of their annual “Top 10 Public Toilets” award, recognizing outstanding lavatory design across the world. The top 10 emerged as exemplars among over 1,000 public toilet designs, evaluated on “design, innovation and the relationship with surroundings”. “The aim of the list was to bring international design to the fore, especially unique architecture that may be overlooked due to the structure’s mundane stereotype,” said Katherine Houston, web editor at DesignCurial. “This list is well geographically spread, with distinctive designs emerging from Japan, Australia and the UK to name a few.” See the world’s best public toilets for 2015 after the break. 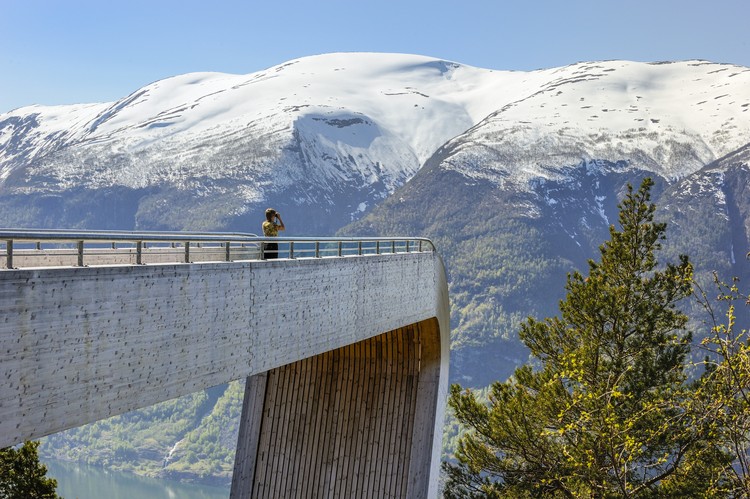 Developed in 2011, this toilet is the prototype for new public infrastructure planned for locations throughout Uster. Its parametrically-designed façade consists of folded, coloured aluminum strips that can adapt to various building sizes and shapes according to its surroundings. Depending on the sun and observer’s position, a shimmering effect is produced by the combinations of strips at different depths, angles and colours.

Slotted between two buildings, a volunteer group residing in an early 20th century storage building called “Tokinokura” held a public design competition for this lavatory. This winning proposal was selected from over 75 entries, and uses a double-storey ceiling to flood the tiny space with light.

The first public toilet built on the banks of the Colorado Park in over 30 years, 2015 marks this projects second time on this list. Both a restroom and dynamic sculpture within the landscape, it “consists of 49 vertical Corten steel plates arranged along a 'spine' that coils to form the walls. The plates are staggered in size to control views and to allow for the penetration of light and fresh air.”

Located in the recently landscaped and pedestrian-oriented area of Wembley, this public toilet consists of two major parts. The bottom, made of concrete, is designed to withstand heavy use. Above head-height, the structure becomes a shiny, metal screen that allows light and ventilation while maintaining the privacy of users.

Designed as a solution to the problem of public urination, these pop-up urinals disappear during the day and reappear during the more social night-time hours. Over 100 have been installed in locations like London, Borough of Westminster, Lambeth, Reading, Colchester, Taunton, Newquay, Belfast, Amsterdam, Rotterdam and many more.

Unlike others on this list, the L’Uritonnoir not only acts as a restroom but also produces compost. Combining a urinal and funnel, the Uritonnoir is slotted into hay bales. By combining carbon from the straw with nitrogen from the urine, human manure is created, becoming compost in roughly 6-12 months.

From the designers: “As well as taking into account practical considerations such as security, hygiene and vandalism, the brief was to create a structure with a sculptural form; something iconic, highly visible and unusual that was also well integrated into the visual and historical context of the surrounding precinct.” Public descriptions of the lavatories vary, between an armour-plated insect or robotic dinosaur and more.

Part of a social experiment to “test the courage of its users”, the transparent toilets feature LCD Privacy Glass that becomes opaque when the door of the restroom is closed and transparent when open. The project also has a safety feature – to help prevent drug overdose, the doors unlock and the glass becomes transparent when a user has not moved for over 10 minutes.

Overlooking the scenic fjords of Norway, the Stegastein Lookout restroom has a minimalist design in line with the surrounding path. With black concrete on three sides, the occupant has sweeping views to the valley in front, with privacy simultaneously ensured by the orientation of the washroom. 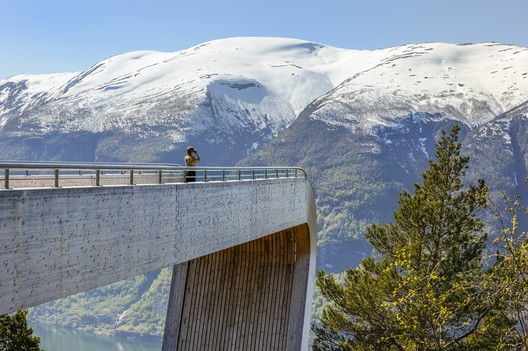