Continuing with our coverage of Espacios de Paz 2015 (Spaces for Peace) in Venezuela, Plataforma Arquitectura Editor José Tomás Franco reflects on the crisis of the architect who approaches his work abstractly -- without taking into consideration the unique problems and issues of the territory -- and on the strengthening of a collective architecture, that is honest and efficient, not only benefitting the affected communities but also, indirectly, revolutionizing the way we architects do our jobs.

In times of crisis, the need for progress forces us into action. While pressing issues in Latin America generate instances to improve the quality of life in the most vulnerable neighborhoods, architects, which are plentiful in the region, seem pressured to broaden their scope and search for new fertile spaces to work in. This meeting of forces not only translates into a real contribution to a particular community, but also subtly reveals a change in the way in which we practice architecture.

Faced with the highly complex task of meeting the urgent needs of people with limited resources, Latin American architects have been obliged to work based on efficiency and teamwork, recovering key skills and using them to help other human beings. Skills that are essential for showing that our work is fundamental, and not only in the cities' forgotten neighborhoods.

Why do Latin American architects seem to be returning to their roots? 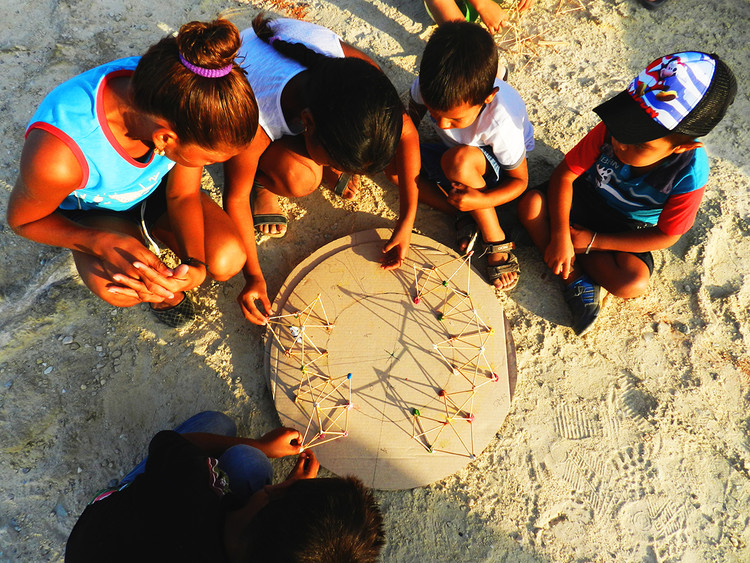 LOOKING FOR OPPORTUNITIES TO PRACTICE
Architects who act out of necessity

It isn't a coincidence that during the past two years close to 30 groups of Latin Americans have met in Venezuela with the sole objective of improving people's lives through architecture. Incredibly, this objective, which seems like it should be common sense in our profession, takes a back seat in the majority of the projects that are making up our cities today. So where is this push coming from?

Espacios de Paz hints at a series of changes occurring in Latin America. First off, the problems in Latin America are beginning to be thought of as the responsibility of all who live in the region, since in a way they are the same for everyone. However, concrete actions in at-risk areas have started to become, for many, the only opportunity to practice the profession.

Today the number of architects is increasing and jobs are becoming more and more scarce, at least the type of jobs that almost all of us hopes to get. But if we really think about it, there is actually more than enough work; not to build huge skyscrapers or amazing beach houses, but in all of the parts of the cities where there isn't enough architecture -- in the barrios of Venezuela, in Brazil's favelas, in the villas in Argentina, and in the poblaciones of Chile.

The dearth of other projects, the need for architecture, and finally, the crisis (as social as it is laboral) are forcing us to do our best and focus on these forgotten parts of the city; on these empty spaces that are full of opportunities which not only allow us to place our knowledge at their service, but also let us show that the physical change of an environment is much more powerful and transformative than it seems, and that our importance as architects goes far beyond charity.

This isn't new. For years now we've noted that the "independent architects" are slowly disappearing to make way for collective work --the simple act of coming together to build. There is absolutely nothing wrong with working individually and proudly signing off on plans for a personal project, on the contrary, it's simply a change in the way we deal with practicing our profession; there are tons of examples.

In these cases, the architect disappears as an individual figure and in its place emerges a space created collectively, by everyone and for everyone. They're teams that look for and take advantage of all these opportunities that allow them to express their passion without preconceptions or out of control egos. Teams that go looking for field projects, beginning with what a site says to them, strengthening activities and situations that occurred previously. With respect for the material and its scarcity. And with respect for the way in which a community lives and how they do things.

Even though egos will always exist, the difference is that there is just no room for them in these contexts where the needs are urgent and the solutions must be (at least at the beginning) very conservative.

This is one of the key lessons: "extreme conditions" that are normally associated with poverty and don't allow for fanciful and erratic solutions – simply because they aren't possible-- should be the initial conditions of any project. In these instances there is no choice but to be efficient, to correctly utilize available resources, to decrease the budget as much as possible, and to think twice before making even a single mark on paper.

Common sense appears again: Isn't all of this obvious?

Within this context and almost without looking for it, Latin America today is setting the standard of what an architect should be in any part of the world and under any circumstance. If we take any one of the projects made under Espacios de Paz and we describe it we realize that in the end this is the architecture that we all need, and that the "social" aspect is just an excuse to make it visible.

It is an architecture that goes beyond “giving refuge” and only fulfilling a set series of functions. It responds first to human beings and understands that this can't completely develop if we isolate ourselves from one another. It is provocative architecture, but just and adequate to its circumstance and its requirements. It moves us because it is human, open, healthy, and restorative.

It is an architecture that materializes a hope that we can grow, change, become better, and transform ourselves; that opens our minds to our own potential. An architecture that starts a movement, an action, a friction, that creates opportunities and multiplies them. An architecture that, again, is necessary not just in the most at-risk areas of society, but also in neighborhoods with more resources where architecture normally separates us.

Now more than ever we have the tools to reevaluate ourselves as professionals and show that our work can be decisive in the construction of a better future.

Something big is growing in our region. This seems to be the way.

This article was originally written for Plataforma Arquitectura by José Tomás Franco and translated by Matthew Valletta for ArchDaily.

* The images in the article belong to the "Estación de Servicio" project (Punta Arenas, Cumaná, Venezuela), designed by the architects at RUTA4, Colectivo Independiente and PICO Estudio.