In the past two weeks, it seems the big stories in architecture have been focused around the world's biggest cities, with developments in London, Chicago and San Francisco grabbing headlines.

Continuing our series of round-ups of ArchDaily readers' responses to such attention-grabbing stories, recent articles sparked interesting arguments about MAD's newly-approved Lucas Museum, Snøhetta's almost-complete extension to SFMOMA, and Renzo Piano's recently-revealed "Skinny Shard" in London, as well as discussions over the power of developers to shape architecture in New York. Read on to find out what readers had to say.

George Lucas and Ma Yansong may have finally won over Chicago city officials, but many of our readers remain unconvinced by the proposal for the Lucas Museum of Narrative Arts. Many of ArchDaily's Facebook followers continue to take issue with the loss of public parkland, but commenter HeywoodFloyd instead took issue with the way the museum was described by its architect:

Continuing the theme of civic assets compromised by new buildings, simon de vries took issue with the scale and expression of the new extension to the San Francisco Museum of Modern Art by Snøhetta:

"The remarkable civic presence that the original Botta building had has been compromised by a mass that drapes itself over it and competes for the attention. It is tragic that such dignified and timeless architecture as is present in the Botta building has to suffer under such bad decision making. The Botta building sets up countless horizontal datums that could determine an appropriate scale for an extension. However, and very disappointingly none of these were respected and the result is that of a tumor rather than a dignified supporting act." - simon de vries

It's a good point and hard to argue that the extension doesn't take attention away from the original. However, could it be that Snøhetta were constrained by the limits of the brief? The museum required a large extension on a small site, resulting in a 10-story extension that dwarfs its predecessor. Is this simply a result of the museum being too successful for its own good, or could a better design have somehow masked the bulk of the extension? Let us know what you think in the comments.

It seems that the common criticism of The Shard - that it is out of place on the south side of the Thames at a significant distance from central London's main tower cluster - has had little effect on Renzo Piano. Last week Piano unveiled a new tower for London, shorter than the Shard this time but, rising over Paddington, significantly further from any other high-rise development. Some readers felt that the development wasn't in the best interests of the city:

"Not every neighbourhood needs to look like or aspire to be Canary Wharf. Low-rise, medium rent districts are good - our cities need a diversity of neigbourhoods. I can imagine this tower will change the whole rent structure of the neighborhood for the worse - rising prices will displace people and businesses. Come on, Renzo, you can do better than this!" - Gemini

Shortly after these criticisms had been leveled though, Piano appeared in the British press to defend London's skyscraper boom. However, comments by readers on that story seemed to imply that Piano's view lacks nuance:

"I believe that London could have more skyscrapers but currently I have impression they are being placed randomly. City skyline needs protection and the area proposed for high rise buildings needs to be selected carefully." - Adam

It's hard to disagree with Adam's argument here. But how can London ensure that skyscrapers sprout in the right places? And is there any place for high-rise development in less central boroughs such as Paddington?

Our article about O'Neill McVoy + NVda's proposal for Brooklyn Bridge Park's Pier 6 residential project sparked some excellent discussion about the role of architects in the world of development, most notably from Scott Smith:

"Clearly by everything you have stated in your article you must realize it isn't up to the architect. This building typology (and increasingly more of them) is all about profit. I hate to be the cynic but what do you expect? The developer wants to make money and in order to do that the building must be very efficient in terms of occupiable area. It's just reality in residential architecture. At the end of the day, in my experience, this building typology is represented as a spreadsheet. Yes of course, the developer cares what it looks like and wants to make it attractive for potential tenants but it has to fit their numbers. It is very frustrating when you work countless hours at perfecting plans, making beautiful elevations and perspectives only to have a developer client flip through it to get to the spreadsheet. We as architects have to do a better job understanding this and speaking their language - this is why developers have repeat architects like Marvel, Cook+Fox, SHoP - they speak this language and the client knows what they're going to get before the design even begins." - Scott Smith

Another interesting response came from Ben:

"I do not think this terracing building does any more good than the extruded box. These are private terraces anyway. This reminds me a bit of Steven Holl's Linked Hybrid, a project that could be compared to the Unite d'Habitation in its ideology and even its architectural manifestation. But at the end of the day it was a luxury building complex for rich people. It was a privatized object not an open space for the collective. If there is any spatial realm left for the architect, it is at the ground plane not at the tower. Terraces, no terraces, extruded block, elevated bridges, it is all capitalized. The only thing egalitarian is the ground. Why fool ourselves with these towers?" - Ben

Both of these are valid points but personally I don't see why there is such fatalism within the architecture profession. Is it so outlandish to think that architects might convince developers - and perhaps more importantly, the developers' potential customers - that egalitarian design is worthwhile? Let us know what you think in the comments.

This week also saw some great comments relating a topic we featured in our last round-up in this series: the use of color in designing for children. This time, the discussion was sparked by a different ascetic design, Pierre-Alain Dupraz's Kindergarten and Crèche in Switzerland. There were too many great comments to feature here, so I recommend readers check out the full discussion, but to give a teaser here is just part of a comment by :

"Don't get me wrong I don't deny the poetics of the space, beautiful in terms of its minimalist detail and light.

But the architect has forgotten who the end user is.

I think if I you had asked me 5 years ago before my kid was born I probably would have the same comments as bibi and JCzechowki... but now I have a 3 year old that's totally change my perspective.

I look at the beautiful photos and think where are the storage for all the toys, (my bad I see them in image 6) where is the tactile stimulation beside all the cold hard surfaces, where is all the child proofing? Yes color is important in a Child's development.

I as a parent wouldn't want my son growing up in such a sterile environment - beautiful as it is - and I reckon you would find it hard to find many architect (who is already a parent) who would want to send their own children here." - KWoei

Another comment I found of particular interest was Pablo's comment comparing Pierre-Alain Dupraz's design with one by Losdeldesierto:

"there's a whole study about chromotherapy in that project, heights, visuals. They put themselves in the body of a 2, 4, 6 year-old's children, so I don't really think they just went for the 'kitsch' thing. Architecture is about empathy. Is not about your preferences. We do architecture to serve people." - Pablo

I think Pablo's comment touches on something that needs to be brought to this debate: the issue of scientific studies. Can anyone provide some insight on the science of color in children's environments?

Keep the debate flowing! Please post any responses to these topics in the comments below. 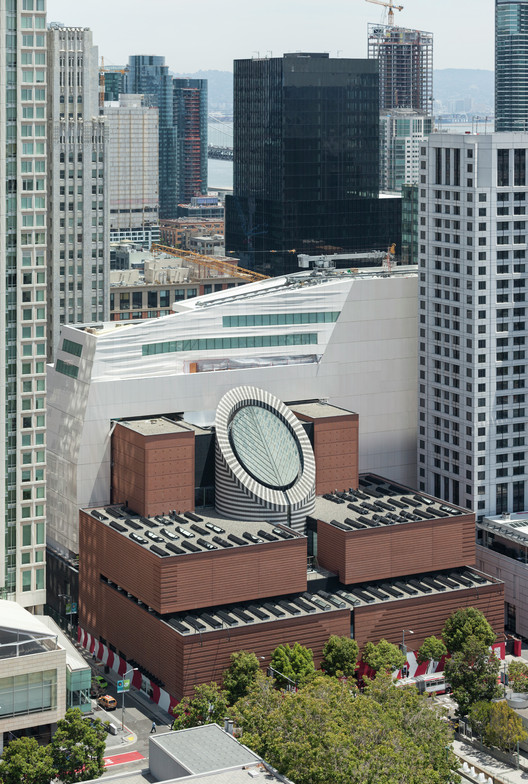