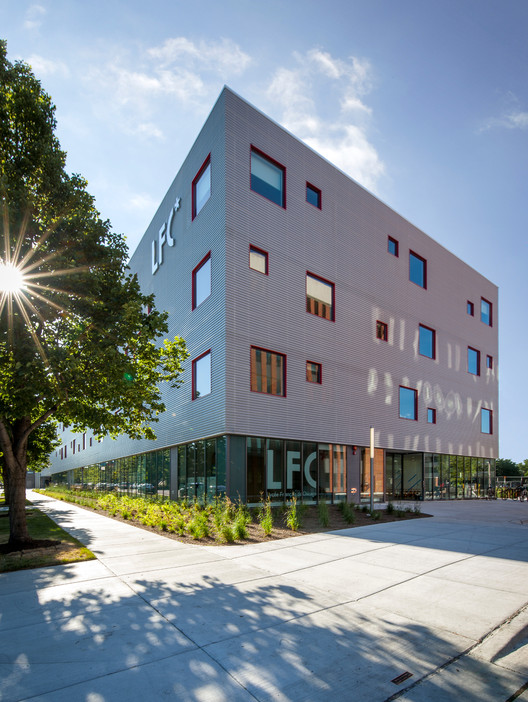 Text description provided by the architects. Located in close proximity to the heart of Lincoln Square in Chicago, the new 85,000 SF Lycée Française de Chicago has been conceived as a unique educational campus with light-filled spaces intended to encourage educational discovery and shared environments aimed to celebrate the Lycée’s international community.

Sprawling over 3.8 acres, the Lycée campus has been designed to be implemented in phases over the next few years. The first phase of the campus development accommodates core school functions such as academic spaces, administration areas, and a gymnasium. Future phases will incorporate an auditorium, an expanded library, and an arts building. This approach has allowed for financial resources to be incrementally utilized, adding progressive value to the project into the future.

The project's key concept revolves around the creation of a shared learning environment in which to celebrate the vibrant Lycée community. Intended to engage faculty and students across all academic grade levels, this Social Learning Fabric space manifests itself through a majestic four-story open atrium. The spaces held within the atrium foster informal student and faculty interaction. In addition, the space provides a shared sense of social and global responsibility, attributes which are both intrinsic to the Lycée's curriculum and community.

The Lycée is situated in one of Chicago’s most dynamic, artistic and culturally relevant neighborhoods, where the school aims to cultivate community partnerships. The campus has a private drive, and college-preparatory facilities equipped to serve up to 800 students with 41 classrooms, laboratories for art, science and music, a cafeteria, a gymnasium, a library, administrative offices, playgrounds, a soccer field, and ample green space for outdoor athletic activities.

The Lycée Française de Chicago was the first development project that crossed the desk of the then newly elected 47th Ward Aldernan Ameya Pawar in 2011. The campus has replaced the former Ravenswood Hospital that had been vacant for over a decade. The new LEED certified project has been a welcome addition to the neighborhood, bringing renewed energy to an already thriving area.

Due to the development’s aggressive budgetary objectives, the project has been conceived with extreme efficiencies in mind, making it one of the most cost effective educational projects built in Chicago in the last few years.

It is within the framework of these ambitious budgetary goals that the new Lycée Français de Chicago represents a great example of how a deliberately restrained design approach can produce architecture of outstanding quality, and that an economy of expressive means can generate magnificent architecture rooted in simplicity and in the essential qualities inherent to any great building: light and air, proportion and color, circulation and arrangement.

The new campus opened in fall 2015 and coincided with the Lycée Français' 20th anniversary as Chicago’s premiere international educational community. 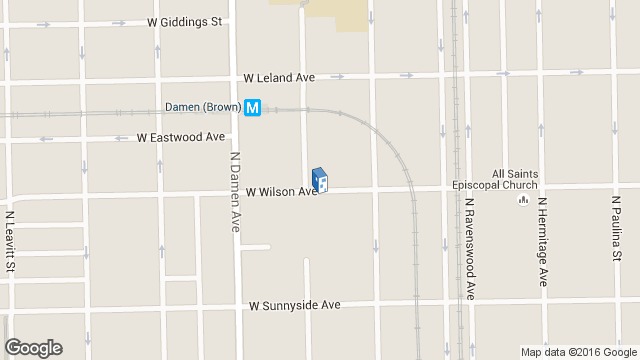