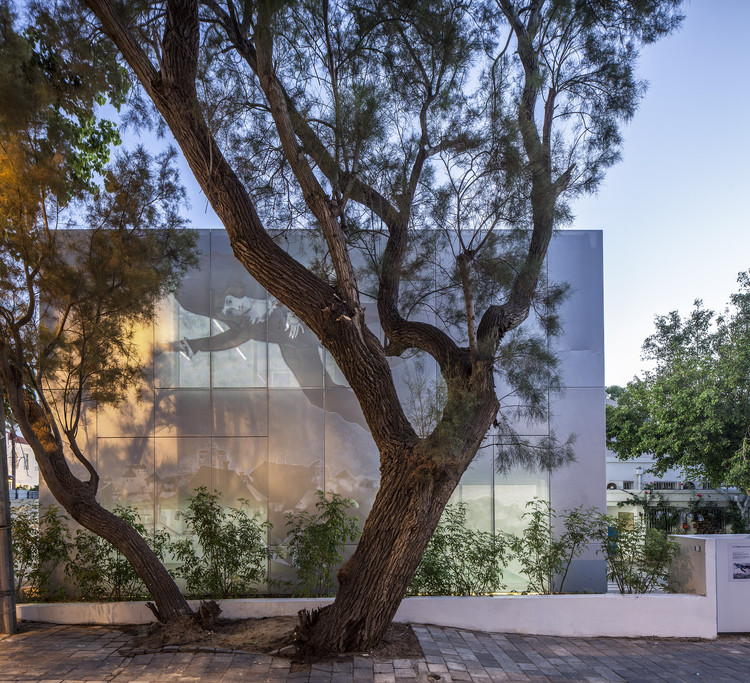 “One must learn. All men hold in common the ability to feel pleasure and pain. But this resemblance is for each only a probability to be verified. And it can be verified only by the long path of the dissimilar.” Jaques Rancière, The Ignorant Schoolmaster.

The new french school “Marc Chagall”, located in the neighborhood of Neve Tzedek in Tel Aviv is composed of two volumes. The main volume has been built around a patio of elders, an open court onto which the classrooms and the “suspended” stairs front. Around this petit-jardin, which is the eccentric focus of the paths of the building, two stairways grow on the sides creating a double staircase, which ends at the upper floor in a new open space, a meeting point for the students. Anyway, the main feature of these stairs is to follow the path in a double and asymmetric way, both internally from the flight of stairs that fronts onto the patio, and from the main garden of the school. This direct path, which leads from the exterior to the first floor is one of the main elements of the façade, which is oriented towards the old building and makes the visitor look at the sky. The second volume is a wide classroom next to the main volume.

-The façades of Marc Chagall School smile- with these few simple words a young student described our idea to build a unusual shell around the building. Every façade gives the child a different view of the building, also with a homage to the masterpieces of Chagall. Like in a dream, where different plots mix and support each other, the figures of Over the Town (1914) appear on the façade in front of Shluss street. The image changes according to the viewing angle, if someone gets closer, its traits change.

30 optical panels of aluminum, of different measures and created for the painting thanks to the 3D pixel system, transform the colours of the image in many small shadows created by the peculiar shape of the panels’ surface, making the image almost a hologram. This creates an optical weave that changes according to the point of view of the observer or the different diffusion of artificial light during night. The façade underline the Chagall’s idea of the city passed by figures, animals and objects floating in the air against the laws of time and gravity. On the west façade there are the entrance from the patio, which leads to the classrooms, the deep passage of the stairway and a long line of windows, which receives sunlight from the west. On the long white wall there are some very thin glass panels with pure colours, not blended: light blue, orange, red, yellow, blue; flags of imaginary places that only children can see.

These fragments of coloured lights are united to the floor through thin steel cables, which support climbing plants: the purple wisteria on the east façade and the jasmine on the west façade. They slowly rise from the ground towards the roof like in the tale of Jack and the beanstalk. Tales are a source of freedom, which the master Chagall was able to transmit with its works.

The colours also continue on the floors of the wide classrooms, which face the surrounding green or the sea. The openings were thought to catch the most interesting parts of Tel Aviv’s skyline. The school presents different degrees of luminosity thanks to the double line of windows and the internal patio, which provide also natural ventilation. 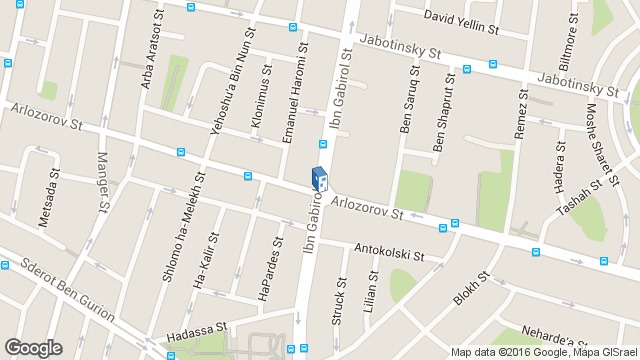