SimpsonHaugh and Partners has announced the construction of its new premier residential tower, called Dollar Bay, at the East India Dock overlooking Canary Wharf in London.

Named for the site’s World War Two heritage—“when dockworkers would tow American naval ships to their moorings for the cost of one dollar”—the building will provide unparalleled views of the River Thames from where it sits across from the O2 Arena. 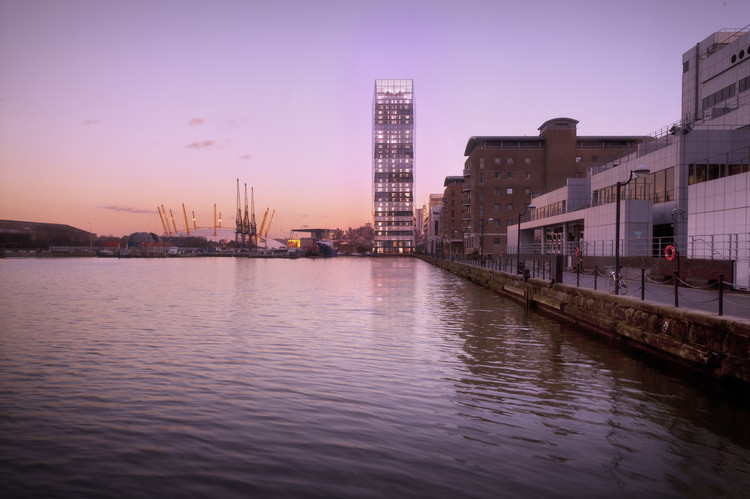 The building’s design “features a distinctive design of two crystalline forms that are bound together by a central spine. Facing west, the façade undulates to create a dynamic rippling effect with the glass panes increasing in size as they near the base of the structure.” The colors of the sky and water will be reflected in these panes, creating a continuously moving exterior.

At 109 meters tall, the building will include 121 residential apartments, retail units, a gym, and a private residents’ garden with a children’s playground. Additionally, the double skin envelope of the tower will give each apartment a one-and-a-half meter deep winter garden, which provides “amenity space without exposure to London’s often-adverse weather conditions.”

Furthermore, the base of the tower is set to improve both residential and public space through the dock area, which will include 184 bicycle spaces in order to promote active lifestyle choices.

Upon completion, Dollar Bay will be the third and final addition to a trio of high-profile projects by SimpsonHaugh and Partners in London. The project’s projected completion date is set for 2017. Learn more about the upcoming tower, here.

News via SimpsonHaugh and Partners. 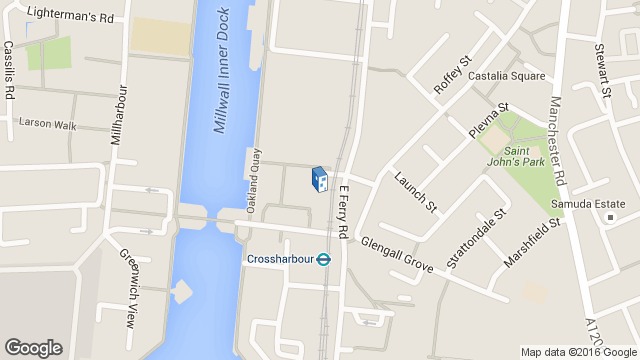