Winning joint first prize in the recent competition hosted by the Louvre museum, Alberto Campo Baeza and Raphaël Gabrion have proposed a dark, cubic volume for the combined conservation facility and gallery to be built in Liévin. Though the final commission for the project was awarded to the other first place winner, Rogers Stirk Harbour + Partners, the proposal by Campo Baeza and Gabrion offers an interesting take on the relationship between art and architecture. 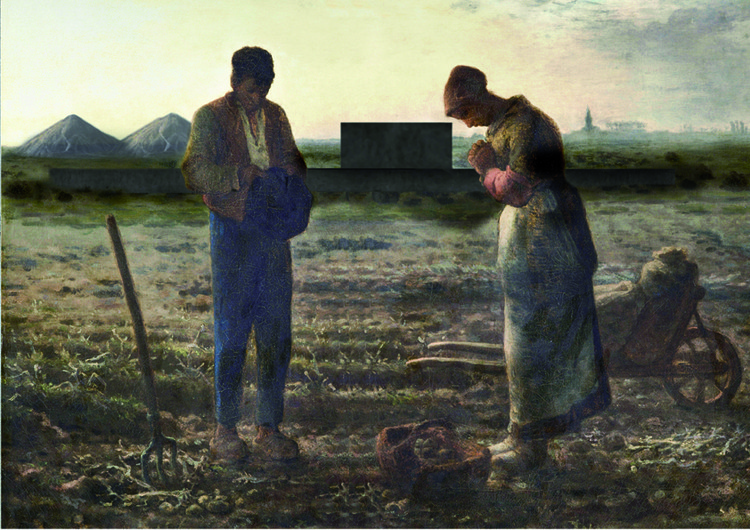 The Louvre Liévin competition was spurred by the success of SANAA's Louvre Lens, prompting the museum to investigate options for another outpost to hold and preserve around 250,000 artworks from the museum's collection. Sited very close to Lens, the former mining landscape of Liévin partly inspired the low-slung, brooding presence of the proposal, described by Alberto Campo Baeza as "a fortress capable of securely guarding those treasures."

Named "Le bateau ivre" (The Drunken Boat) by the architects, the proposal was also inspired by Arthur Rimbaud's 1871 poem of the same name, echoing the poem's strict A/B/A/B structure in its crisp shape, and calling to mind the shape of a boat in its form. In the long, low podium, the design incorporated all of the conservation workshop areas and services, with the gallery portion of the building taking a prominent position in the emerging "chimney" of the boat.

To further strengthen the relationship of the building with the artwork it houses and protects, Campo Baeza and Gabrion also produced three postcard images, inserting their design into some of the Louvre's most prized works. In one, the building is inserted into the background of Millet’s The Angelus; in another, a model of the building is substituted as the focus of Jean-Baptiste-Siméon Chardin's Boy with a Spinning Top; finally, the building shimmers on the horizon in Monet's Soleil Levant.