After being raised in Papua New Guinea (something he credits for bringing an appreciation for local craftsmanship and vernacular architecture) Murcutt graduated from Sydney Technical College in 1961 and began his career working under local architects Neville Gruzman, Bryce Mortlock and Ken Woolley. Setting up his own practice in 1970 and beginning his long teaching career at the same time, Murcutt gradually built up a reputation in the Australian architectural community as a dedicated, efficient designer and an effective teacher, building a series of well designed, innovative small commissions that steadily created a portfolio of exemplary work.

His combination of teaching and practice has led him to be one of the most eloquent proponents of his particular approach to architecture. This is evident in both his theoretical work and his projects, where houses adapt to changing conditions passively and have a linear focus that helps them fit into the landscape—a technique that is only possible due to his attention to detail when assessing the wind directions, temperatures and water movement at each new site. Together, this creates buildings which he says "live" through their respect for nature.

To learn more about Glenn Murcutt's philosophy and practice, you can watch his 2008 interview for ABC TV’s Talking Heads program, or read Kenneth Frampton's essay on his work written for the 2002 Pritzker Prize, via the links below. 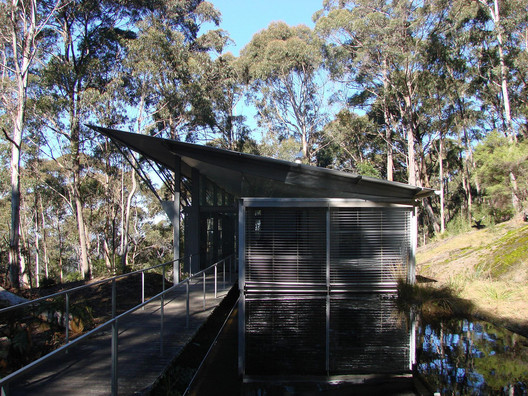