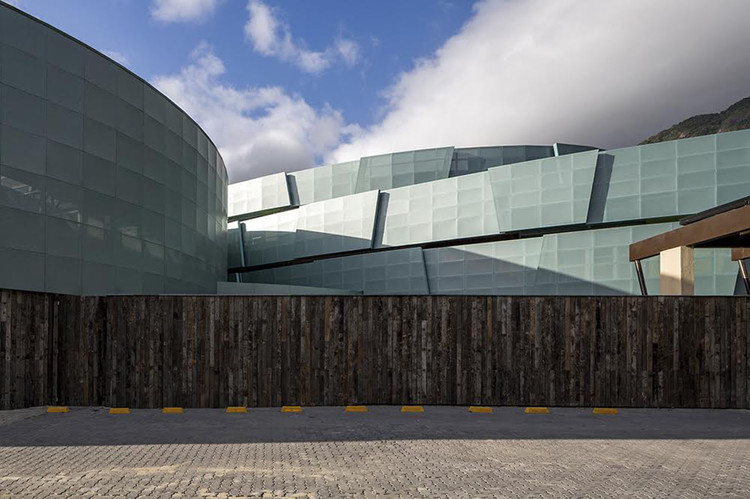 MOPI primary school is located in an urban but very green area of Rio de Janeiro, Brazil. Its main façade faces a busy avenue that connects Rio’s west and north zones. The opposite side of the building overlooks a national forest park with mountains, preceded by houses and lots of vegetation. The building was conceived as four separated volumes connected by open balconies and derived from a “U” shaped whole open towards the forest. The two elliptical volumes that faces the avenue contain the main classrooms, while the other two water drops shaped volumes contains secondary spaces such as the administration area, pedagogic room, art, library , computer classroom and so on. The whole building split into four distinct volumes facilitates cross air circulation that provides passive cooling while marking very clearly the use purpose of each one. Translucent channel glass encloses most of the classrooms, flooding it with light without distracting the students. The main façade evokes the forest; it is an abstraction of a tree. Composed of micro perforated pre-oxidized copper panels attached to laminated wood beams, which are attached to the concrete structure of the building. The wood used in these beams are a fast growing renewable material source, and its species (eucalyptus) are planted specifically to be harvested. The micro perforation of the copper allows the passage of air while blocking rainwater. It also gives the school a very lively aspect since it plays with transparency and opacity. During the day, it looks opaque from the outside and semitransparent from inside. The green color dominates the façade. At night, it becomes semitransparent, letting movements and colors shine through, making it come alive.

In 2009 a covered pool was built on an adjacent plot. Steel circular columns and eucalitus glulam beams support the polyurethane filled metallic roofing.

After 3 years of negotiations by the clients , MOPI expanded to two more adjacent plots, almost doubling the number of classrooms and erected a sports arena. Now the school dominates all the front of the block faced to the avenue. The main intention was to make the result of three different phases of construction in six years present fluidity and coherence: the idea of unity. All the material and finishes followed the original project, except by the use of perforated ACM that was added to part of the façades combined with reused pole wood. The expansion building has an elliptical plan and the same levels of the original building. The open terrace used as a recreational area during classes recess offer views to the natural beauty of the neighborhood.

The abstraction of a tree in the façade is made of glulam (eucalyptus). It’s a non-native species planted to be harvested. Much used in the paper industry (cellulose) and more recently, in civil construction. Regarding recycled materials, the project has reclaimed wood from old electicity posts on the base of the whole façade that faces the streets. Interlocked rubber floor from old tyres covers all the recreational areas. that interlock system maintains the soil pearmeable. Decisions such as harvesting rainwater are everywhere and are mainly visible in the arena, where two large yellow rain drain pipes on each side of the ellipse capture water for watering plants,school cleaning and toilets. The heating for all showers is made with the use of solar panels and all taps have timers.

Inclusion is part of the school concept, so it had to be incorporated into the project from the beginning. The vertical circulation is made through ramps with a maximum slop of 1:12 ( 8% ). All the floors have bathrooms for the disabled and all doors are always 90cm or wider.

The fact of dividing the building into separate volumes connected by balconies facilitates air circulation and natural cooling of all spaces. That decision makes very clear the different functions of each volume, serving as a strong visual reference. Translucent glass ( Profilit Pilkgton ) is used in the classrooms and floods them with natural light without distracting the students. Perforated ACM panels are at the same time a physical protection for the external circulation and sun protection for the entire inner façade of the building containing the 14 new classrooms. the same solution , togheter with micro perforated copper plates is used throughout the facade of the sportive arena. the perforated facade allows air to pass freely while filtering light and bringing inside views of the surrounding nature. the use of polyurethane core steel roofing helps the building to have a passive cooling strategy. 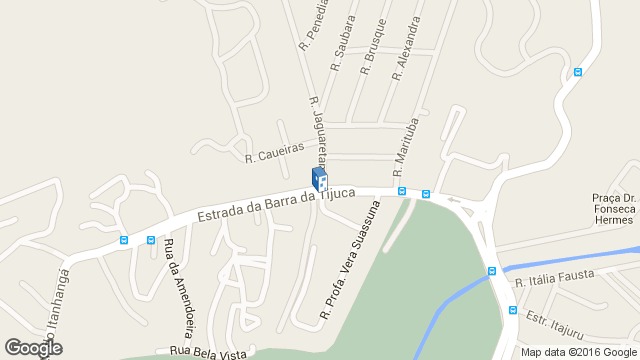 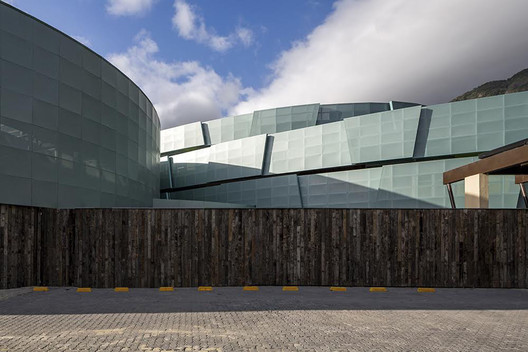