The Italian city of Bolzano, located in the foothills of the alps, has an intimate connection with the mountains that surround it. However, for almost 40 years, one of the most commanding views of Bolzano has been inaccessible, since the cable car which led up to the Virgolo mountain was closed in 1976. After winning an international design competition hosted by The SIGNA Group, Snøhetta has now been selected to replace that cable car, making the summit of Virgolo accessible once again and returning a valuable tourist asset to the city. 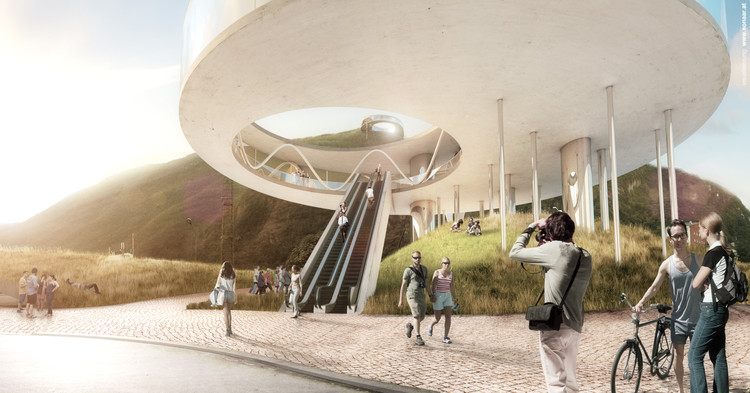 Snøhetta's design features two circular terminals at the summit and the base of the mountain, framing each other through holes in the centers of the buildings. The cable itself runs at a tangent between the two buildings. At the base of the mountain, the project's landscape design will introduce nature to the city, marking the end of the Südtirolerstraße, while at the top, the station will create an "urban interface with nature" - not only providing stunning views but also hosting a restaurant, café, infinity pool and meeting rooms. In addition, the development will also include a "Mountain Square" suitable for hosting events such as open-air markets and music shows.

With a travel time of just 1 minute and 11 seconds, Snøhetta says that the cable car will make the top of the Virgolo mountain just a five-minute walking journey from the Piazza Walther at the historic center of Bolzano. 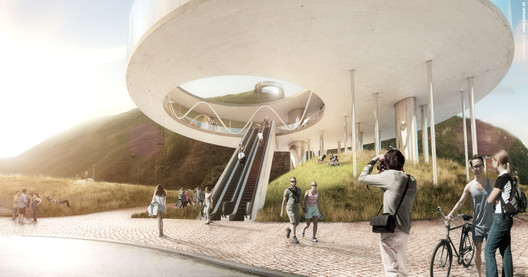