Construction of Santiago Calatrava’s Museu do Amanhã (Museum of Tomorrow) in Rio de Janeiro is underway and on-track to be completed in the second half of 2015. Located on the Pier Mauá, the museum will encompass a 15,000m2 built area and include gardens, leisure areas, bike paths, and a reflective pool, totaling over 30,000m2. The ground floor of the museum will include a store, auditorium, temporary exhibit rooms, a restaurant, administrative offices and space for research and educational activities. The upper floor, connected to the ground floor with ramps, will include long-term exhibits, a café and a panoramic lookout. 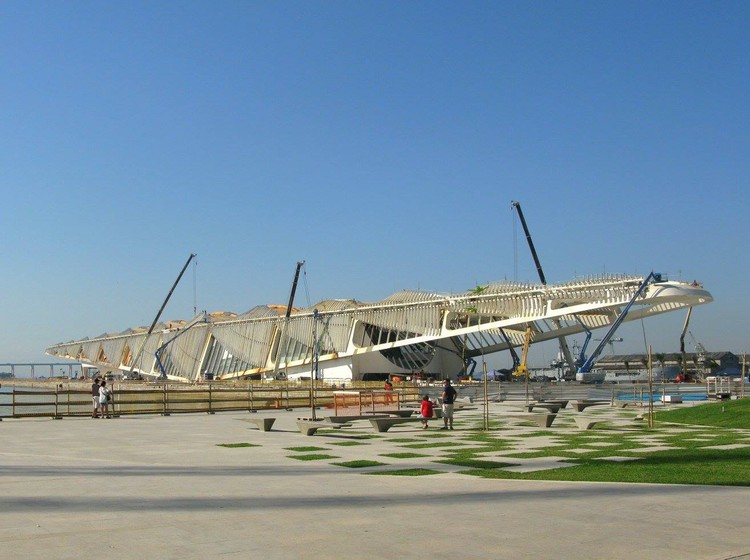 The Museum of Tomorrow is set to be rated LEED Platinum, approved by the Green Building Council of Brazil. This is a result of not just several big decisions, but of multiple small actions that have a great total effect. Construction has made use of recycled materials produced close to the site. The building will be cooled using the water of Guanabara Bay, filtering the water in the process and preserving marine life. Solar panels designed to move throughout the day to capture the maximum amount of light will provide internal energy.

Construction of the Museum of Tomorrow is part of Porto Maravilha: a massive series of urban renewal projects developed by Rio de Janeiro and supported by the state and federal governments. Altogether, the project will re-develop over five-million square meters and introduce new urban services such as selective trash collection, more efficient street lighting and bike lanes. Along with projects like the Art Museum of Rio de Janeiro, the Museum of Tomorrow will promote both an appreciation of the history of the area and optimism for its future.

The project is set to open in the second half of 2015. View more photos on Paul Clemence's page. 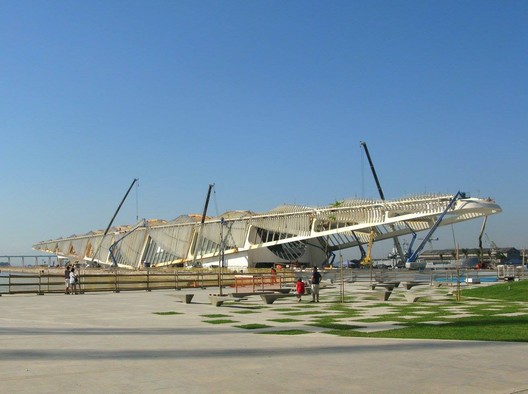