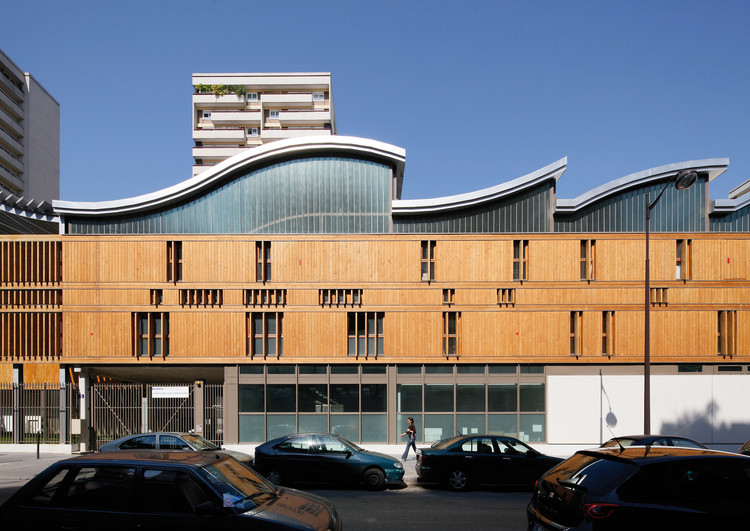 Text description provided by the architects. The Michelet development was built in the 1960s on the site of a former gasworks. The urban form of this major development, totalling more than one thousand eight hundred social dwellings, is typical of its period and is similar in some respects to the large housing complexes produced by post-war reconstruction policies. Seventeen tower blocks share a planted site, in line with the approach of the modern town built in green space. The development remains relatively enclosed and still difficult to access in an out-of-the-way part of the 19th arrondissement of Paris.

As with the large housing complexes, it unfortunately experiences many social problems which ensure that it features far too often in the crime pages of the local newspapers. Since 2000, it has been one of eleven major urban renewal project operations (GPRU), a procedure intended for problem neighbourhoods, with the aim of addressing some of its structural problems. Among the proposals made by the teams working on the restructuring of the site, was the return to the street of facilities located in the heart of the vast development. The construction of the school on Rue de Cambrai is symbolic of this return to the street and to public spaces. The addition to this scheme of a municipal workshop helped to maximise land use, land being a scarce and expensive resource in Paris, even in the east of the capital.

Jean-François Schmit’s project does not differentiate the constituent elements: a large timber parallelepiped, a hundred metres long on its longest side, encompasses the school and the maintenance workshops. This unifying volume makes it possible to alternate recesses and solid masses on the facade without impairing the continuity of the building, and allows the discrete incorporation of the three main entrances - to the workshops, the school and the service yard. On the summit of the edifice, a series of free forms, saw-tooth roofs, demarcate the area reserved for the municipal technical units. An expressionist gesture tempering the moderation of intentionally calm and sober architecture, seeking to project a reassuring and protective image of the public authority. The use of timber cladding provides a warm and dissonant note in an area somewhat dominated by concrete and the malaise that can sometimes be associated with these worlds that are very much characterised by hardscape and modernity.

The school is the first in Paris capable of accommodating all types of disability, for both staff and students. The classrooms and common facilities are built around a large internal courtyard, an inward-looking world for reasons of security (pupils must be protected from prying eyes). When they cannot receive light from the courtyard or the street, the rooms receive an influx of light from above. 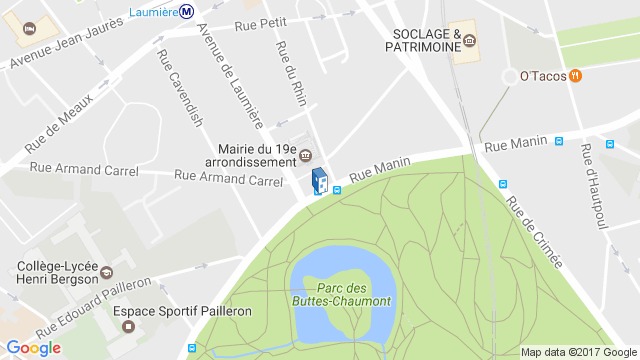 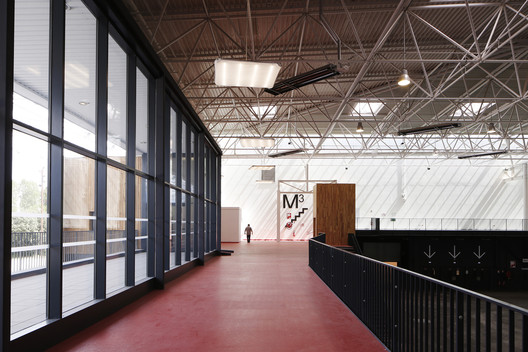 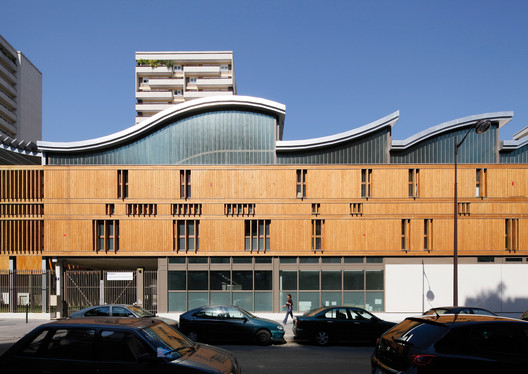