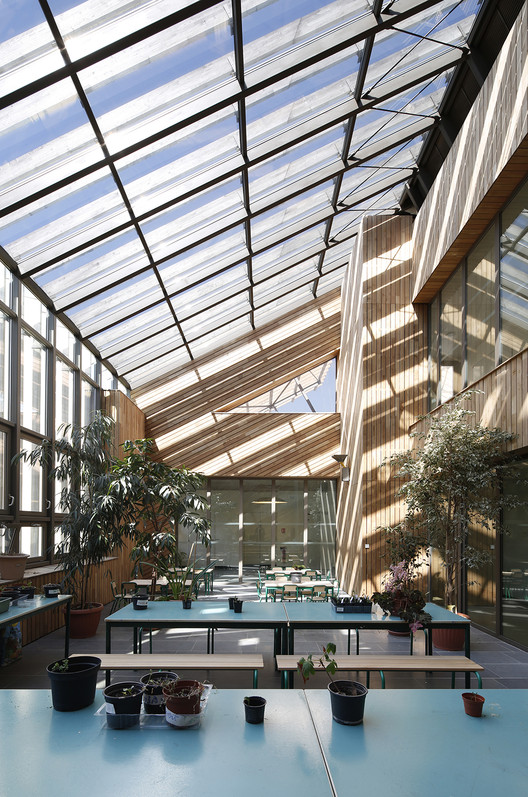 Text description provided by the architects. The 21st century school will be environmental or it won’t exist! In this project, it was not simply a matter of rebuilding a school complex, but of effecting its transformation into an “eco-school”. Siting choices make it possible to go beyond the performative character of eco-construction, too often reduced to questions of figures and performance, and instead afford greater place to the concepts of mood and atmosphere. The school complex is in a park at the centre of a block, introducing a fresh-air oasis and change of surroundings into a rather dense urban environment. The reversal of the access arrangements accentuates this effect, since it emphasises the proximity of the school to the linear garden that will soon be planted on the former inner ring railway line in the southern part of the plot.

The building, accommodating a primary school and a nursery school, presents itself as a long horizontal form with acacia cladding, a parallelepiped volume interrupted locally at its base by "rocks", signposting the communal areas of each establishment - kitchen, covered play area, library, health and social services unit, etc. The roofs covering a portion of the building perform a role that is both symbolic and environmental. An allegory of the establishment, that the young pupils depict in the schematic form of a building topped by a roof with two slopes, they are equipped with photovoltaic cells and their angle optimises their performance. This headgear also conceals the technical facilities and is extended by a greenhouse and a shade house, from which the pupils can contemplate a Zen garden.

As the work was being performed on an occupied site, the implementation of strict phasing was considered essential, an indispensable condition enabling users to embrace the future project. Jean-François Schmit rejected the hypothesis of temporary buildings and gave preference to the installation of permanent buildings in two phases, the construction of the primary school preceding the construction of the nursery school. The monumental representation of the Republic’s motto on the north facade affirms the civic and environmentally responsible role of this building that is concealed beneath green facades on its southern face. 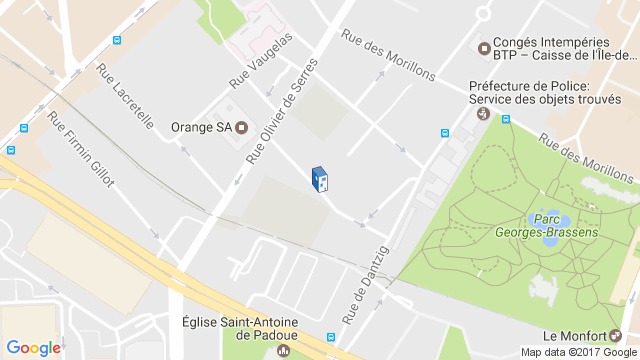