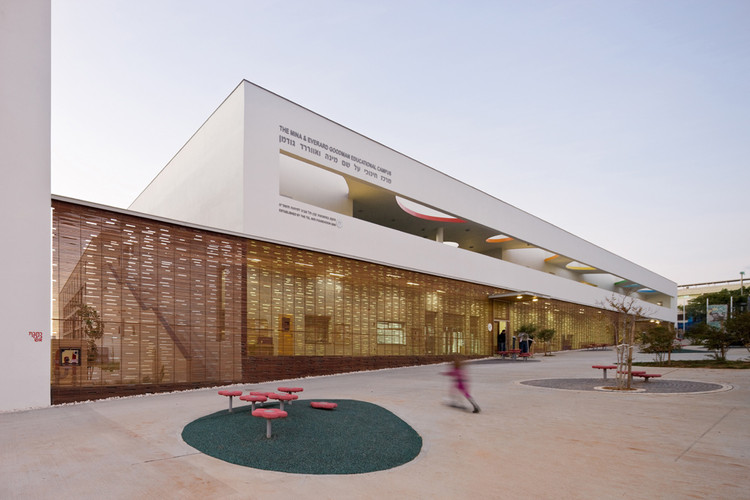 Text description provided by the architects. The Remez Arlozorov Community Campus was the winning entry of a public competition held by the Tel Aviv Municipality. The call was for the design of a communal, mixed use complex at the center of Tel Aviv, next to some iconic buildings from the sixties. The winning scheme by Mayslits Kassif Architects organized the compound's buildings - an auditorium, a sports center, a residential tower and an education wing - around a public space which serves as the vital hub of the complex.

The first building that was erected in the complex is The Mina & Everard Goodman Educational Campus & Municipal Offices. The building was opened to the public in July 2009.

The 100m long horizontal, serene structure of the education wing is juxtaposed with the lightly sloped site, enabling differentiation of scale and a series of terraced spaces accompanying the long building.

The dense plot and the tight public budget posed a challenge and led to the search of a feasible, yet inspiring design. The kindergartens are, therefore, built on two levels implementing compact land use which creates an urban version of the familiar childcare programmes.

An original woven timber fabric separates the public space from the children's realm, creating a light filter and playful articulation of horizontality and linearity. This handcrafted system acts as a contemporary variation of the Tel-Avivian brise-soleil architectural tradition, which provides solar protection while enabling an air flow through the facade.

The color spectrum is used in various ways throughout the building, serving both as an orientation device and as a sensual stimulus, creating an exciting learning environment for the children.

The project's architectural asset is in the creation of a contemporary and playful interpretation of its modernistic, monumental surroundings. The success of composing a stimulating design for its diverse users by simple gestures awarded the project its wide public recognition and several significant awards. 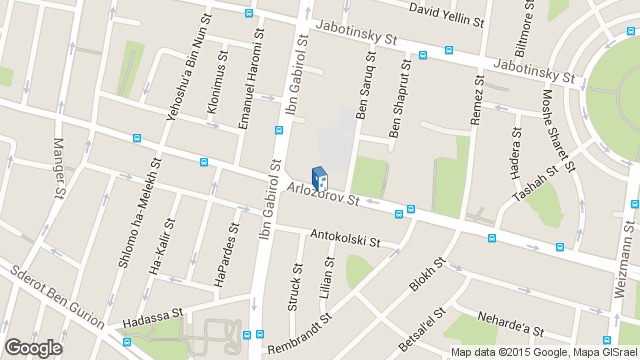 Location to be used only as a reference. It could indicate city/country but not exact address.
Share
Or
Copy
About this office
Mayslits Kassif Architects
Office
•••