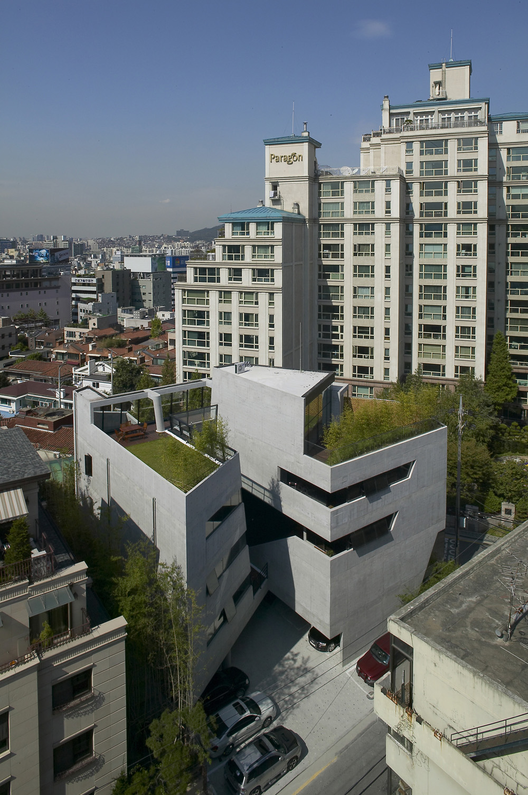 Text description provided by the architects. M+ is a building located at the resonating border/liminal space where heterogeneous urban elements such as super-luxury residential skyscrapers, dilapidated low-rise housing, houses converted into offices, and offices that double as residences all collide and interact. M+ is a process of discovering the ever renewing relational possibility within this liminality. Like the primal vitality of the colossal black obelisk in the movie 2001:A Space Odyssey, M+ is also a process of unearthing hidden life forces in this urban desert, or like the forest spirits of the animation Princess Mononoke, it is a process of dematerialization as the awakened genius loci with so many tentacles dissolves the mass of urban concrete. Also, M+ strives to restore the relationship between nature and human beings that has been lost in the desolate urban environment. This is done by uncovering and pulling visual corridors for nature into the site.

As for the general functional program, I agonized over the 3D puzzle of creating 'a house with garden' within four-story space. This is because the most popular space in the neighborhood is the renovated residential office, namely a house with garden. I saw that a vertical "house with a garden" would provide more flexibility in accommodating various rental needs.

To make this 3D spatial organization possible, the usually forgotten (in terms of design) egress stair is peeled off from a core, and renewed as vertical open space with greenery, threading through various voids inside and outside the building This space includes the sunken garden, second floor courtyard, fourth floor terrace, and roof garden. Such a vertical garden creates new relationships among users as well as between users and the neighborhood, architecture and the city, and ultimately between people and nature. Also the corner of the building above the sunken garden is lifted to allow a new relationship between M+ and the surrounding urban setting at the corner, and even more importantly, between the private and public domains. 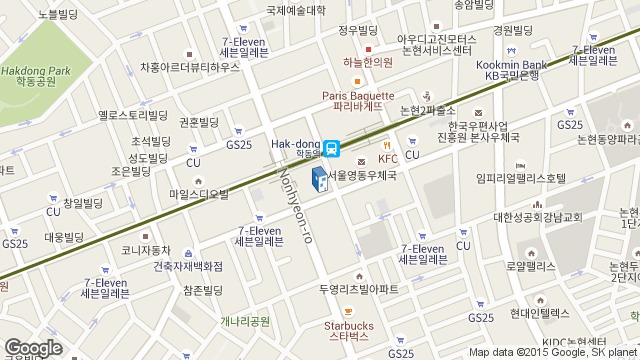 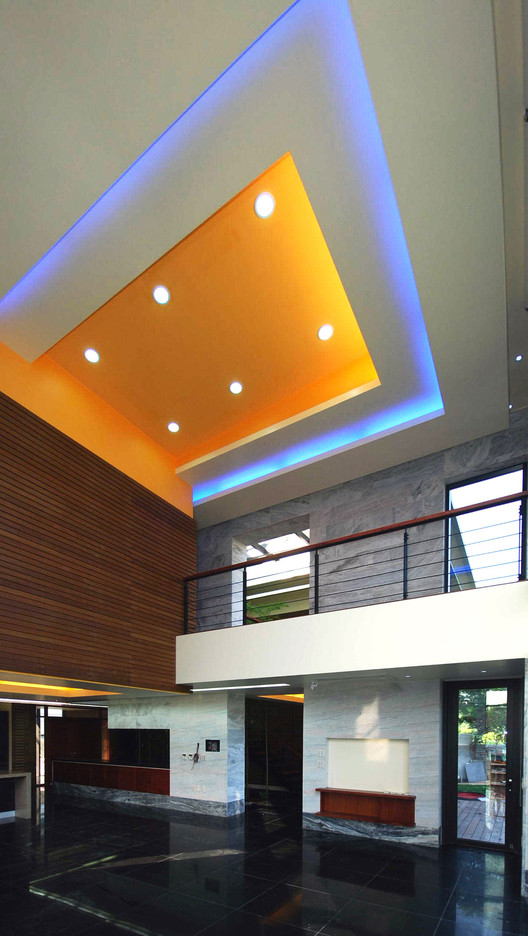