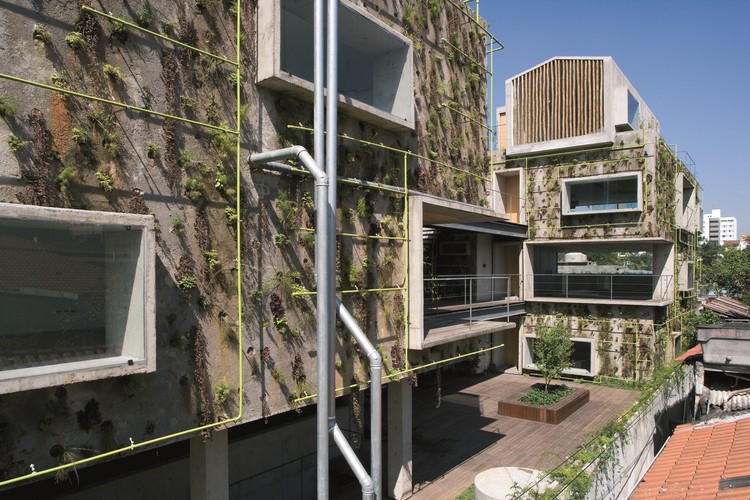 Text description provided by the architects. The project in Harmonia Street is located in a neighborhood in the west side of São Paulo, where artistic life and creativity penetrates easily, where galleries and walls are mixed up, functioning as a stage for new expression forms. The alley in front of the building is an example - its graffiti present a concept of experimentation that flows out from the street into the construction.

Like a living body, the building breathes, sweats and modifies itself, transcending its inertia. The walls are thick and covered externally by a vegetal layer that works like the skin of the structure. This dense wall is made of an organic concrete that has pores, where several plant species grow, giving the facades a unique look.

In this great machine, where the rain and soil waters are drained, treated and reused, a complex ecosystem is formed within the local. As in Deleuze's theory, this ecosystem is a multi functional universe made of several interconnected machines. It's a zone of multiplicity, where meanings and actions float between the unsaid, resulting in dynamic entities.

Its insides are exposed in the facades while the interior spaces are well finished with clear and luminous surfaces, as if the construction was inside out. The pipelines that serve the whole building - as well as the pumps and the water treatment system - are showing in the exterior walls, embracing them like veins and arteries of a body.

The building is like a neutral, grey base, sculpted and deformed. The aesthetic is a result of the process - the structure is rough and has a primitive elegance - a reflex of the actual concern with environmental issues and the investigation of ways of intervention.

Its volume is quite simple, but also remarkable: two grand vegetal blocks are connected by a metallic footbridge, cut by concrete and glass windows and terraces. Between the blocks a internal plaza opens like a clearing and acts like a place of encountering.

The terraces are spread in each floor, creating a visual game between volumes, lighting and transparency in the internal spaces. The frontal block is completely suspense, levitating over pilotis, while the back block is solid, complemented by a birdhouse-like volume on top of it.

Once again as a living body, its windows open up to the exterior with its concrete lips and terraces cut out pieces of the main volumes in different points, like eyes looking at the city from several points of view, while a giant concrete mouth invites automobiles to be swallowed to the inside of the building.

The result of this ensemble is an exceptional edifice that presents a new perspective on "live architecture". 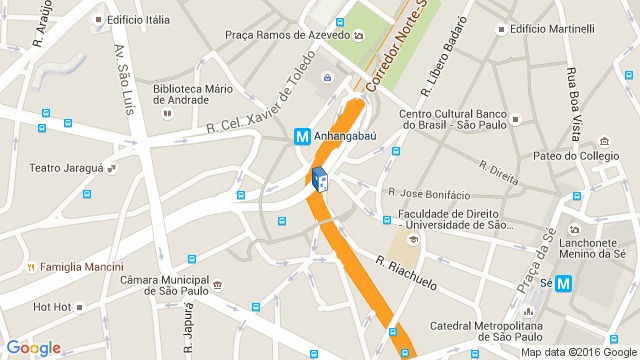