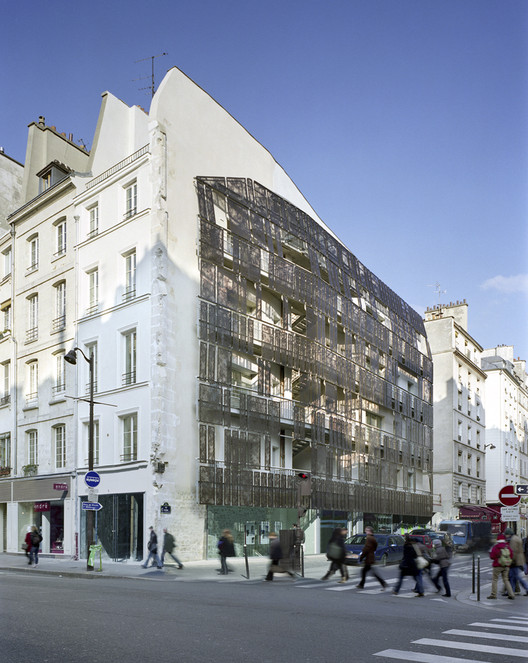 Text description provided by the architects. This project located in the heart of the Marais district comprises the rehabilitation of the building 76, Rue Saint-Antoine and the adjoining plot at 1, Rue de Turenne.

Dating back to the seventeenth century, the existing building is built on a very narrow site. The project will complete the block and create a new façade for the gable-end that currently bears the traces of a building that was demolished to make way for Rue de Turenne.

The existing building has been preserved and refurbished. The upper storeys have been enlarged by the addition of extra space to the existing area of each floor, creating more spacious accommodations facing Rue de Turenne.

The gable has been opened out to provide the best possible views.

An exterior skin has been added to protect the newly created spaces and give them a certain coherence.

The general aspect matches the officially sanctioned proportions for the area. The housing units created are two- and four-room flats and loft-style studios. They are accessed by open-air staircases leading up from the interior courtyard. Each unit has a terrace or a balcony. All rooms open onto a central living room, reducing the need for corridors. 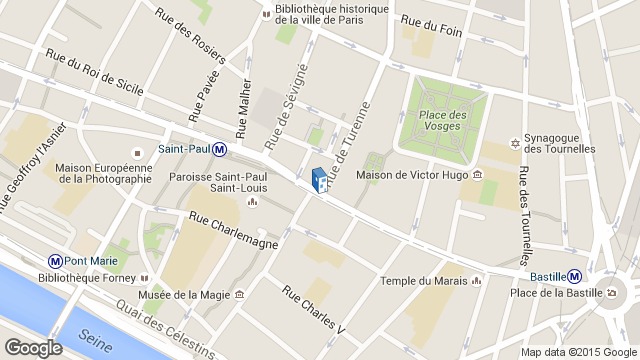 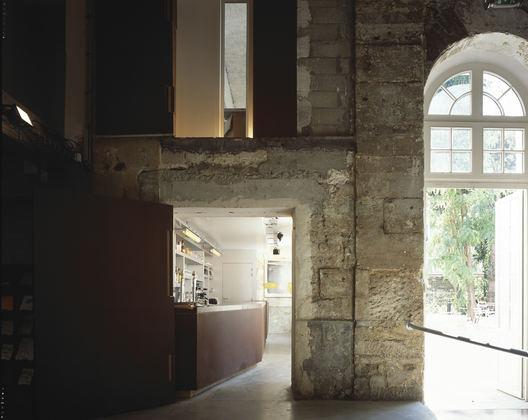