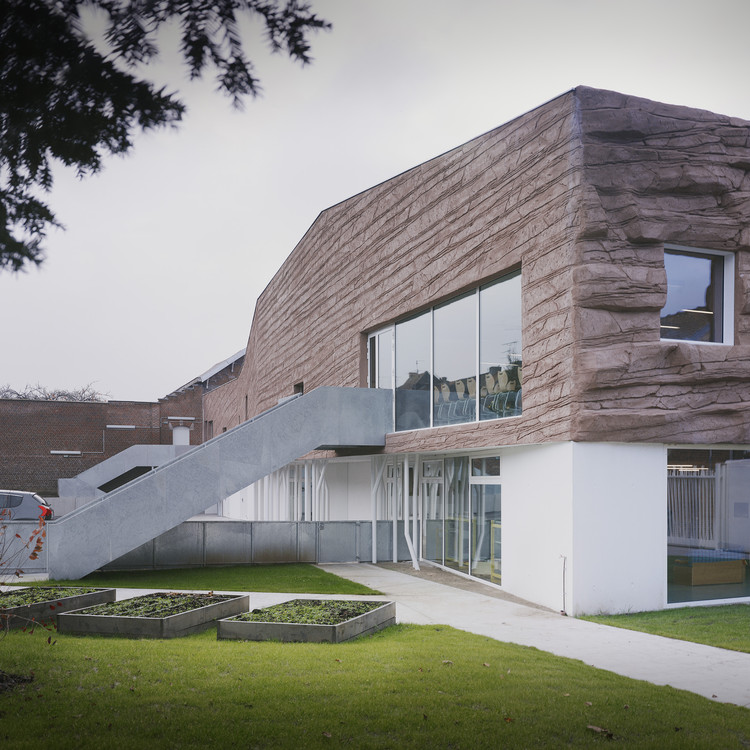 Text description provided by the architects. The « Roc »

“The grotto formed a huge hall. Over its granite floor gently flowed the faithful stream. At such a distance from its source, its water was only the same temperature as the air, and we could drink it without difficulty.
After breakfast, the professor wanted to spend a few hours putting his daily notes into order”.

Journey to the Center of the Earth, Jules Vernes

Achieved as part of the restructuring of an existing school complex consisting of two separate schools, the school restaurant “Roc" creates an architectural event in the heart of a city block. The building built on two levels is the meeting point between the two schools, and it gives the school complex the identity and the consistency that were lacking.

The main volume’s effect of the building is spectacular: a rock suspended over the void, both solid and aerial. The rocky aspect contrasts with the whiteness of the ground floor walls, the jambs of the woodwork and the ground, reinforcing the floating impression of the rock. A special care has been reserved to the graphic of the signage and the grids of the whole school complex that allow the new construction to exist in harmony with the original buildings.

In this very mineral set, the random alignment and the inflections of the courtyard’s supporting posts suggest a raid of the plant. This is the edge of a forest where parents can shelter waiting for their children to go out of school.

Thanks to the separation, the reduction of the ground surface area frees the rear surfaces of the land for a garden and an educational plot. The access to the teachers parking is through a hall under the connection between the kindergarten and the restaurant, in order to avoid children from crossing cars.

Perched symbolically a bit higher than the surrounding wall of the schools aisle, open to the sky, the school restaurant is a hybrid between the cave and the tree house. It’s the starting point of great stories.

For this school complex locked in a residences block and connected by a street as a corridor, the accomplishment of such a project meets the two desires of the architects: create a paradoxical urban situation, and deliver a message to children: everything is possible.

Made of shotcrete, molded and hand carved by a skilled craftsman, the facade reproduces perfectly the rock with its cracks, edges and rounding due to the erosion, geotectonic, and deformation of the strata. For the sake of integration into the urban landscape, the clay shade is similar to the clay brick, but the frame and the format of the rocks impose a change of scale. Here, we put forward the great outdoors, the canyons, and the mountains ... The adventure.

Get off the beaten track, the hybrid architecture of the building offers a transition between the red bricks environment and an ocher rocks landscape. As amended, the overview of the street opens up new perspectives. It is an invitation to the opening, a stimulus to the imagination.

Surrounded by a high wall of red bricks, the schools path presents an unusual inclination for the region, which places the two buildings of the school complex into different levels. With the extension of each of the schools to the center, the building is built at the junction: the ground floor of the restaurant extends the elementary school, while the floor is in the same level of the kindergarten.

With its particular position, the building has several entry points that allow different types of users to access in optimum conditions. From the kindergarten, the connection goes unnoticed: the corridor leading off to the classes continues to reach directly to the restaurant. For the little ones, it is a guaranteed convenient and safe access: no need to put on coats to leave, nor to use the stairs.

The elementary school students enter the ground floor from their yard, and outside users access from the street to the building when this latter is used as a multipurpose room, according to the specifications listed for the project.

Friendly place, "Roc" is thus the confluence point par excellence: meeting of the two schools, center of the block, connection between the public and the private, confluence of the top and the bottom, of here and there.

From the inside, the restaurant has the great advantage of the elevation: the brightness. The variable size windows pierce the facade on the pace of an unknown partition up to now, while the gables are open by large plate glass windows. Majestic light shafts, smoothly, let in plenty of natural light.

The dining hall, bathed in light, has also an ideal acoustic comfort, thanks to a coating of plaster smoothed by hand, usually reserved for concert halls. The white surface, very elegant, highlights with its sobriety the artificial rock walls, identical to the outside.

To gain fluency, the junctions between the different surfaces are gummed: no joints, foot barriers, or links, which are elements into which the mind bumps. The continuous surfaces, the smooth transitions, and the lack of angles, aim to more freedom. No limits to the imagination.

“I carried no rope, no tent or bivouac gear, no hardware save my ice axes. My plan was to go light and fast, to reach the summit and make it back down before the weather turned. Pushing myself, continually out of breath, I scurried up and to the left, across small snowfields linked by ice-choked clefts and short rock steps.” 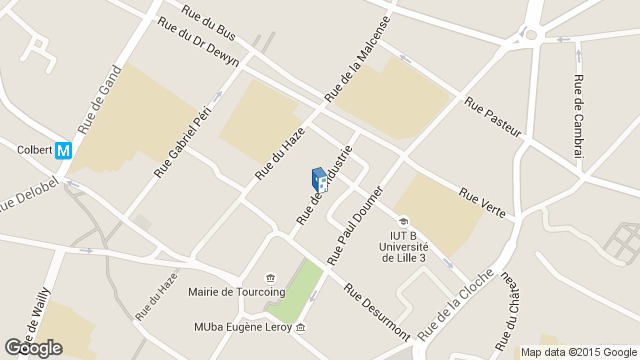 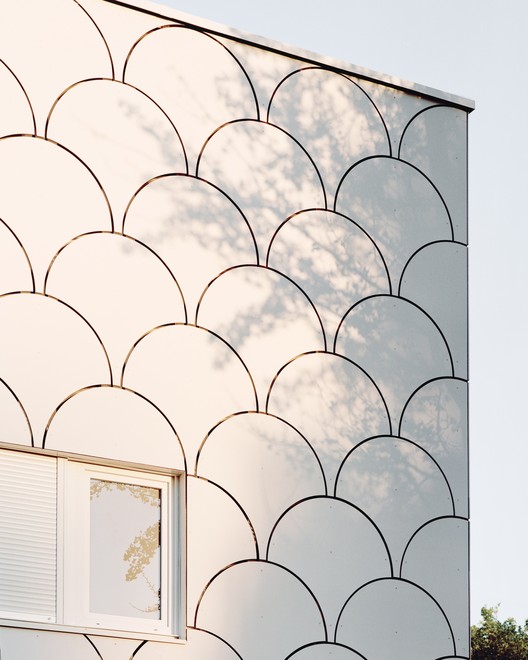 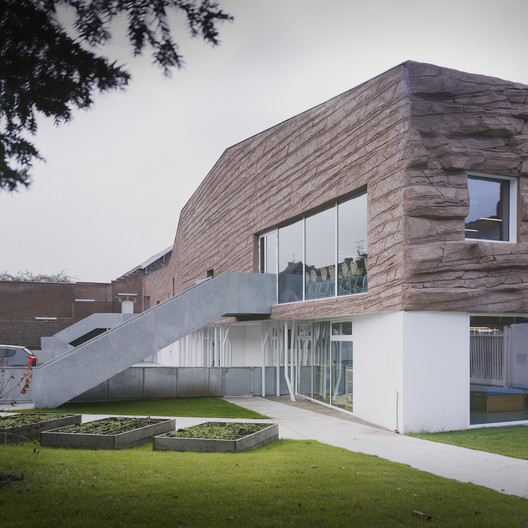