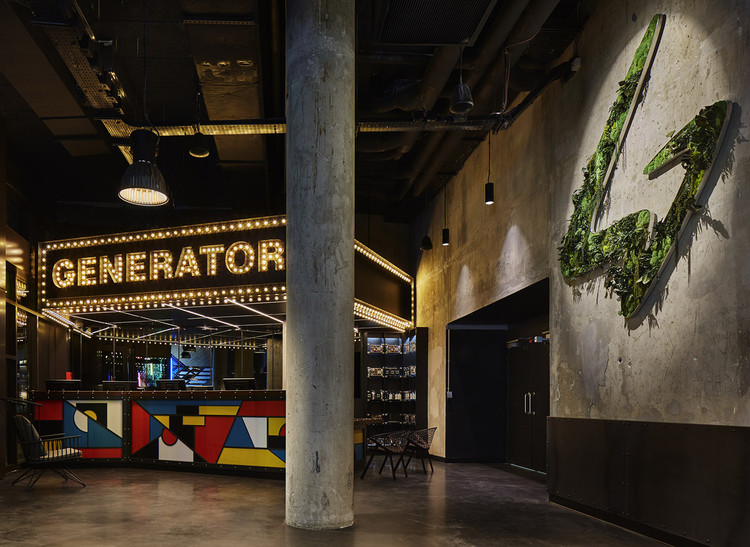 Text description provided by the architects. Generator Paris is the newest location in Generator’s quickly expanding chain of distinctive and eclectic urban design hostels. Located in the 10th Arrondissement – the trendiest Parisian neighbourhood known for its hip galleries, shops, cafés and bars, Generator stands opposite the prestigious French Communist Headquarters by Oscar Niemeyer, just steps from Canal Saint-Martin and Buttes-Chaumont Park, and a 15–minute walk from the Gare du Nord train station.

Constructed in 1985 as an eight-storey office block, the property was gutted and transformed by Parisian project architect, Studios d’Architecture Ory & Associés, with interiors by Toronto-based DesignAgency, under the creative direction of Anwar Mekhayech. The property follows Generator’s universal concept of affordable and design-driven accommodations in prime locations, with an emphasis on a wide range of vibrant social spaces. Accommodating up to 916 guests in a range of shared rooms, twin rooms and penthouse rooms with private terraces—all with private en-suite bathrooms—this is the largest Generator property to date.

The interior design was inspired by the cinematic experience of strolling Paris’ streets and discovering its romantic moments, changing moods and rich colours. To highlight these themes, Mekhayech and his team created a series of mise-en-scènes that playfully flaunt their simultaneous fiction and reality. The vibe is hip and exciting, mixing the concrete/industrial backdrop with warm materials, tactical textures, vintage finds from Parisian flea markets, signature design elements including those from Tolix, Jielde and Tom Dixon, and unique pieces made by emerging industrial and furniture designers such as Blom & Blom, Spain’s Lobster’s Day and local artists including Romain Guillet and You Talking to Me.

Stepping off Colonel Fabien Place into the lobby, guests are greeted by the dramatic sparkle of a lit marquee, suspended over a lively, Mondrian-inspired reception desk. On the upper level, a Moroccan infused chill-out space features custom wood pallet and kilim sectionals, and a typographic mural by Dutch designer and typographic artist, Ceizer. Channeling the vibe of Paris’ many brasserie-lined streets, Café Fabien and its adjoining canteen open up to a garden and solarium. A curved concrete stair descends to the bar that conveys the impression of a secret Parisian metro party, complete with retro seat fabrics and curved metro tiles, terminating in a super-graphic print of a platform by local French photographer Ludovic Le Couster. Opening in the spring of 2015, the roof terrace will also have a spectacular bar with a pop-up crêpe stand and sunset views of Montmartre and Sacré-Coeur.

According to Mekhayech, “this generator project allowed us the opportunity to give the interiors a bold attitude and a unique spirit, taking the guest on a cinematic journey. Rather than connecting each space, the design becomes more of an exploration of ideas—both real and surreal. There is so much diversity in Paris, that as a designer you can really do anything!” 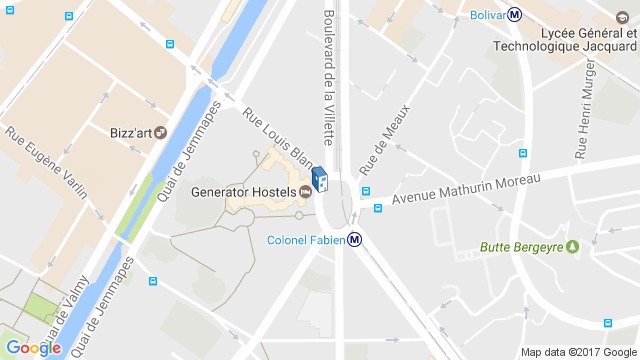