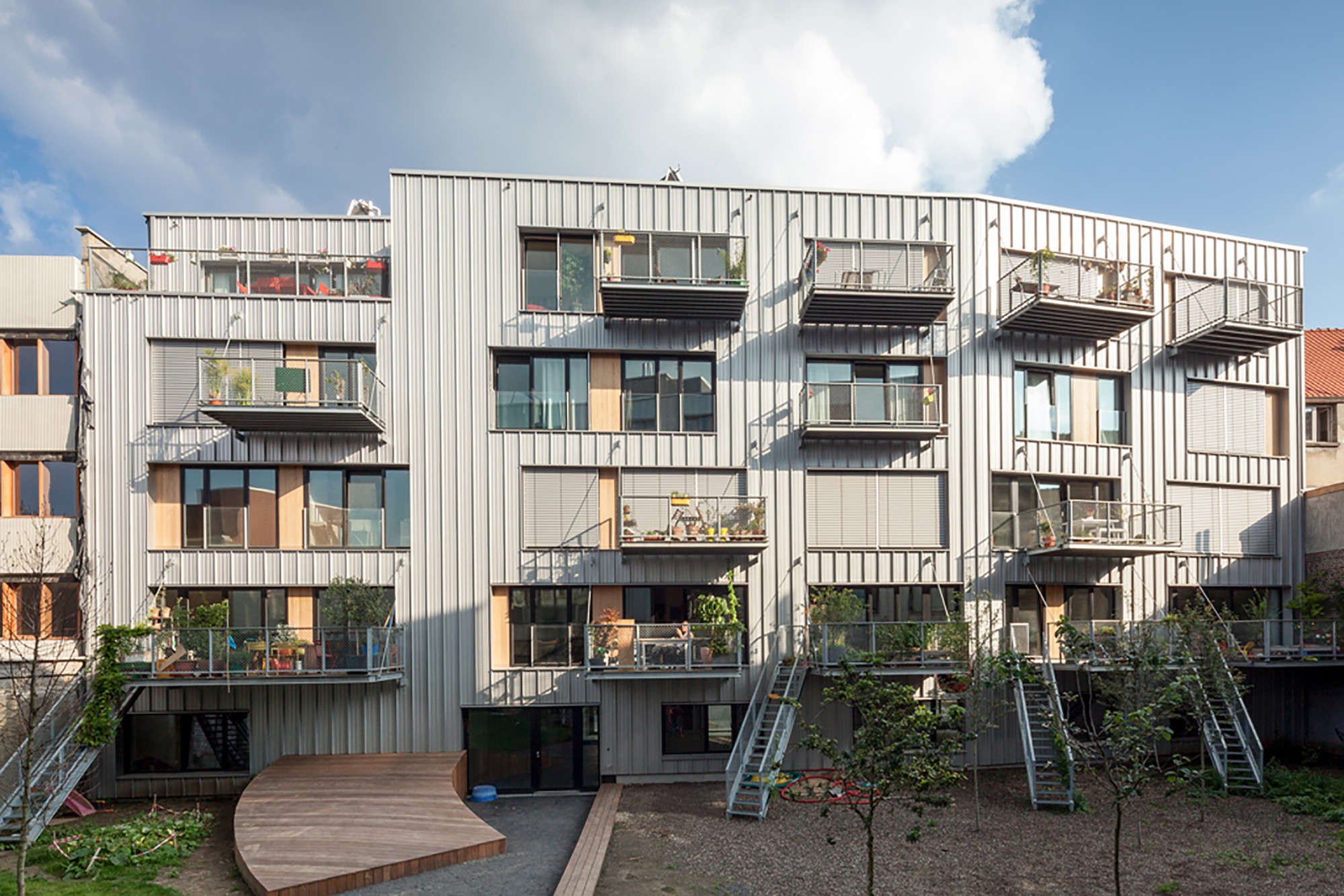 Text description provided by the architects. A group of residents of Brussels teamed up and worked together to build Brutopia, a large scale cohousing project. Their focus was set on durability, prosperity, ecology and social diversity.

The new building project, within a stone’s throw of the contemporary art centre Wiels, exists out of 2 volumes, connected by a large shared garden. Brutopia exists out of 29 apartements, some business spaces and a local service centre. The result is a mix of living en working. The themes ‘planet’, ‘people’, ‘prosperity’ and ‘participation’ are threaded through this innovative complex.

The site was chosen because of her good connection to general public transport facilities. Besides this, a large scale bicycle parking has been created and the inhabitants have set up a car sharing system. Out of the 29 apartments, 27 are considered as ‘passive’ housing and the 2 others as ‘very-low energy’ housing. Seven dwellings are zero energy entities. The roofs are provided with rainwater recuperation systems and solar panels. In 2009, Brutopia got the ‘example building’ price, that has been handed out by Brussels Environment. In 2013, Brutopia won the blue house price for sustainable and affordable housing.

Both, young adults and pensioners come together in Brutopia. Diversity is also present in terms of language, income and occupation. Furthermore the whole building has been made accessible for persons with reduced mobility. The project really creates a dwelling environment full of meeting places for the inhabitants of the building just like inhabitants of the neighbourhood. There is, among others, a common garden, a shared laundry room, a shared multifunctional space, etc… The connection with the neighbourhood is strengthened by the presence of business spaces and a service centre for local elderly.

The inhabitants of Brutopia joined together to implement themselves the tasks of a ‘classical’ developer. This collaboration made it, for most of the participants, possible to continue living in the capital city. The different apartments have variable surfaces and an adapted economical value, so that a divers group of people could move in the project. The apartments were delivered as empty shells which made it possible for everyone to establish their apartment according to there capabilities. The idea made it again possible to broaden the group of inhabitants.

The whole building process has been driven in a participatory way and this concept is still practiced during the habitation. The inhabitants, all having there own specific competitions, accomplished themselves the role that normally is dedicated to a developer. Therefore they initiated a non profit organisation provided with a general assembly, a management board and a governing board.

With a view to the democratic functioning and the viability of the project different working groups were set up involving all the different subjects related to the building project (community, finances, subsidies, construction site,…). This structure with independent working groups made it possible to attribute tasks to the different (future) inhabitants which insured involvement of the whole group. 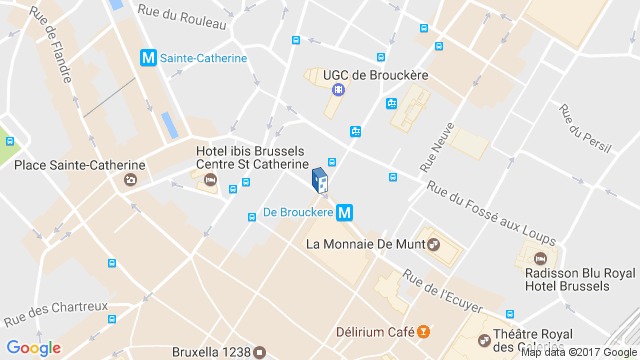 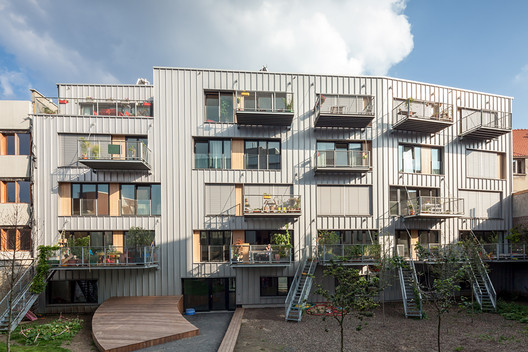