Save
From Tokyo to Milwaukee: Sou Fujimoto and His Impact on Students at the University of Wisconsin
Share
Or
Copy

With the award of the $100,000 Marcus Prize to Sou Fujimoto in 2013, graduate students at the University of Wisconsin-Milwaukee’s School of Architecture were offered the rare opportunity to learn from one of Japan's most respected architectural practitioners. Through a semester-long connection to the studio - which he led alongside University of Wisconsin-Milwaukee Associate Professor Mo Zell - Fujimoto and his students have realized a small architectural installation on an unused lot in Milwaukee's East side entitled faBRICK.

In this interview conducted in Tokyo last year, University of Wisconsin-Milwaukee student Robert Guertin speaks with Fujimoto about the ideas and themes of his work. In an attempt to shed light on the influence he had in the design of faBRICK, his answers are presented alongside images of the resulting installation. 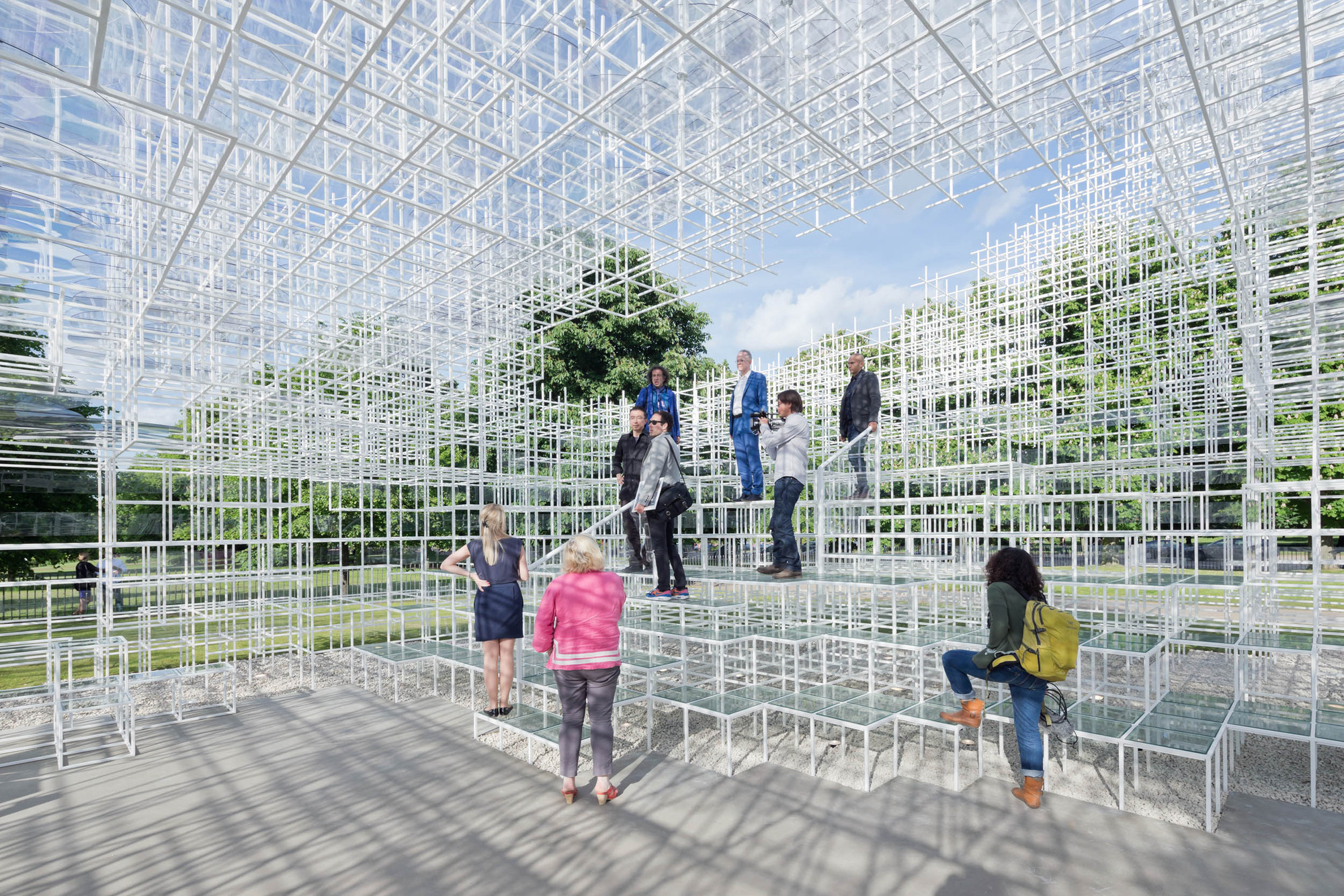 Robert Guertin: What does the word “nature” mean for you and your work?

Sou Fujimoto: I was born on the island of Hokkaido, a natural area, so that was a part of my early life, and then I came to Tokyo. In Tokyo, you see narrow streets or crowded areas. It’s like an artificial forest for me with many, many small things. Then I thought nature itself, trees and something green is of course beautiful. For me, nature can have an amazing complexity and richness, which architectural things have never realized. So I like to think about nature not only as beautiful nature, but order can make such richness, complexity. In that case, real nature and artificial nature could have a shared point.

RG: Looking at the house project NA, what does the notion of inside and outside mean in relation to the context of Tokyo?

SF: That house, we started to think about from inside. I talked to the client and they didn’t have a specific living space, a sleeping space; it was more like a moving around space; to find different corners for different behaviors. I thought it would be nice to have different levels or different areas. Even in a small house, it's nice to have variations. Then the client said they would like to have openings, given that it’s such a small house. Finally, we decided to have many, many glass windows. The backside and the west side have walls and the front has a glass wall. It’s collaboration with the client. They arranged the layout of the curtains like the layering of the space, layering of the room. Not only to shut out the sunrays, but sometimes to have curtains between rooms. That was the creation of graduations. Maybe it's abstract, but the area around the house is very nice, very crowded, with many small shops and small houses. In the process I found out how to make the house out of small pieces, similar to how that area is made of many small pieces. There is a connection in how we make space.

RG: Did they layering of the space affect how the program was developed?

SF: At the final point, when we designed the platforms. Of course we fixed the location of the kitchen and the bathroom, for the pipes, but the rest is flexible. These areas could be used as living spaces. These platforms could have really low ceiling height, 80 centimeters, and could be used as shelves.

RG: How does your architecture and your use of geometry in formulating spaces for the human body reflect the way you approach your projects?

SF: In a sense it’s very simple. From the early days of my architectural career, I was interested in how we subdivide the big scales of architecture to those to fit human body. A 35-centimeter grid worked to integrate the scale of furniture with an architectural scale. Then the double size is 70 centimeters and if you make layers it could be like shelves. And then after I questioned this scale, this span, this module of the usual architecture, I looked to see if it’s proper or if we could find a different module. If you can find different modules than you can reconstruct, restructure architectural order. For these 20 years I was interested in such things. Fortunately the Serpentine Pavilion was one of the realizations of such a trial.

RG: I saw that you had some drawings of chairs, the way the figures represent the scale. Are you interested in other forms of design, for example furniture? Does that fall in the spectrum of your work?

SF: Furniture design is for me still very difficult. Because in architecture design we have our context; we have our requirements. I find now I’m designing furniture as an extension of that. But it is not so clear. Sometimes furniture requires a specific way of doing something. Now I’m still struggling to find my way, but I’m interested in it.

RG: Do you develop these scales and modules as rooms for many people together, or is it a solitary experience for one individual user?

SF: Ideally I like to make a space sometimes for many people, but also the same space for one person. This corner can fit one person, or this corner can fit two people; ideally my architecture spaces are like that. One space can have different scales in it. The user chooses based on their situation, the scale is always changing.That is one thing I’m always thinking about when I design architecture.

RG: In Primitive Future, Toyo Ito recalls your proposal for the Maori prefectural art museum when you said “I want to make weak architecture.” Are you still pursuing that realm of architecture?

SF: Of course “weak” is the tricky word I think. At that time I was interested in how architecture - or the order of architecture - are not so straightforward. [“Weak Architecture”] is more like a forest. Of course its not like architecture is strong, the forest is weak, but it's a different order I think. The forest order is more soft or organic, and architecture's order is more straightforward, even using the curved shape. I tried to bring the this kind of strong order - straight lines or continuous surfaces - more close to the natural, forest-like order. That was the intention behind calling it “Weak Architecture.” Weak doesn’t mean that it isn’t monumental. It’s made from concrete; it’s big. And sometimes it’s required to be really monumental. That is OK. Even the monument could be more like a soft or weak order.

RG: How would you describe the quality of “strangeness”; does it have a correlation to “newness”?

RG: You recently unveiled plans for a tower in Montpellier, does this fundamentally represent a scale shift in your work?

SF: In a sense, yes. It's very simple, the housing tower with many, many balconies. But when the number and size of the balconies is bigger, and there are a huge number of balconies, then the whole meaning changes. In that sense it relates to numbers and sizes, but at the same time its just relating to the very fundamental and the simple architecture based on life in the Mediterranean area. The project started with a very simple natural reaction to their lifestyle. Then during the process, at one point we got a crazy idea to do so many balconies that it changed the definition of the project.

RG: The balconies operate differently than the module in the serpentine pavilion you worked on. Instead of being structural or tectonic, they operate on a performative or ecological level. Does this anticipate new themes in your work?

SF: I’m not sure. The Montpelier project is very unusual, the main part with very many balconies, the number is ten times the normal amount. I don’t see yet at which point which ideas will make me go in new directions. The important part of that project — is very usual — it’s providing a new and old way to enjoy life.

RG: That goes along with the idea of using the ordinary in an extraordinary way, which brings me to the last question: are the new projects at this scale bringing a change in the projects you foresee?

SF: Yes, but at the same time I like to keep diversity in types of projects: small houses, big projects, housing, private houses, and cultural things. The diversity makes me think freely about architecture. If you do bigger projects, then you will lose your sense of the small, or lose some possible inspiration from such a small thing. The same thing happens on the opposite side. I just like to keep the diversity of scales, programs, areas, and climates. That way we will continue to get inspiration from each different project. 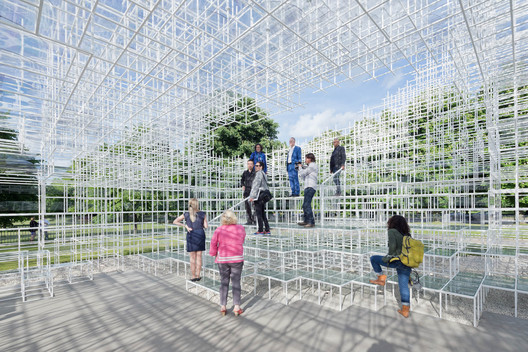