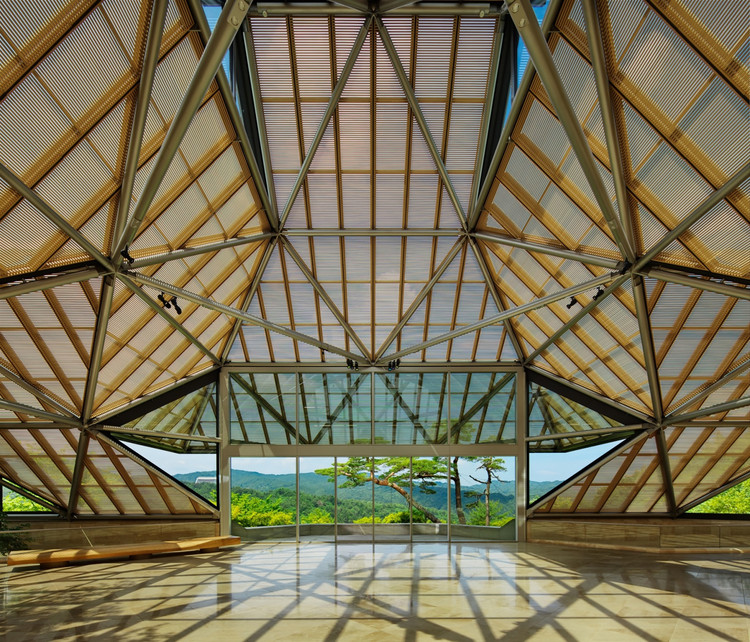 Text description provided by the architects. The Miho Museum was a joint Japanese and American project completed by architect I. M. Pei and Kibowkan International, Inc. in August of 1996 on a scenic mountainside in a nature preserve near the town of Shigaraki, Shiga prefecture, Japan.

The museum's details reflect the designer's innovative endeavor to break new ground, as with the novel appearance of sloped glass walls composed of space frames, the warmth of the materials used, especially the Magny Doré limestone and colored concrete, and the systems for exhibiting and housing works of art under the optimum conditions.

Upon visiting the site on which the museum now stands for the first time, he was moved to declare, "This is Shangri-La." He expressed his own idea by using the Chinese tale “Peach Blossom Valley” to Ms. Mihoko Koyama, the founder of the Miho Museum, and she was immediately in consonance with his idea.

There once lived a fisherman in Eastern China. One day, as he was rowing up a mountain stream, he came across a peach orchard in full bloom. At the end of the orchard, he noticed a ray of light coming from a small cave at the foot of a mountain. Once inside, he found himself on a narrow road, but traveling deeper, a splendid view suddenly opened before him. There was the Shangri-La.

Only after climbing a gently sloping path lined with verdant trees, passing through a tunnel, and crossing a bridge can the Miho Museum be found. The museum is the expression of that moment, the moment that the museum suddenly comes into your eyes. It is just like a script. 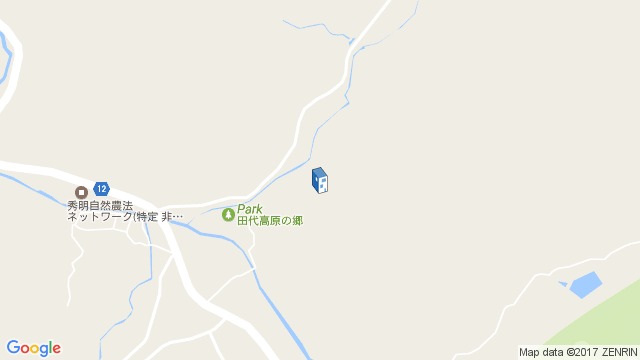 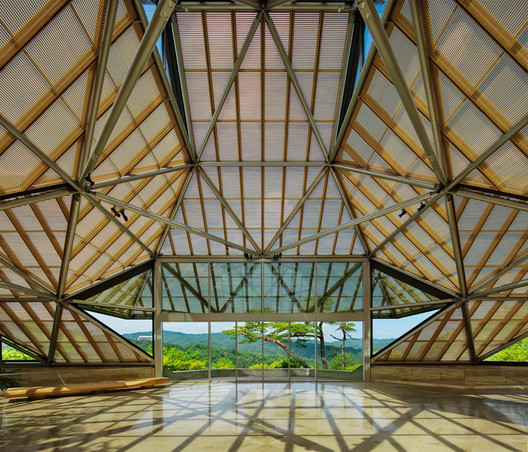