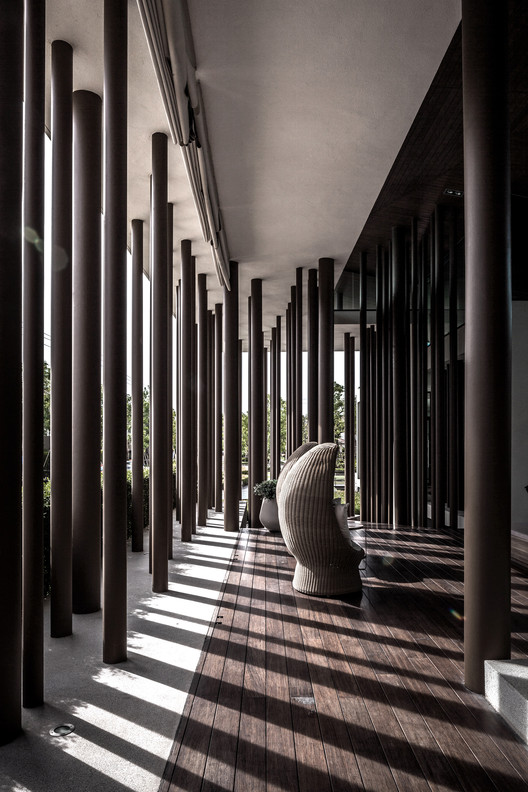 Text description provided by the architects. The clubhouse Burasiri Thakham, which is located on Rama II Road in Bang Khun Thian district, Bangkok, Thailand facilitates a recreational function for a housing estate “Sansiri.” Bang Khun Thian is a community famous for its location since it is Bangkok’s southernmost district, and the only one having access to the sea. Since Bang Khun Thian has Bangkok’s only seashore, this area is named “Talay Krung Thep” or Bangkok sea. According to its context, there are mangrove forests and fishing villages that represent the unique characteristic of this area. Based on this uniqueness, the architect derived the idea of inspirational nature to create the concept of this project.

The clubhouse was designed by considering the orientation and the user’s behaviours. All the functions are placed surround the space to make connections to all activities. The roof of the building was inspired by “Kateng,” which is the local fisherman’s house. Double layer roof was designed for the purpose of heat ventilation.

Based on the site’s characteristic of mangrove forest that is surrounded by mangrove trees lined up, the façade of the building was designed according to this nature-inspired concept. A large number of tubes were employed to represent this quality and turned the interior space into a secret place in the woods. The frontage provides privacy for the building and makes connection between indoor and outdoor space.

The group of pipes serves as both of the structural components and water pipes while affects light and shadow in architecture that vary along the day. There are two ramps provided on both sides of the building. To access to the building, a walking of Little Red Riding Hood is a metaphor for walking along the ramps through the steel jungle of pipes. 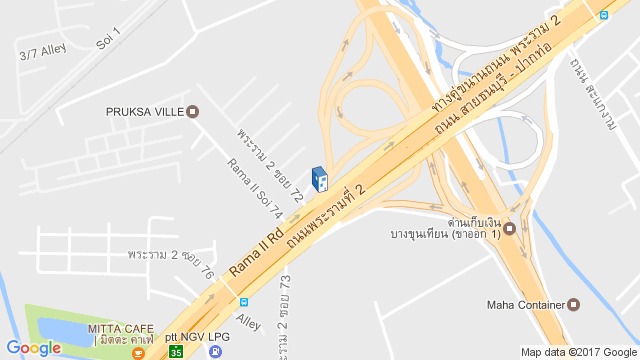