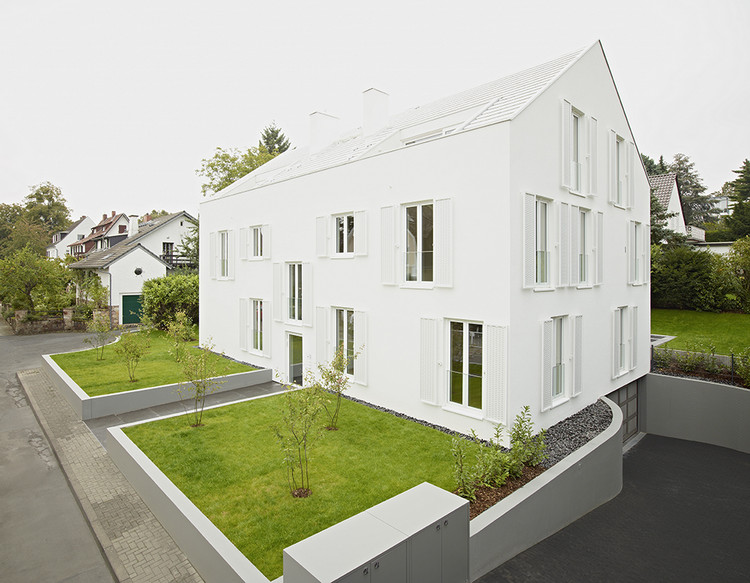 Text description provided by the architects. This residential building at Heiligenstock is located in a residential area with villa-like houses in a relatively homogeneous development. The task given by the client, a developer from Wiesbaden, was to construct a residential building with four units while utilising the plot to its maximum and achieving as much rentable area as possible.

The building extends over three levels, whereby all the bedrooms of all the units are located on the middle floor. The living areas are either on the ground floor or in the attic and each has an open area in front of it.

The four units are L-shaped spaces that are fitted into one another within the building envelope in such a way that the layout and orientation allow maximum privacy despite the dense construction.

The building has a clear expression of form and reacts to the existing buildings and the construction elements that are typical in this residential area but interprets them in a contemporary form.

The simple elementary form of a gable roofed house with a plaster façade and folding shutters on the outside will be entirely white.

However, the white colour of the building and all its elements is not an end in itself. For example, traditional roof surfaces heat to up to 30 degrees Celsius higher than air temperature. Thus, on a sunny day temperatures of up to 60 degrees Celsius can be reached. This heat penetrates the roof and enters the building. This is different with a white roof that reflects the sunlight particularly well and counteracts overheating in the attic, thus achieving a comfortable interior climate without air-conditioning technology. This effect is sustained over long periods because of the dirt-resistant glaze on the roofing tiles.

The expanded metal shutters are also white and can be opened to the desired angle from the inside with a crank mechanism, enabling optimum sun protection and a further reduction of energy input into the building. They also create an attractive dimension to the statics of the building as a moment of movement.

The expanded metal that has been selected for the shutters protects from prying eyes when closed but allows a lot of reflected light into the building because of its geometry. The ‘filtered’ light allows the creation of intimate and protected interior mood with control over views in and out through the continuous adjustability. 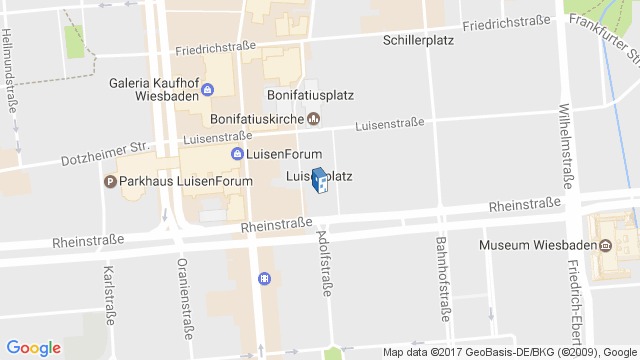